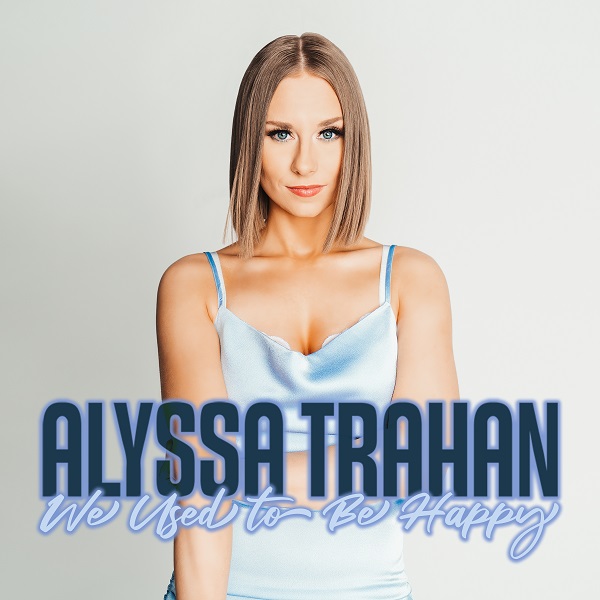 NASHVILLE, Tenn. (January 27, 2021) – Alyssa Trahan released the mid-tempo track “We Used To Be Happy” today. Exclusively premiered by Sounds Like Nashville, her clever writing manages to be both reminiscent and regretful at the same time. The track shares a sense of deep longing for what could have been. Kicking off the first verse, written by Trahan and co-producer Jonathan Guzman along with Adam Drexler and David Cole, with vivid visuals, she traces the story of romantic fallout when the magic disappears. Listen to “We Used To Be Happy Here” here.

“This is my favorite song I’ve ever released. Working with Jonathan on the production really made it sparkle and it has some of my favorite lyrics in it. This is a little sneak peek into my upcoming album and I couldn’t be more excited!” said Trahan.

“The up-tempo breakup tune finds Trahan recalling the blissful days of a past relationship as she struggles to move on from the beautiful what-was.” – Jeremy Chua, Sounds Like Nashville

“We Used To Be Happy” is the latest single off Trahan’s forthcoming album Baby Blues & Stilettos due out this spring. Amidst the pandemic, she was busy self-producing her debut album, showcasing her talents as a producer and multi-instrumentalist. Listeners can expect to be uplifted after listening through this feel good album. Pre-Save Baby Blues & Stilettos here.

About Alyssa Trahan
In a male-dominated business, Alyssa Trahan is giving the guys a run for their money. A jill-of-all-trades, singer, songwriter, multi-instrumentalist, and audio engineer, Trahan began making waves in Nashville as soon as she moved from her hometown of East Rochester, N.Y. in 2016. By producing her own music, she is able to blur genre lines with her modern pop production mixed with traditional country instrumentation winning fans over from all genres. With clever songwriting along with her catchy melodies and sweet vocals, Trahan’s music has taken off with her fans on social media. The release of her single “Ain’t Ever Goin’ Back” garnered more than 1 Million views on Tik Tok, leading to features in Guitar Girl Magazine along with the next single, “Psychology” being featured in American Songwriter. In an unprecedented year, Trahan, who is used to playing over 100 shows a year opening for Jana Kramer, Josh Turner, Lee Greenwood, Lee Ann Womack, Midland and more, focused on the self-production of her first ever full length album. The multi-instrumentalist is now ready to showcase her creativity and talents with the world when Baby Blues & Stilettos releases this spring. With her fast-growing and dedicated fan base, talent and determination, the sky is truly the limit. For more information, follow her at alyssatrahan.com.