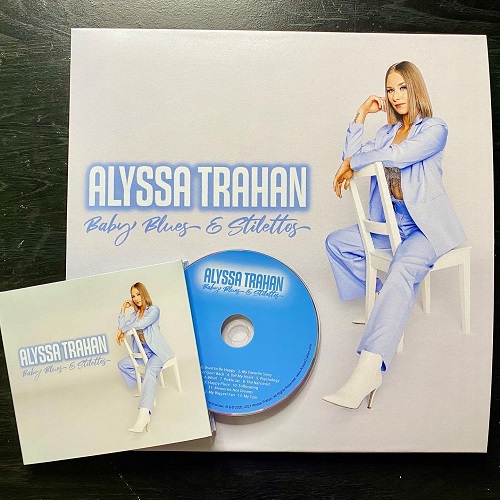 NASHVILLE, Tenn. (May 5, 2021) – Independent artist Alyssa Trahan releases her self-produced, debut album Baby Blues & Stilettos on vinyl. The Rochester, N.Y. native created the entire album from her Nashville, Tenn. apartment while the world was locked down. Never one to sit still, Trahan shows off her skills as a multi-instrumentalist by playing close to every instrument on this record, but credits her father as her teacher, who also appears on the record. Listen to Baby Blues & Stilettos here and purchase the vinyl record here.

“I’m so excited to have the album available on vinyl! There’s something so magical about a vinyl record spinning on a turntable, it adds a kind of sweetness to the music that can’t be matched anywhere else. I can’t wait for people to experience that with this record!” says Trahan.

The album debuted at No. 9 on iTunes Top Country Albums chart and No. 41 on iTunes Top New Albums chart. With a total of over 300,000 streams across platforms, Alyssa is already making a name for herself. She has also joined the famed all female singer/songwriter collective Song Suffragettes, making her debut on May 3 at The Listening Room Cafe in Nashville, Tenn.

“Baby Blues and Stilettos definitely looks the look and walks the walk with well written lyrics along with commensurate music, vocals and harmonies.  This CD will help you prepare to face your losses, celebrate your accomplishments and look forward to experiencing a spiritual rebirth.” – Denise Labrie, Country Music News

Alyssa has been featured on WSMV Today In Nashville and Good Day Rochester. 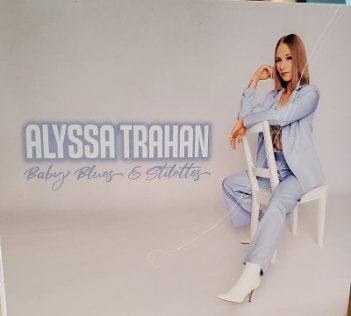 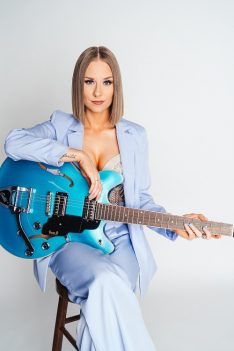 In a male-dominated business, Alyssa Trahan is giving the guys a run for their money. A jill-of-all-trades, singer, songwriter, multi-instrumentalist, and audio engineer, Trahan began making waves in Nashville as soon as she moved from her hometown of East Rochester, N.Y. in 2016. By producing her own music, she is able to blur genre lines with her modern pop production mixed with traditional country instrumentation winning fans over from all genres. With clever songwriting along with her catchy melodies and sweet vocals, Trahan’s music has taken off with her fans on social media. The release of her single “Ain’t Ever Goin’ Back” garnered more than 1 Million views on Tik Tok, leading to features in Guitar Girl Magazine along with the next single, “Psychology” being featured in American Songwriter. In an unprecedented year, Trahan, who is used to playing over 100 shows a year opening for Jana Kramer, Josh Turner, Lee Greenwood, Lee Ann Womack, Midland and more, focused on the self-production of her first ever full length album. The multi-instrumentalist is now ready to showcase her creativity and talents with the world when she released Baby Blues & Stilettos. With her fast-growing and dedicated fan base, talent and determination, the sky is truly the limit. For more information, follow her at alyssatrahan.com.