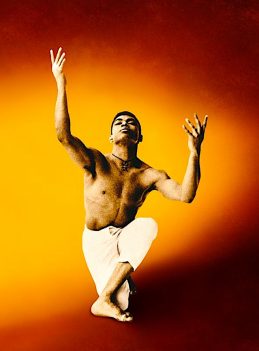 Los Angeles, CA (The Hollywood Times) 8/5/21 – Opening at theatres on Friday, August 6 is the documentary Alvin Ailey (Neon, 2021), directed by Jamila Wignot. Alvin Ailey was a trailblazing pioneer who found salvation through dance. Alvin Ailey traces the life and dance career of this brilliant and enigmatic man whose search for the truth in movement resulted in enduring choreography that centers on the Black American experience with grace, strength, and unparalleled beauty. Told through Ailey’s own words and featuring evocative archival footage and interviews with those who intimately knew him, the documentary is a very traditionally made biography of a very non-traditional artist. Although the movie can at times be slow-paced and dry, it does attempt to understand the legendary choreographer as much as possible.  How do you tell the story of a man who, by all accounts, hid so much of himself from the public and even some of his closest friends and colleagues? Even Ailey’s death from AIDS in 1989 was largely hidden because he was so protective of his private life.

Although private by nature and likely shaped by the homophobia of the time, Alvin Ailey found a way to express himself through dance. He was born in Texas and his mother picked cotton in the fields. They later moved to Los Angeles where he first encountered the dancing of Katherine McDonald, a black woman who had made it in the world of dance. It was Carmen de Lavallade, a dancer or choreographer, who plucked young Alvin out of a gymnastics class and pushed him into becoming a dancer. He moved to New York City, where he mastered ballet and was often the only Black man choreographing dance in the largely white dance world. Drawing on his experiences of growing up in the rural South where the church was all-important, he created in 1958, his best-known work “Revelations” at the age of 28. His childhood memories also provided the inspiration for “Blues Suite.”

The documentary traces the many successes of Alvin Ailey’s career as a choreographer and the formation and evolution of his Alvin Ailey American Dance Company, which is now 60 years old. The focus is on Ailey’s resilience, his sources of inspiration that lead him to create classic and challenging works alike, and his struggles with mental health under the pressures to succeed. Interspersed between Ailey’s biographical narrative, is a series of previews from a then-work-in-progress (directed by Rennie Harris), a tribute from the Ailey dance company to the man and his work. The person with the most insight into Alvin Ailey in the film is Judith Jamison, who was a dancer in the company from 1965 to 1980 and eventually took over the company after Ailey’s death in 1989. As she explains, “We all loved Alvin, but we were not around Alvin during the day. There was something wrong with him. He needed a person he could talk to. He would have relationships intermittently, but no one-on-one relationships. Except with his mother.” To Alvin, his mother was everything and seems to be the most beautiful woman in the world, a kind of Lena Horne. One of his former dancers explains that the theme of Ailey’s dances was always: “Stand in your own being, no matter what. No matter what others may think of you, through your movement, you say: I AM.”

While on tour in Luxembourg with the dance company, Ailey learned of the death of his friend and dancer Joyce Tristet at age 48. This was very hard on him and he began to think about his own mortality. About that time, he met in Paris a very handsome young dancer named Abdullah, who he thought was his real love, and brought him back to New York City to live with him. Abdullah was always being chased by other men and one day just disappeared. In a state of depression, Ailey suffered from mental illness and ended up in a mental institution for a while. 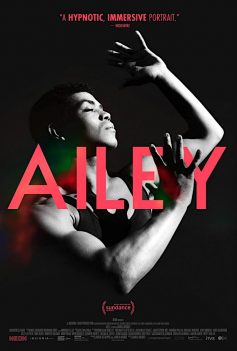 When he was released, he ran into the young gay choreographers and dancers, Arnie Zane and Bill T. Jones. Ailey was impressed with their work and that is what brought him back into the dance world. A cover of Dance Magazine that year featured the three men on its cover. And Ailey choreographed “Resurrection.” However, this was 1988 and Alvin Ailey was looking thinner and became withdrawn. He had contracted AIDS and by December 1, 1989, he was dead. As Bill T. Jones explains, “Black men and women on stage are exemplars, as survivors of racism and slavery, beautiful and strong and seem that they will live forever. Do they have sex? Do they have sex that could kill them? And what about Mr. Ailey himself?” Alvin Ailey was never part of any gay community. He remained an outsider and in denial to the end. As Judith Jamison puts it: “Alvin breathed in and never breathed out. The company was his breath out.”