Beverly Hills, CA (The Hollywood Times) 9/11/18 – Sarah Silverman unveiled season two of her scathing Hulu series “I Love You, America” at the Paley Center in Beverly Hills Friday night.  The fete consisted of a pre-screening reception among the Marilyn Monroe costume exhibit (positively gorgeous and a must-see in itself), a red carpet, a screening of episode one, and a live sit-down interview with Silverman herself.

The affair was considerably more intimate than either the spring PaleyFest, held at the gargantuan Dolby Theater, or previous Silverman festival appearances like November’s VultureFest, held at The Roosevelt and seating hundreds upon hundreds of avid Silverman fans.

Held in the John H. Mitchell theater, which seats only 150, Silverman expounded in her premiere on the current scourge of political liars, abortion, and the controversy surrounding “hero” Colin Kaepernick.  In her on-stage interview with Matt Wilstein of The Daily Beast, she waxed painfully philosophical on the return of her friend Louis C.K. All in all, it was pure, classic, Silverman; whip-smart, wickedly funny, dirty, and, when necessary, well-thought out.

“If you only get your news from Fox News, or the president’s tweets, it’s fine; keep doing that,” she says in her first episode.   “I only ask that you read a couple other points of view as well.  You are eating all carbs. You need some vegetables.  Yes, you might not like the taste at first.  But it’s good for you, and it will make your sh—s healthier.”

So begins season two of the unique brand that is Sarah Silverman.  Her audience Friday night was treated to the real-life luminescence—the actually stunning beauty that she is, when she joined Wilstein for a nearly hour-long discussion of her career, her ideals, and other topics pertinent to her show, and her remarkable career in comedy.  Dressed in a casual short floral dress, combat boots, and her signature pony, she was a vision of intellectualism.

How we got here…the wheels are always turning in this comic genius’ head.  One can see it.  She doesn’t rush an answer if it’s not there, but they do, often, come with lightning speed and hilarity.  Her razor sharp wit never comes at the expense of a fully developed response.  Never more obvious was this, than when she was asked the painful question of how she felt about her “brother,” fellow comedian Louis C.K., making his controversial comeback to the stage.

It was a question, she bluntly told Wilstein, that she’d hoped not to have to hear.  “You know, I very much didn’t want to talk about it,” she said.  Silverman added that when you are as close to someone as she’s been to him, it becomes a more complex issue.  “Things are very black and white if it isn’t someone you love, on either side.  Louis is my brother, we grew up together, I’ve known him since I was 19.  But he did do these things.”  In the end, while clearly agonizing over her answer, she stated “I think I’m too close to this to be objective.” 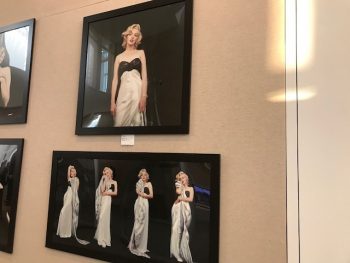 For a woman as opinionated as Silverman, this is a large confession.  It’s not as difficult for her to jump to an answer when asked about Sarah Huckabee Sanders, though she did still take the time deliberate, in as diplomatic a fashion as possible.  Would she serve Sanders?

“Probably,” she answered.  However, to the point, “She’s causing damage.  She’s hurting people.  And she’s got to knowingly lie, and I just can’t respect that.  I feel like maybe if we saw only the best in her she would rise up to that.” 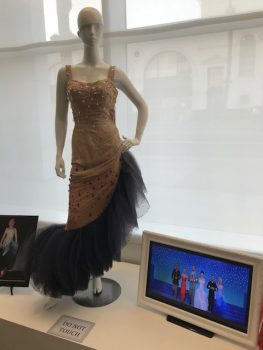 roeWilstein had a truly stimulating conversation with Silverman—one that proved her deep, thoughtful, funny, political nature once again.  She isn’t simply a fad.  Sarah Silverman will live on in quotation and book as surely and as profoundly as masters like Dorothy Parker, and Oscar Wilde.  She is intellectual history in the making.

I Love You, America; Season 2 is now streaming on Hulu.