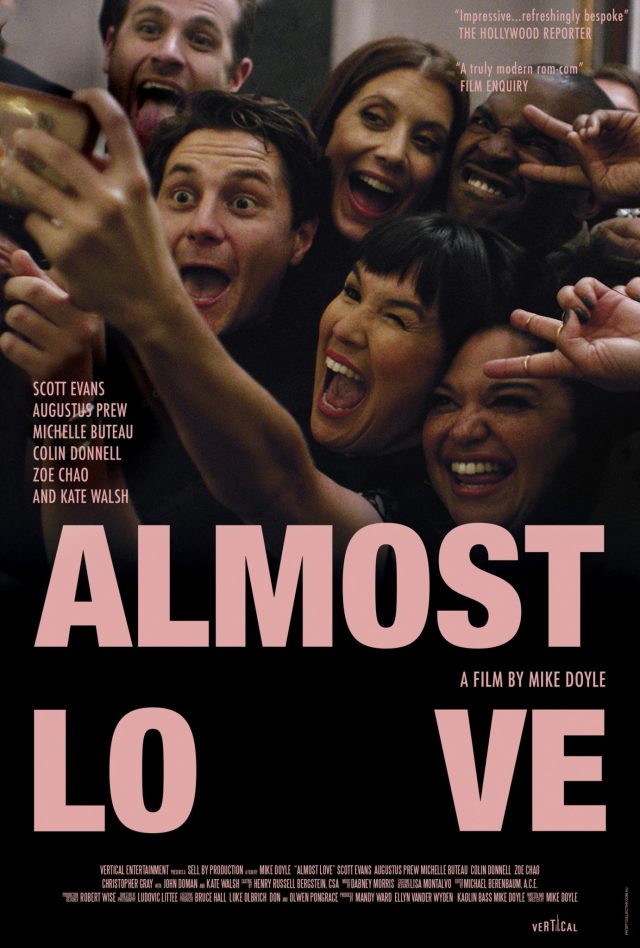 Palm Springs, CA (The Hollywood Times) 1/25/21- I promised myself as a professional artist and writer, for the past thirty-something years, presently wrapping up my fourth book project with my editor, I would never ever write a bad review on a book, movie, art opening, dance performance, music, the food of a new restaurant, or any other art form—regardless, if I thought the final product was lacking and unfavorable. If that were the case, I would pass on writing the review. I staunchly believe these fields are passionately linked by an aspiring and collective goal: personal expression. And who am I or anyone else to trash the lifeblood of a person’s articulation of that personal expression? The answer: No one.

This review is where I break that promise. I love movies, like many of us, because they are my escape from the world’s atrocities, as they are from the long days sitting at my desk in my home office-studio typing on my Mac, or while creating artworks. Last night, after a long and involved day, I found the movie, “Almost Love” (written and directed by Mike Doyle, produced by Mandy Ward, Kaolin Bass, and Ellyn Vander Wyden) on Netflix, and settled down to hopefully be taken away from my world. 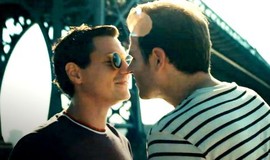 I don’t need to go into the roles of all the actors. It’s not the point of what compelled me to write about the movie, so I’ll briefly generalize its structure. “Almost Love’s” theme is a romantic comedy with a bit of heartfelt drama and the dysfunction of one gay and two straight relationships. Also, one between a tutor and her underaged student—nothing more than unnecessary filler—and the characters’ connection as friends. The heartfelt part is concerning Marklin (Agustus Prew), a popular fashion and lifestyle blogger who is looking after the concerns of his terminally ill, confined to a hospital bed, basically lifeless partner, Karl (Chris Henry Coffey). Marklin has kept this from his replacement boyfriend, Adam (Scott Evans). An artist that ghost paints for a famous artist, Revelle Brewer (Patricia Clarkson). Karl’s compassion for his terminal partner isn’t enough to keep the movie afloat.

If done differently and without two unforgivable degradations, it had the potential to be an enjoyable movie. Instead, it quickly spiraled down to gay D-movie status. That downward spiral was due to its typical gay movie template and more disappointingly, those degradations—the writer-director, producers, and the cast should have known better: to make jokes trashing homeless people and interject anything concerning the Holocaust. I have two questions. Why did the writer-director even go there? Why didn’t anyone in the cast or those involved in this movie say: NO, we shouldn’t go there? There are many hardships and world atrocities that are off-limits to be so flippantly used in comedy. Period. 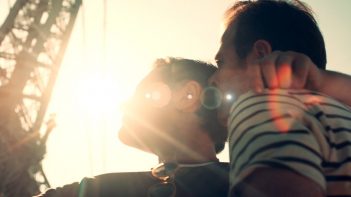 In an early scene, between the character, Cammy (Michelle Buteau) and Haley (Zoë Chao), jokingly dialogue several degrading, disrespectful, and unnecessary remarks concerning the complicated and layered social issue of homelessness. Although there are known factors that deliver a person to the streets such as mental illness, drug addictions, and loss of employment—no one should make assumptions about people they see living on the streets. Concerning the latter, an employed person may think they will never be homeless, but some-59 percent of Americans are a single paycheck away from finding themselves and their family within the existence of being homeless. It’s certainly not a humorous situation for the estimated 567,715 homeless in America. Human beings are made invisible by the majority of our society.

The conversation comes up in the movie when a man Cammy is intimately dating, Henry (Colin Donnell) confesses he is homeless and living in a shelter. The next day, she shares this with her friend Haley. The dialogue to follow includes these statements by Cammy: I fucked a homeless person; I’m scraping from the bottom of the barrel; I have little self-respect; I did it again, I picked another loser; what guy is homeless at 36. Haley chimes in: Are you going to see him again? Cammy responded: No. Of course not. Haley follows-through with: Yeah, that’s dark but, that’s behind you now.

Listening to their conversation was equivalent to being tied in a chair while a big, scary, and sweaty man pulled off my fingernails one at a time with a pair of pliers. I agree there should have been some dialogue concerning Henry’s homelessness in relation to Cammy’s concerns, but it didn’t, as it shouldn’t have been, again, degrading a human being and the homeless population. That dialogue only served as a negative narrative, reinforcing the harmful stereotypes of homelessness.

Toward the end of the conversation, Cammy receives a text from Henry: Sorry about last night (concerning the confession of his situation). But we did still have fun, right? Cammy texts back: fun like the Holocaust. Apparently, she quickly comes to her senses before pressing the send prompt and back deletes the horrendous response. Then texts: lose my number. As the first response, she back deletes it and instead, texts: come over later.

At that, I hit the off button on the remote due to the conversation about Henry’s homelessness, and more so for Cammy’s first response, although, again, back deleted, using the Holocaust as a comparison for a bad date. Thus making a joke of a horrendously dark time in history where millions of Jews—men, women, and children—homosexuals, the disabled as others, were beyond cruelly experimented on, enslaved, starved to skin and bone, murdered, and gassed to death in concentration camps.

I see nothing funny concerning that or even Cammy’s thought to initially send such a text regardless of the fact she back deleted it. Neither of those degrading comments concerning the homeless or that insensitive text using the Holocaust as a comparison to the troubling news from her date in such a manner, both adding nothing in moving the movie forward. 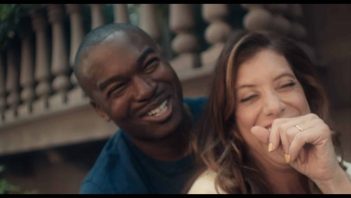 Troubled by this and seeing too much of this kind of crap in movies and television from an industry that has touted itself as compassionate to the suffering of people around the world, I decided to go to sleep. I tossed and turned until I felt I had to finish watching to see if the movie had any redeeming qualities concerning the lack of conscience of what is and isn’t acceptable by all those involved in the making of, “Almost Love.”

Well, there was none, certainly not some kind of verbal remorse addressing the disconcerting statements on homelessness by Cammy and Haley. Plus, it basically being a gay movie, and understanding, again, that homosexuals were tortured and killed at the command of Hitler, is disgustingly unconscionable.

I was quite surprised to see that Patricia Clarkson—an actor I’ve always admired—in such a movie, even as small as her part was. The same, concerning Kate Walsh from “Gray’s Anatomy” and the spin-off, “Private Practice.” I can only wonder if they were doing it as a favor, or money is drying up for both, and Ms. Walsh didn’t get paid enough for her Cadillac commercials, which I thought were quite sexy.

The movie ends with everyone getting their relationships on the upswing. Cammy’s homeless boyfriend does get a job and an apartment, but she doesn’t express any verbal enlightenment toward homelessness. The only good thing I can comment about, “Almost Love” is: Scott Evans, Colin Donnel, and Christopher Grey are eye candy.