All Music Inc.’s Guy Brogna And His Band Ludichrist To Rock Mulcahy’s with Life of Agony and Vision of Disorder Saturday, May 13th

With Decades of Experience as Touring Musician AND Long Island Business Owner, He’ll Show Off His His Music Chops This Saturday at One of Long Island’s Top Venues 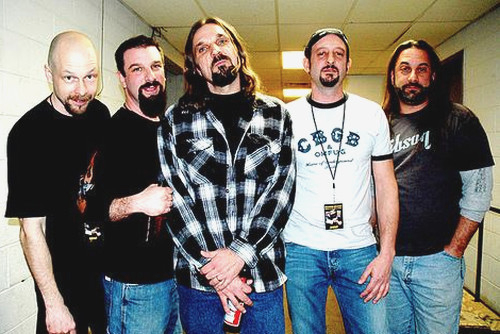 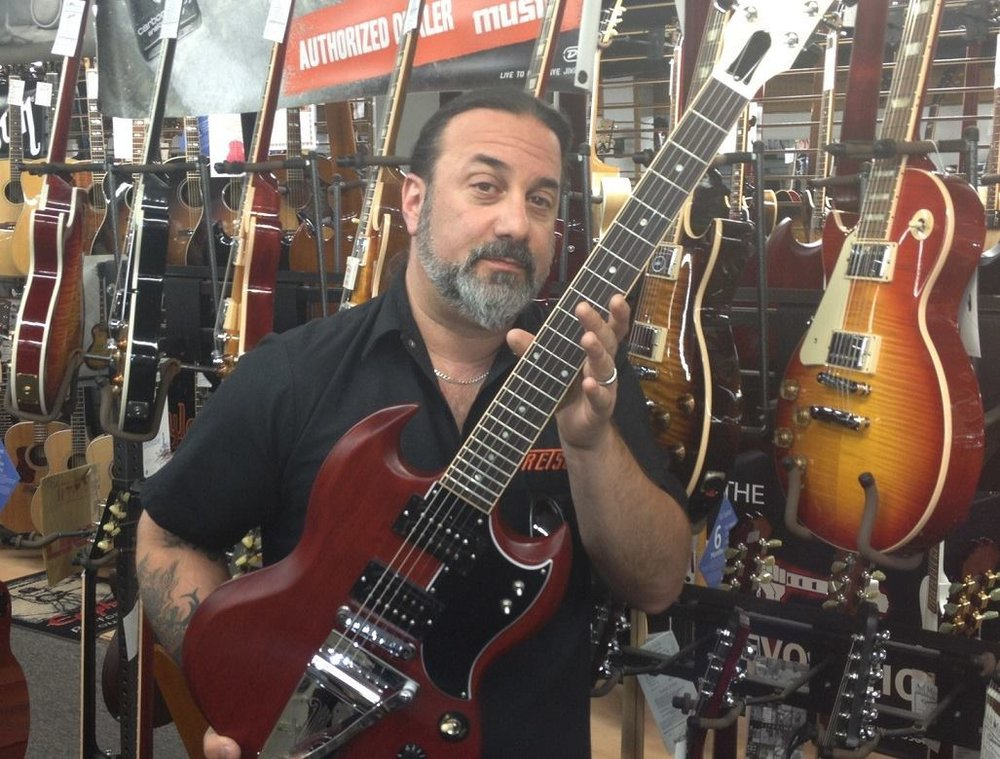 Another local musician who grew up going to the All Music Inc.–which was started by local musician Irwin Natman in 1984–Guy was a touring musician with the bands Ludichrist and Scatterbrain, and had albums out on Relativity Records and Elecktra Records as well as music videos on MTV. He made a deal with Irwin to thank ALL MUSIC on the band’s records in exchange for having his bass guitars setup for recording and touring. Fast forward to 2001, Guy is now off the road and Irwin approaches him to join the business. For the next 10 years they built ALL MUSIC into one of the largest guitar stores in NY adding brands like Gibson, Fender, Martin, Taylor, Gretsch as well as building the lesson program to over 400 students, renting over 1500 instruments to local budding musicians and doing repairs for guitarists such as Richie Blackmore, Jessie Lacey from Brand New, Toby Walker and Brian Daniels from Madball!

In 2012, Guy took over and continues to run and grow the business throughout even more changes to the musical landscape. He continues to look for up and coming or exclusive companies to work with like Cole Clark, Larrivee, Walla Walla, RocknRoll Amps and more. 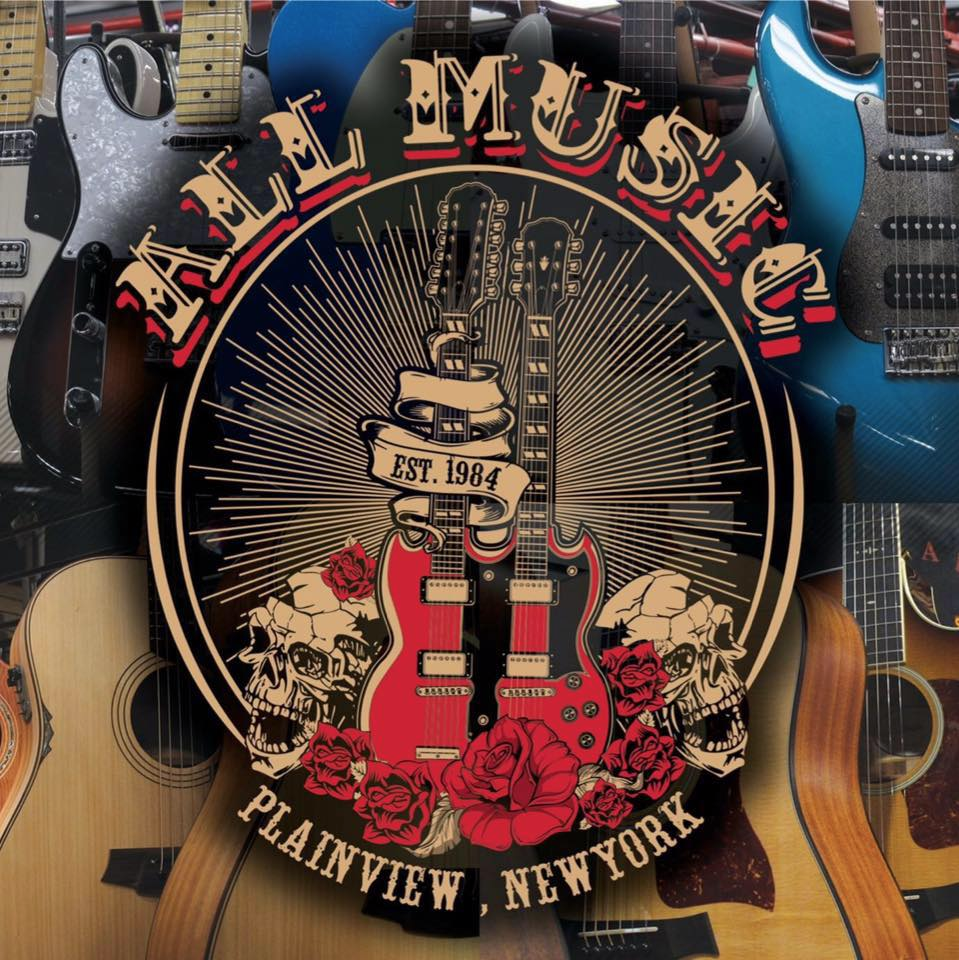 With Guy’s ties to Long Island music, he feels the need for continued community outreach, and partners with radio station WBAB for intimate shows at the store or radio station like Devon Allman and Geoff Tate from Queensryche. He also does food and toy drives with Long Island Cares Harry Chapin Food Bank and ROCKcanROLL, along with informative and entertaining clinics in the store with guests like Larry Mitchell, Mike Orlando (Adrenalin Mob), John Moyer (Disturbed), Greg Koch, Michael Angelo Batio, Manelli Jamal (Cole Clark endorsee), Joe Rock and Mark Mendoza (Twisted Sister – Joe Rock and the All Stars). With the help of long time staff members, ALL MUSIC is always looking for new and exciting products to bring to their customers. As well, they look for used, vintage and eclectic items to fill their eBay warehouse where they ship these treasures around the globe.

Teaming with Long Island venue The Space at Westbury Theter, Brogna’s AllMusic Lounge at The Space has become the new haven for local musicians to perform every genre under the sun on Thursday nights at 8pm! 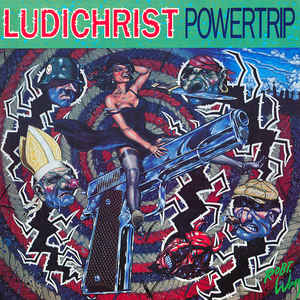 Hailing from New York, LUDICHRIST came together in the early/mid 1980’s just as the hardcore, punk, and thrash metal scenes were flourishing in New York City. LUDICHRIST was one of those bands who perfected the art of crossover hardcore metal. Rising from the underground with the strength of their 1984 demo cassette, LUDICHRIST quickly gained popularity alongside of other underground bands such as AGNOSTIC FRONT, CARNIVORE, THE CRUMBSUCKERS, NUCLEAR ASSAULT, and ANTHRAX.

Their 1984 demo tape and 1986 live recording “Off The Board at CBGBs” eventually led them to release their debut studio album in 1986 titled “Immaculate Deception”. This album featured 19 hardcore/metal anthems at their absolute best. Their mixtures of musical elements such as rock, jazz, thrash, and hardcore was all done with a sense of humor. Their lyrics touched on serious subjects such as racism, religion, and corporate big business. The track titled “Green Eggs And Ham” even featured the band rapping at a time when no other metal bands did. LUDICHRIST were leaders, not followers!

With their popularity exploding after several tours, and a few line-up changes in the rhythm section, LUDICHRIST hit the studio again to record a follow up album. This masterpiece titled “Powertrip” was released in 1988 to rave reviews. The band incorporated a slightly more speed-thrash feel without losing their hardcore roots or sense of humor. The musicianship on this album is pushed to an even higher level, infusing elements of jazz, soul, classical, thrash metal, and hardcore punk. The band toured globally to support “Powertrip” and in the process cemented themselves as a legendary act in the most important decade ever for hardcore/metal music. The 1980’s were the best of times for hardcore and thrash metal and LUDICHRIST helped bridge the gap between those two styles of music.

LUDICHRIST were light years ahead of their time. They were an integral part of the U.S. hardcore and thrash metal scenes which exploded into worldwide popularity. Their influence can be heard in the thousands of bands that followed them. In 1989 most of the members of LUDICHRIST went on to form SCATTERBRAIN who garnished an even bigger worldwide following.

Now, as Brogna and the band reunite once again for a powerful performance that’s not to be missed, make sure to catch them THIS SATURDAY, May 13th at Mulcahy’s Pub and Concert Hall (3232 Railroad Ave, Wantagh , NY 11793)! 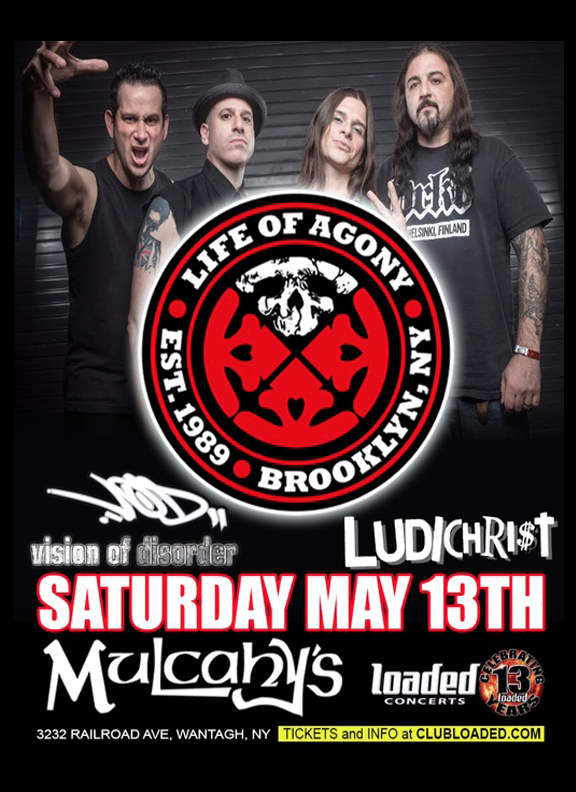 For More on Ludichrist, VISIT: http://bit.ly/2pe23WN

For More on Guy Brogna and All Music Inc., Visit: www.AllMusicInc.com