Advertisement
Home #Hwoodtimes All Aboard: TNT Set to Air SNOWPIERCER May 31st
Facebook
Twitter
Pinterest
ReddIt
Email
By Valerie Milano
Pasadena, CA (The Hollywood Times) 5/29/20 – The first ten-episode season of TNT’s post-apocalyptic dystopian thriller series SNOWPIERCER will hit the small screen on Sunday, May 31st, 2020.  It is based upon the 2013 South Korean/Czech co-production directed by multiple Academy Award winner Bong Joon-ho (PARASITE).  The film in turn was adapted from the 1982 French graphic novel Le Transperceneige by Jacques Lob, Benjamin Legrand, and Jean-Marc Rochette. 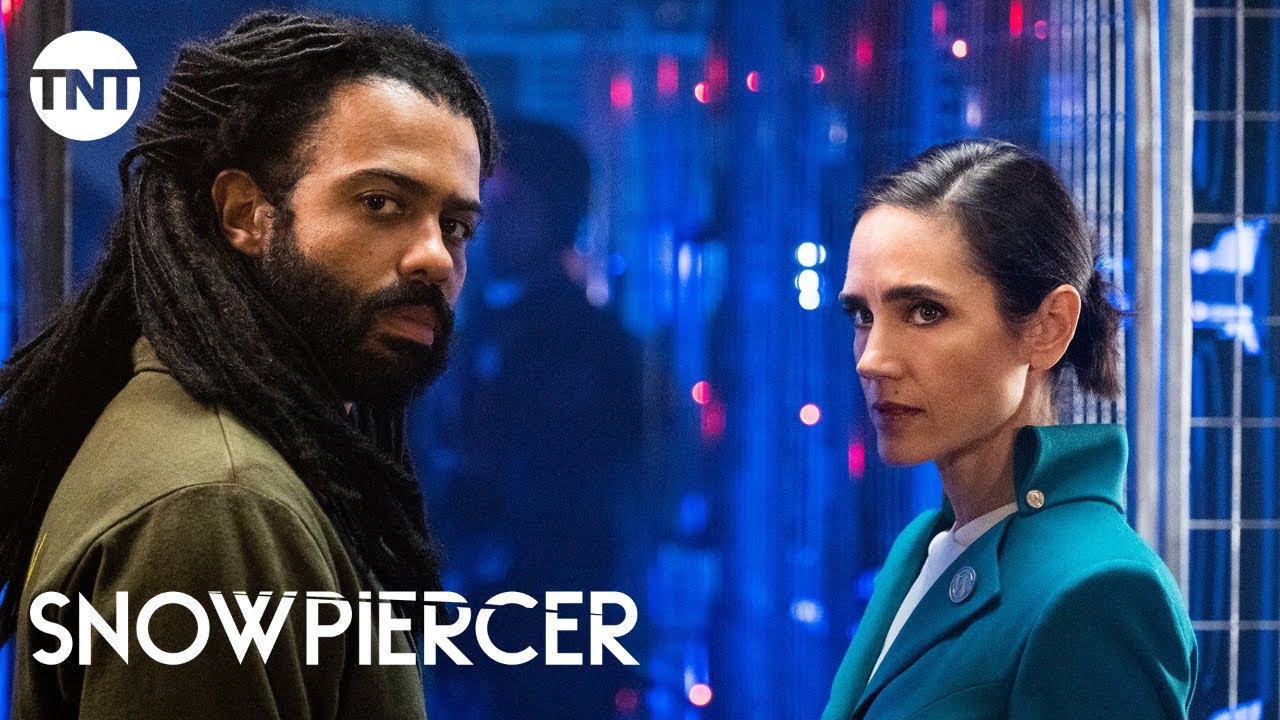 Academy Award-winning mega-star Jennifer Connelly (A BEAUTIFUL MIND) is one of the passengers on the Snowpiercer, a gigantic, perpetually moving high-tech train that circles the globe carrying the remnants of humanity seven years after the world becomes a frozen wasteland following a failed climate-change experiment.  Connelly plays Melanie Cavill, a first class passenger and the Voice of the Train, who makes the PA system’s daily announcements.  Sean Bean (GAME OF THRONES), Rowan Blanchard, and Steven Ogg will join Jennifer Connelly and the rest of the SNOWPIERCER cast during the second season. 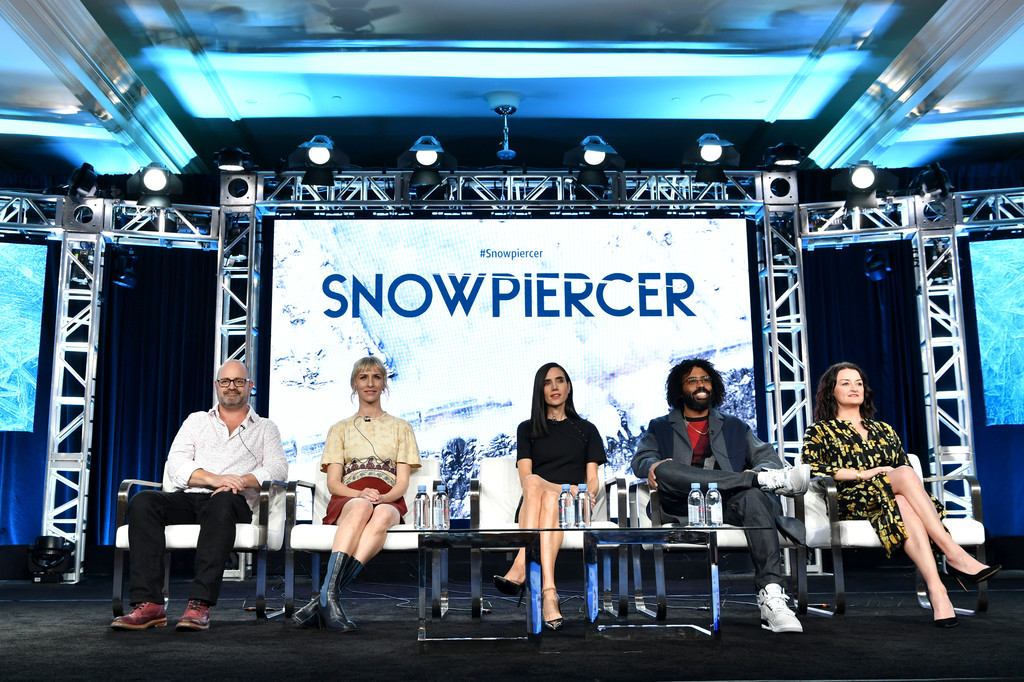 SNOWPIERCER is thought to be the rare sci fi thriller that rises above the clichés.  Its timely warnings about global warming and its reversal to a new Ice Age should strike a chord with viewers worldwide.  The series has already been renewed for a second season to begin in 2021. 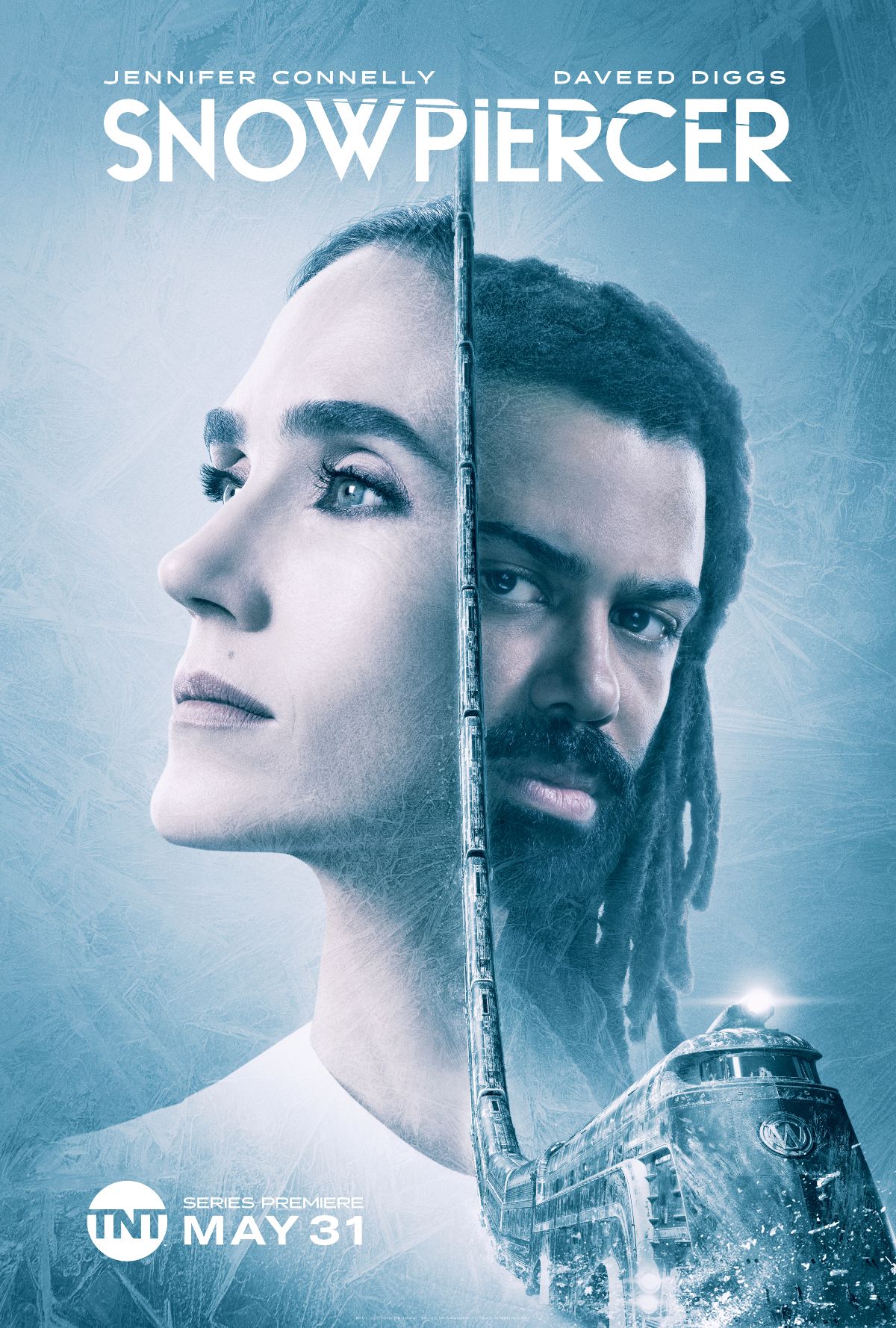 Connelly was most impressed by the scope of SNOWPIERCER’S sets, while Diggs thought the series would “broaden exponentially” the closed world of the graphic novel and movie.  The politics only hinted at in the film will be treated in much more depth and detail throughout the series.

SNOWPIERCER features a dizzying array of directors, writers, actors, and producers who should all leave their distinctive stamp upon the finished product.  Bong Joon-ho remains attached to the SNOWPIERCER concept as an executive producer for the series, which was shot in wintry British Columbia, Canada.

Advertisement
Many critics have felt that Bong Joon-ho’s brilliant direction and great performances by Jamie Bell, Chris Evans, Ed Harris, John Hurt, Octavia Spencer, and Tilda Swinton caused the SNOWPIERCER film to supersede its source material.  It remains to be seen how the SNOWPIERCER series will compare–but the ingredients are certainly all there to have another huge hit!  MURDER ON THE ORIENT EXPRESS will meet THE HUNGER GAMES, perhaps.