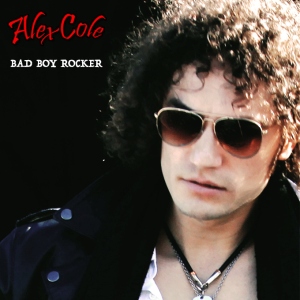 ALEX COLE is “Living The American Dream!” Born and raised in Milan Italy, he traveled to the United States to pursue his love for Rock ’N’ Roll. He was discovered by the record label, ALLIED ARTISTS MUSIC GROUP, who quickly sponsored his working Visa. He’s now living in BURBANK pursuing his career as a Retro-Rock Musician.

Alex Cole – International Recording Artist fronting a three piece power trio. His music is all original material aptly fitting into the new and cutting edge genre of “RETRO-ROCK”. When you hear his music it will sound new, but pleasantly familiar and remind you of the classic hits from AC/DC, Whitesnake, Van Halen and Ted Nugent – bands who inspired Alex to start composing all original rock music. In the wake of Alex’s show concert goers become part of an interactive synergy. The way he attacks the stage and sends his dynamic energy out to the crowd is something to be experienced. The vibe is timeless.

Get in touch with alexcolerocks@gmail.com for press comps, interviews, or promo copies of “BAD BOY ROCKER.”

LISTEN TO HIS MUSIC AT www.alexcole.rocks