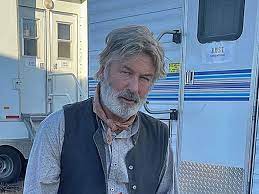 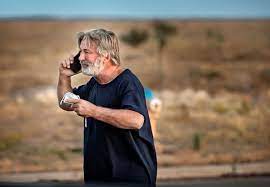 Los Angeles, CA (The Hollywood Times) 10/22/21 – Facts are now coming out about the hot gun on set that was handed to actor Alec Baldwin. In a tragic moment, the life of 42 year old Director of Photography Halyna Hutchins, was taken away and she now leaves behind a husband and young child.  The bullet went right through her body and ended up injuring a second person, director Joel Souza. 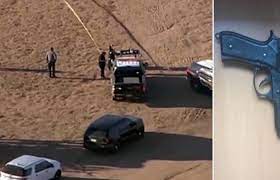 “There are no words to convey my shock and sadness regarding the tragic accident that took the life of Halyna Hutchins, a wife, mother and deeply admired colleague of ours,” Alec wrote on Twitter.

“I’m fully cooperating with the police investigation to address how this tragedy occurred and I am in touch with her husband, offering my support to him and his family. My heart is broken for her husband, their son, and all who knew and loved Halyna.”

As a smaller budget tier 1 movie, they probably didn’t have any more than one prop person on set. They apparently had safety meetings but the important lessons were clearly not absorbed. 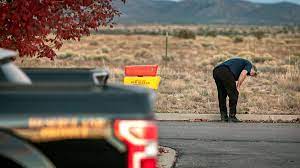 But yet a lot of common sense would have saved the day. Anyone who has had firearms training understands that it is the direct responsibility of the person handling the gun to act as if it was loaded. This includes opening the action, checking the chamber and the magazine, examining the ammo and ensuring it is all blanks and finally, checking the safety to make sure it is not in firing configuration. 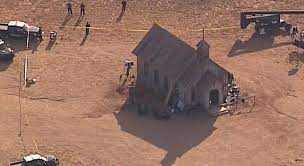 The first rule at the range is if someone hands you a firearm and says it’s unloaded, assume it’s loaded. And then to verify that for yourself.  The safety rules are there for a reason: to protect lives.  This responsibility cannot be fully outsourced to the prop master.

Alec, despite being an avid anti gun activist, is apparently ok with doing movies with guns. That is fine even if it’s a double standard as he is inadvertently promoting guns in his movies. However, if he is so passionate about this issue, when actually handling guns on set, he should have gone through the safety process I outlined above. At best, he was negligent. 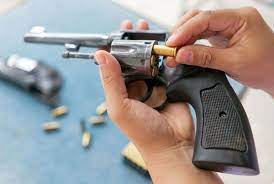 Now, why was there a loaded gun on set? On set, things can get complicated.  If a bullet is lodged part of the way down the barrel from a dummy round that had its powder removed but someone pulled the trigger on it, a blank will still fire that dislodged bullet later.  Alec would probably not see anything wrong upon ordinary inspection, giving him benefit of the doubt. It is the responsibility of the prop master however to look down the whole barrel to ensure it’s clear or shine a light down the front to know where all the rounds came from. However this is such a rare scenario, maybe a one in a billion odds. In an ideal world, Alec should be watching the prop master do all this, along with the director and the unit production manager. In smaller and cheaper shoots, and especially rushed ones, they always cut corners when it comes to crew and safety.

Aside from the famous Brandon Lee “Crow” incident, this has also happened to an actor, Jon-Erik Hexum, in the 80’s. He had a prop gun and jokingly put the gun to his head.  The charge in the prop gun was enough to cause brain death. 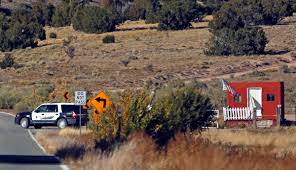 If you don’t know much about guns, the words “blanks” and “prop guns” create a false sense of security. There must be training around understanding this and the training must be absorbed, especially on set. 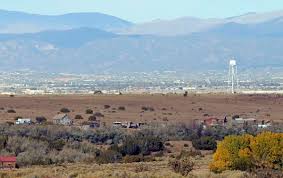 Many do not believe Alec had an intent to kill but they also believe that he should be charged with third degree manslaughter for his negligence while handling a firearm in an unsafe manner. The prop master also might have a lot of explaining to do.

When Brandon Lee died on the set of the “Crow” it was during a scene where the script called for Lee to be shot. He and the actor that shot him put their trust in the set safety procedures and Lee perished as a result of those procedures not being met. In this case with Alec, two non-actors were hurt or killed.

You would think Alec Baldwin who has been very outspoken about professionalism and responsibility for firearm related deaths would exercise the same caution while on set himself with a gun. On top of this, he is also a producer so a lot of responsibility was not taken.

I spoke to a friend who is a prop master who has been in the industry for 25 years. He says that the standard procedure is the prop master or armorer would have handed the loaded gun to Alec and said “it’s live and loaded”.  He says “And typically if it was a shot, they would shoot with blanks. You would have to be really close for the blanks to kill. Now we know it’s a slug. In a Western, an old fashioned revolver would have been used. Firearm safety 101. You always treat it as loaded and don’t point it at anyone. Someone put a live round in there.”

Even blanks require safety. Actor Jon-Erik Hexum died on set from a blank as stated earlier. The only thing that is supposed to “come out” with blanks is gas pressure but the reality is there’s also wax wad, and a little powder for effect. Despite no actual bullet, it could still be fatal in close range due to pressure of the gunpowder discharge from the barrel of the gun. This ends up being an explosion that generates a huge amount of force in a small concentrated area.

To conclude, facts are still coming out. But common sense seems to indicate a lack of this same common sense on set and possibly, corners being cut. For people so against guns, and that is ok to hold that position, one would hope they would actually be extra vigilant and careful and adhere to all safety precautions and procedures around these deadly weapons. Yet that fiduciary care was simply not exercised on this set.