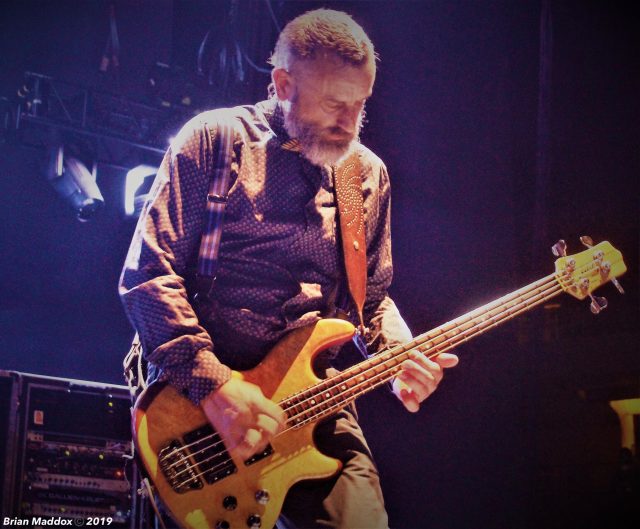 Birmingham, AL (The Hollywood Times) 05/08/2019 – Understandably, the art of making peerless music must be handled with the compassion, dedication and focus needed in order to churn out quality material, rather than simply resorting to the lethargy of auto tuning and button mashing in this now commonplace digital age.

Los Angeles’ Tool have kept firm to the method of meticulously ironing out every detail and evolving with the ever changing tide of modern rock, no matter how long it takes.

Tool has recently announced a new album and release date set for August 30th of 2019, a little over thirteen years since their last album, 10,000 Days initially dropped. Since forming in 1990, Tool has surpassed the wear and tear of “Johnny Come Lately” bands and has maintained a solid following in their near 30 year existence.

With the release of their 1993 debut Undertow, Tool introduced a style of experimentally ambient intonation, compliments of guitarist Adam Jones, former bassist Paul D’Amour, drummer Danny Carey and vocalist Maynard James Keenan. Hits such as Sober and Prison Sex swiftly drove the album to double Platinum status in the years since its release. Following up with AEnima in 1996, Tool eventually earned a Grammy Award for Best Metal Performance for the title track, also bringing Justin Chancellor in on bass, who has since performed on all of Tool’s later albums.

A short five years brought the release of Lateralus in May of 2001, selling over half a million copies in its first week, and saw Tool winning yet another Grammy for the track Schism in 2002 and ranked #123 on the Rock and Roll Hall of Fame’s “Definitive 200” list.

Showing no signs of stopping, Tool offered the now Platinum 10,000 Days in 2006, an album that would garner a third Grammy win for the band for Best Recording Package. Taking an aptly appropriate quote from Evan Serpick of Rolling Stone: “10,000 Days maintains for the band, a level of craftsmanship and virtuosity unparalleled in metal.” On top of Grammy accolades, the album would go on to push 2.5 million copies by the latter of 2007.

Here we are now, over a decade later with news of fresh material on the horizon. If the past successes of such an importantly prominent entity in the music industry are an indicator, then legions of their following are sure to rest easy in knowing that Tool are here to stay in 2019.