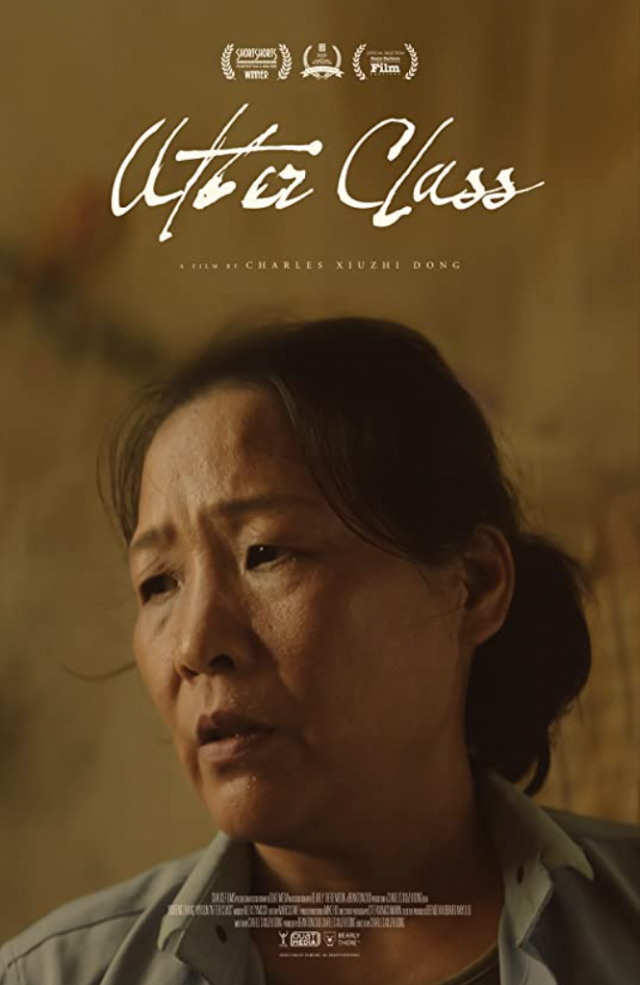 Charles Xiuzhi Dong’s AFTER CLASS shares the story of a poverty-stricken single parent who is desperate to send her daughter to school.

What will a child do to help herself simply want to attend school? What will the parent do for her child to attend the school she works at as a janitor?  What will they both do to raise what is necessary to get her into that school?  The ending will shock and disturb you.

Eight-year-old Su Min and her mother reside in the slum of a metropolis in China, making ends meet by cleaning toilets and picking garbage. Su Min dreams to go to school someday. Marginalized by the school registration system, her mother tries to send her daughter to school at any cost.

Director Charles Xiuzhi Dong’s topical live-action short film tells the universal story of a mother who is willing to do whatever it takes to help her child. Having only recently begun its festival run the film has just been awarded the top Oscar Qualifying prize at Short Shorts Film Festival and Asia, in Japan. This film also won the 2020 Best Short Film Award at Lone Star Film Festival.

The film’s award-winning Chinese director Charles Xiuzhi Dong is based in Los Angeles. He received a BFA at NYU’s Tisch School of the Arts and was recently accepted to the American Film Institute’s directing fellowship. His short films AFTER CLASS and COOKIE HEART screened at numerous high profile international film festivals. His feature documentary debut, AN ANSHAN STORY, follows the investigation of his family saga, post-Chinese cultural revolution history.

Producer Branton Choi is an independent producer based in Los Angeles. He founded Chalice Films and has produced award-winning short films including AFTER CLASS which was officially selected for Santa Barbara International Film Festival and Tehran International Short Film Festival. His previous short RED BEAN SOUP garnered first place at the Wasserman and King Awards. Branton’s production company also has a long-term commercial production deal with TikTok. He currently works at the physical production department at the Russo Brother’s AGBO Films.

A young child is seen rummaging through a back lot picking up garbage.  She gives it to a man who sorts the recyclables.  He pays her.  She takes her garbage bag back and returns home to her mother giving her the mere pittance.  She asks if she can go to school now.

The mother is the janitor at the very school Min Min wants to attend.  The fee to attend, she inquires, is 30,000 yen.  The mother is now bringing recyclables to the man for money.  It’s so little… so much to achieve 30,000.  Then, a decision is made and a line is crossed.  Her mother works harder… and crosses more lines… choices are made…stories are told… as Min Min recovers. Then… consequences and perhaps blessings.

This is an incredible film about love, perseverance and choices.  The ending of this film is not what you expect.  The choices made do not always result in the outcome you want.  This powerful film of a mother’s love for her daughter and a daughters caring of her mother drives them down two different paths resulting in the same steps taken to colliding into a journey that no one ever expects.