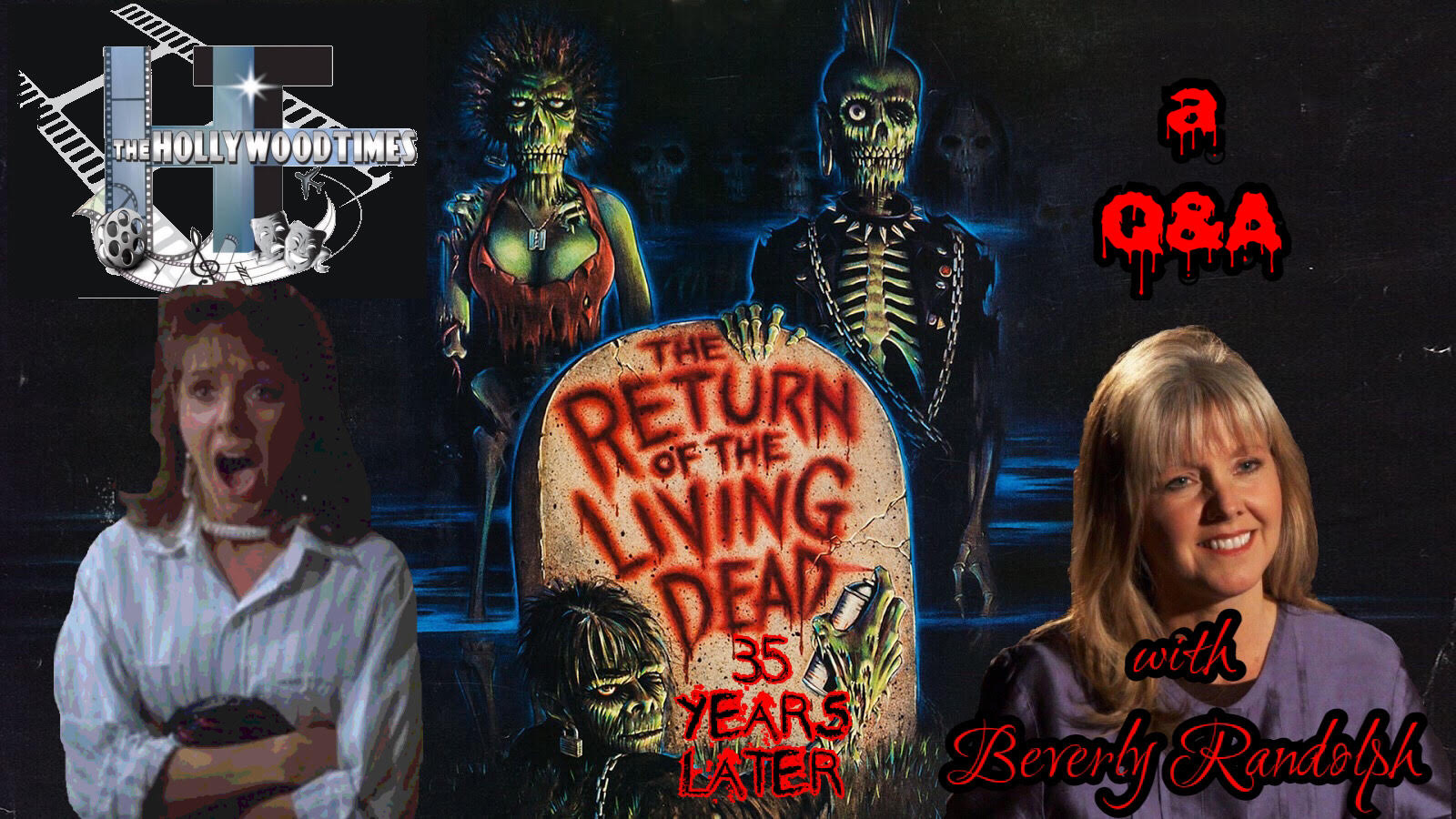 A Q&A With Star, Beverly Randolph. 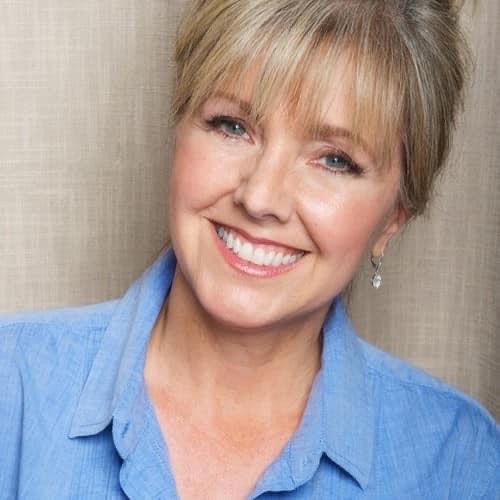 Birmingham, AL (The Hollywood Times) 10/15/2020 – There once was a phase where zombies, or the “living dead” just weren’t the pivotal horror/pop culture spectacle that they are today. Nowadays, everywhere you look generally has some sort of zombie reference among the climate of everyday life. I can actually recall a time where if I wanted to watch the original 1968 classic Night Of The Living Dead, I had to wait until 4 a.m. according to the TV Guide. During my childhood, zombies just didn’t have the prominence or marketability that they do in this day and age. Thanks to the efforts of a few modern-day zombie flicks and Robert Kirkman’s The Walking Dead graphic novel series, along with AMC’s flagship property, zombies have now been introduced to newer generations and have now become a recurrent phenomenon that has only since evolved.

But in August of 1985, a particular film would emerge that would put zombies on the horror radar once again after almost 20 years. A film that would introduce a new breed of horror that yearned for something other than human flesh and would become a cultural marvel.

Return of the Living Dead “resurrected” (wink, wink) a new interest in zombies and proved that mixing horror with comedy could produce a sure-fire hit. Through the direction of the late Dan O’Bannon, (Alien, Lifeforce) Return of the Living Dead would “bring to life” (pun game on point) a new caliber of movie monsters that could not only think and speak, but also possess a ravenous, yet very vocal appetite for human brains; a concept that hadn’t yet been applied to zombie culture. In a notable scene involving a bone-chilling interrogation with the rotting torso of a reanimated female corpse, it is established that the reason behind the hunger for human brains is due to the pain of being dead and that consuming brains briefly alleviates the agony. Just thinking about this particular scene still gives me goosebumps. This is indeed a film that has always stood out in my mind over the past 30 years. A true to the term “cult classic” that offers nonstop entertainment every time I revisit it. 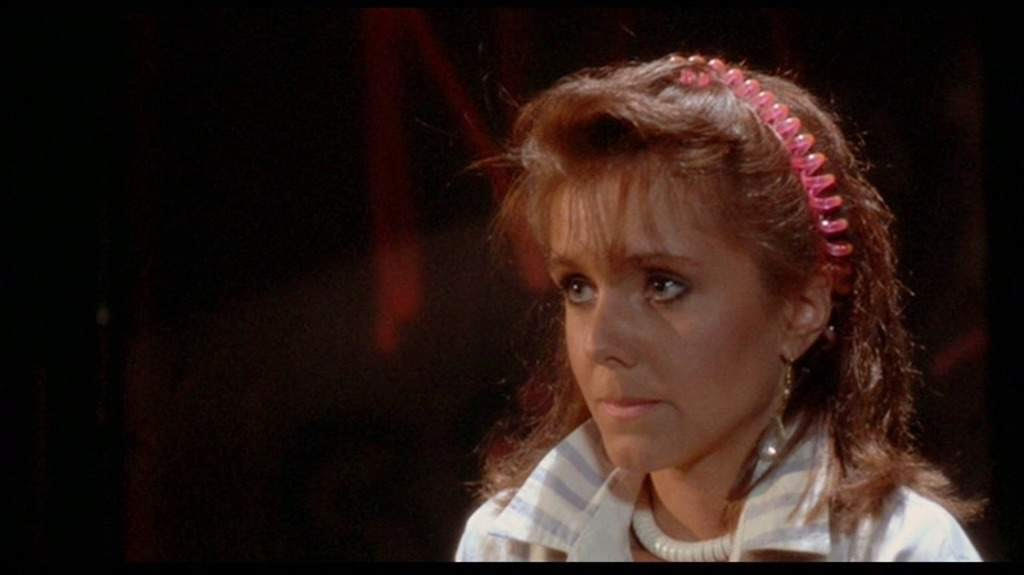 One character in particular named Tina (Beverly Randolph) has never failed to pluck fiercely at my sympathy strings whenever I watch her crying helplessly over her infected boyfriend, Freddie, played to volatile perfection by Thom Matthews (Friday the 13th VI, VII). She’s just a sweet, girl next door type who obviously loves her boyfriend, while at the same time is launched into the horrific madness that her dear Freddie helped unleash with co-worker Frank (the late James Karen, Poltergeist, The Pursuit of Happyness) at his new job working in a medical supply warehouse. In one standout scene, Tina is trapped in the attic with the local mortician, Ernie Kaltenbrunner, played by late character actor Don Calfa (1941, Running Scared). After they’ve both grasped the fact that the end is near amongst the eerie, hunger pained cries from the ever-growing horde of living dead outside, Tina is hysterically crying her eyes out due to the hopelessness of the situation. In a documentary for the film, Beverly revealed that because of her constant crying during this particular scene, she had no more tears left to produce to continue the shot.

After peppermint had been blown into her eyes to no avail, Don Calfa then offered her his headphones that he wore to set each day with varieties of music to help him mentally adjust to varying dispositions for certain scenes. After Beverly had listened to a few minutes of some beautifully somber piano arrangements, the tears suddenly began flowing and the camera started rolling. What follows is a scene that greatly exhibits what it takes to make a movie moment powerful. Tina’s lamenting cries over the now turned Freddie trying desperately to claw his way into the attic is a true testament to crafted, affective acting.

While I don’t claim to be an upper cruster who regularly hobnobs with celebrities, I’ve been blessed over the past 13 years to have had the opportunity to personally meet and greet several of my heroes within the horror genre. Be it causing Robert Englund to jerk from fright in a haunted house, receiving a warm hug from Dee Wallace, or having a turkey omelet breakfast with Ernie Hudson, I have indeed experienced some memorable moments with iconic individuals who have since stamped their cinematic mark on the world. The kind who appreciate their fans and are very humble in the stardom they’ve attained within their line of work. But none of these even compare to my first interaction with Beverly Randolph. Back in 2011 on my 29th birthday, Beverly randomly wished me a Happy Birthday from the kindness of her heart on Facebook. While it doesn’t seem like a big deal in the social media era, it truly meant the world to me. We weren’t friends at this point, nor had we ever even conversed, but naturally I fangirled and squealed like a starstruck maniac upon receiving her sweet gesture. It’s not every day that a scream queen acknowledges your birthday from out of the blue. Subsequently, Beverly has been on point with her sweet nature and birthday well-wishes like clockwork every year since making my day a lot more special. As cliche as it sounds, it really is the little things in life that bring the most joy. 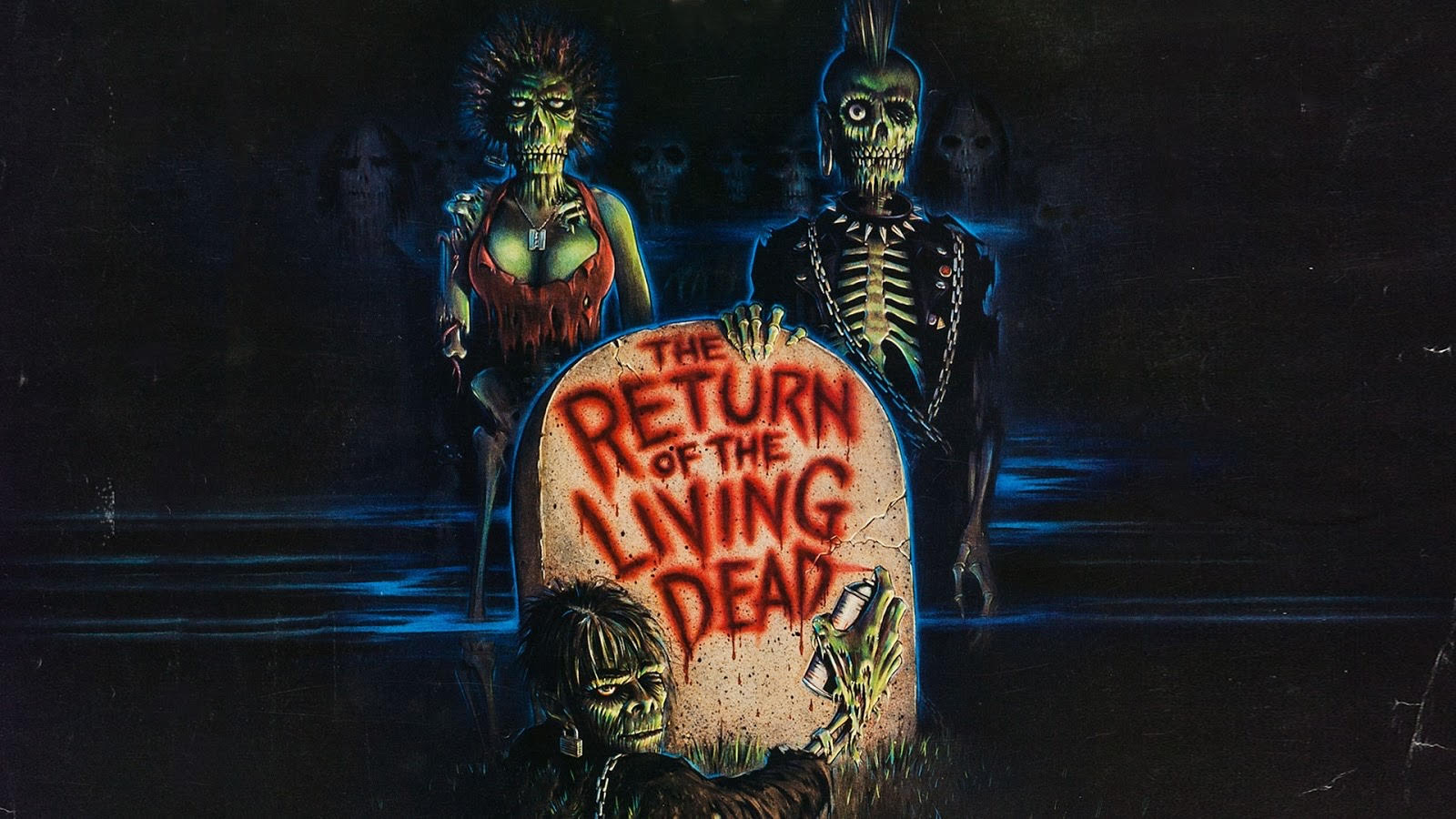 I recently reached out to the lovely Beverly Randolph for an old fashioned Q&A about the 35th anniversary of Return of the Living Dead and how cult star status has treated her along the way.

Brian Maddox: After 35 years, how has the film held up in your opinion?

Beverly Randolph: The film has held up remarkably well I think. I would say it has a lot to do with being unique! Wardrobe, music, characters, comedy, and horror. We got lucky. This film was not meant to be a comedy, but in some of the scenes, you can’t help but laugh.

BM: What was your most memorable moment during filming?

BR: So many fond memories! But the most memorable one would have to be sitting with Don (Calfa) in the attic and chatting in between takes. James Karen was also fond of telling dirty jokes. He was so funny! Such a big smile he had. You could hear him a mile away when he was in makeup. Always had us girls giggling!

BM: Were you allowed to see the Tarman or any of the other zombies prior to filming, or were they hidden from the cast in order to elicit a genuine reaction?

BR: The only one they held back was the Tarman. They kept a drape up until filming so I wouldn’t see him. My reaction is absolutely genuine!

BM: Have you ever had a stalker who was overly infatuated with you or your character, Tina?

BR: I’ve never had a stalker, thank God! Maybe a few overzealous fans at conventions, but nothing too crazy. Actually, I take that back. I do have someone who continues to try and call me on messenger. Even though I have taken it off my phone, it still shows up in the messages, which is why I avoid messenger altogether.

BM: Since you failed to mind the third step, were you seriously injured from the fall you took while evading the Tarman zombie?

BR: I was! I was black and blue from my hip to my ankle. The director knew I was a bit apprehensive about falling through, so he told me it was a practice run…UGH! I hit the ground so hard! I could tell the crew felt bad, but nobody stopped him.

BM: What was the absolute worst part during the shooting that you can recall?

BR: The filming at night when they would rub us down with fullers earth and turn the cold rain hoses on! Absolutely horrible. Then we would stand under heaters and warm up a little and they would send us back out again.

BM: Was your “oh fudge” line an ad-lib or was it scripted?

BM: How does it feel to be part of a cultural phenomenon like Return of the Living Dead?

BR: It’s a lot of fun to be associated with something that has had this type of impact on the zombie culture. It feels great!

BM: Any fond memories you’d like to share from working with both late greats, James Karen and Don Calfa during filming?

My greatest memories with James are going out to dinner in recent years. We had such great times doing this. We would sit for hours and talk, dine, and drink. Beautiful times. Don was my travel buddy. He would tell me where he would hide his marijuana so that TSA wouldn’t find it. No, I don’t do the stuff but he enjoyed it. I remember sharing dinners with him and walking on the bridge in Austin Texas to watch the bats come out of the caves. He would call me every few weeks and tell me about dinner he was making and what movie he had seen. He loved chatting on the phone. I miss his calls and messages dearly. “I will talk at you later,” he would say at the end of his calls.

BM: Has a fan ever gotten a tattoo of Tina and presented it to you in person?

BR: Tattoos? Lots of great tattoos! A few gentlemen had us autograph their arm and then would get them tattooed. I know that I am on a back, on the side of a girl, and on the right bum of a fellow! I am sure there are more but that’s what I can remember at the moment.

BM: Which zombie from the film stands out the most in your opinion?

BR: I would say the Tarman. Jerome Coleman, the actor who played the short zombie with no legs also! People love him. Linnea Quiqley is also great as her character, Trash.

Return of the Living Dead is highly considered to be mandatory October/Halloween horror movie viewing. Please do yourself a favor and add this classic to your October fright film list if you haven’t done so already!