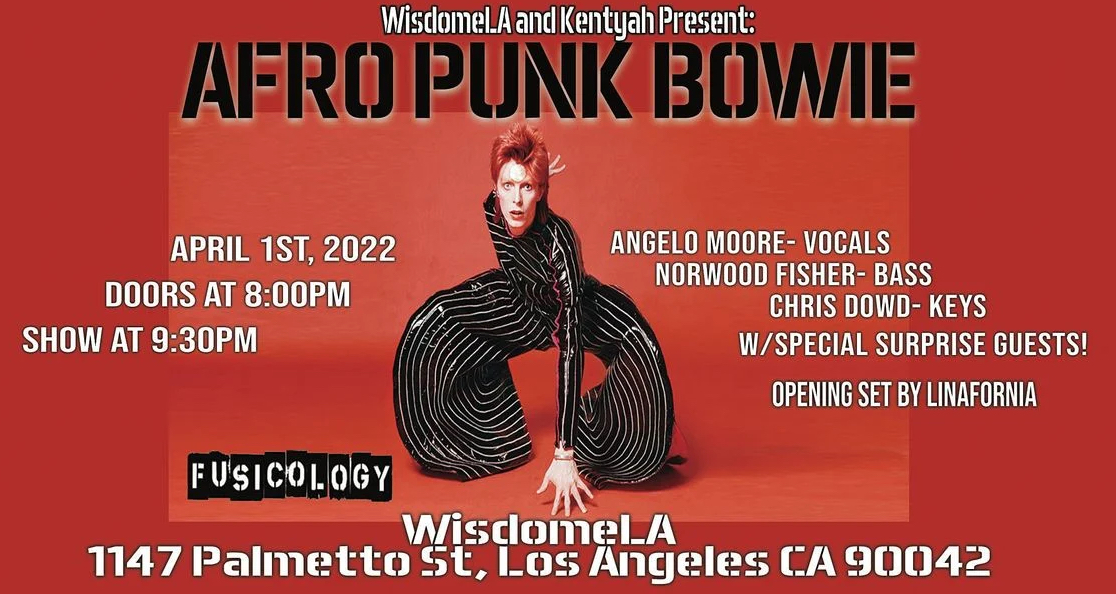 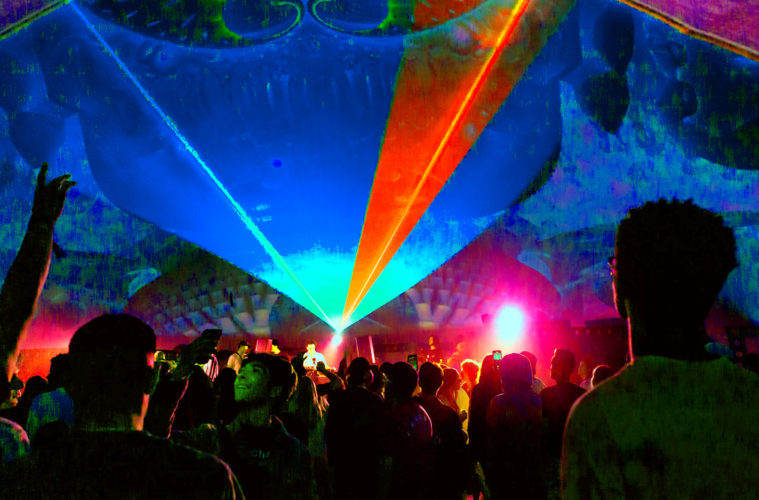 Los Angeles, CA (The Hollywood Times) April 4, 2022 – At Wisdome LA’s Mystic Universe in downtown Los Angeles on the first Friday in April, Afro Punk Bowie celebrated the music of David Bowie in an innovative fashion. By bringing together a fantastic band of all-stars with the 360 immersive visual feast of Mystic Universe, the dream team creates a sense of new horizons to cross. Indeed, the immersive art park of Wisdome LA proved to be the perfect setting for this synchronicity to happen.

First, the all-star was made up of Fishbone’s Angelo Moore, Norwood Fisher, Chris Dowd plus Lenny Kravitz’s touring drummer Franklin Vanderbilt and Steve Abagon. As colorful and vibrant as their mystical surroundings, it was evident from the get-go that the band was ready to rock. Moreover, very few legendary artists bring people together like David Bowie. His music is perfect for taking people into higher dimensions with both meaning and magic.

It might be hard to visualize the experience, yet it is crucial to try to see it in your mind’s eye. Imagine music and performance highlighted by dynamic visual tapestry projected on a dome that surrounds everyone within the venue. The visuals dance with the music, taking the experience to the next level of intoxication. It feels like you are on a space station in the future where heaven’s house band is celebrating David Bowie amid the light of the stars and the illumination of the cosmos.

What proves to be so naturally intoxicating is how the hyper visuals intensify the music, fostering a multi-sensual experience beyond what has come before. It feels like you are at the forefront of the future of concert performance. Art and music, technology, and performance were brought together to create something that felt new. How long has it been since you felt like anything was new?

In a surprise guest experience, Seal took the stage and sang David Bowie’s “Rebel Rebel.” As Wikipedia reveals about this song, “Cited as his most-covered track, “Rebel Rebel” has been described as Bowie’s farewell to the glam rock movement that he had helped initiate, as well as being a proto-punk track.” Overflowing with energy, Seal ripped into the legendary track, promoting a message of freedom and fun post-pandemic.

Throughout the entire show, joy was expressed by both artists and the audience. The African push onto Bowie’s music increased the beat and raised the party power. After too long of being trapped in our houses, it feels good to go out and be together again. Whether dancing in the aisles or eating waffle ice cream cones on the lawn, or wandering through the other exhibits at Mystic Universe, everyone had a wonderful time at the Afro Punk Bowie experience.