Hollywood, CA (The Hollywood Times) 11/14/18 – Four total screenings/red carpets have now been cancelled due to the wildfires raging in Southern California.  But it’s not been enough to halt the march of art and entertainment forward.  A women-centered festival is still going strong in the heart of Hollywood, with an opening Gala at the Roosevelt that paid tribute to the upcoming generation of female filmmakers, highlighting 65 films directed by women.  On the Basis of Sex was screened by AFI Fellow, 1972 alum Mimi Leder for 80 current female AFI Fellows.  The film, starring Felicity Jones, tells the story of Ruth Bader Ginsberg.

Monday morning, a women filmmaker’s breakfast and panel was hosted by 20th Century Fox as well.  Entitled “Breaking the Frame: A Conversation About Craft and Career,” the discussion was held after a lavish breakfast in the historic Blossom Ballroom at the Roosevelt.  Panel participants included Laura Steinel, who shared a clip of her feature film Family; Katrelle Kindred, writer, director and producer of Warpaint; and Utah native Shaz Bennett, AFI Class of 2012 and director of Desert Rats.

The three shared some of their inspirations, and the impetus for their AFI films. 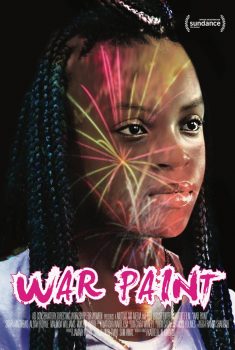 “Warpaint was inspired by a video that went viral a few years ago,” said Kindred of the film, which explores the complexities of being young, black and female.

“I wanted to tell the story to help me sell a TV show,” said Bennett of Desert Rats.  “So I thought ‘I’m going to use a little girl’s point of view of a very strange, misunderstood polygamist desert land.’  So I was just trying to set up an interesting character, and she’s loosely based on some kids I know.”

The three filmmakers also shared their advice for aspiring female filmmakers.  One of the keys to becoming a filmmaker, according to panel members, is to simply produce content.  “Go make garbage,” laughed Steinel.  “Because at least you’re making it.  And it won’t be garbage; it’ll be great.”

“I was lucky to get a job as a writer’s assistant on a TV show,” said Bennett.  “It was such a great time for me because I started to realize that all this stuff that took me 5 years to make my feature film; ‘this is the one movie that I’m gonna make.’  Television just moves so fast…you just get in this mindset of ‘keep writing.’ Don’t be so precious about it.  Just generate ideas.”

When it comes down to it, the filmmakers agreed that being a filmmaker involves monumental sacrifices.

“You just can’t have a life in the beginning,” said Steinel.  “You don’t have a life…on the weekends I was in a Starbucks with my laptop.”

Steinel noted that the writing generated would help propel a career forward in multiple ways.  “Your first few scripts may not get made, but at least it’ll get you to a place where you have more help.”

The work being shown at the festival is a clear indication that these ideas are being put into practice; and the results are highly successful.  Sunday, yet another female-centric film—this one directed by a man—screened at TCL Chinese, with a subsequent Q&A.

Sidelined, a short documentary by Galen Summer, tells the story of the Chargettes Playboy scandal from the late 1970’s—and it does so with a surprising amount of humanity.  The gentle retrospective of an incident of considerable psychological violence originally premiered at Tribeca over the summer.

In short, NFL cheerleading squads, at their apex in the 70’s, walked a fine line between wholesome image and blatant sex appeal.  When the unpaid Chargettes were sent scouts from Playboy for an NFL cheerleader pictorial spread, some, including Lynita Shilling (Stuart), agreed to pose.  And despite the fact that the team itself sent Playboy to recruit, in the end, the entire squad was let go as a result of her participation.  All before the offending issue had even gone to print. 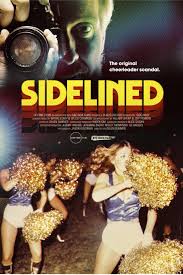 Sidelined winds up being not just a film about the blatant hypocrisy of the NFL and their handling of cheerleaders during the era—but also an ode to the strength of sisterhood, which in this case, spanned over 40 years.

“It’s been four decades, and we’re still dealing with issues of hypocrisy, double standards in major league sports,” said Shilling during the Q&A. Still, it wasn’t the end for these women, or for NFL cheerleaders in the years to come.  “We may have been Sidelined, but we haven’t been silenced,” said Jill Fleming, a former Chargette who appeared in the film.

Her remarks were yet another strong indication that women in film have only just begun to be heard. 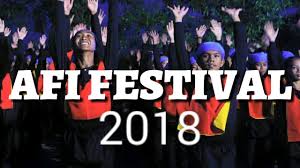 AFI Fest continues through November 15th.  Learn more about this year’s screenings, galas, and the Institute at www.afi.com.