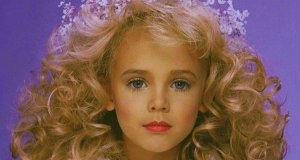 A&E NETWORK PREMIERES TWO-HOUR DOCUMENTARY AHEAD OF THE 20TH ANNIVERSARY OF JONBENÈT RAMSEY’S BRUTAL MURDER
‘THE KILLING OF JONBENÈT: THE TRUTH UNCOVERED’ FEATURING THE FIRST AIRING OF BROTHER BURKE RAMSEY’S 1998 INTERVIEW WITH THE DISTRICT ATTORNEY’S OFFICE DETAILING HIS ACCOUNT OF THE EVENTS AND THE FIRST SIT-DOWN INTERVIEW WITH JOHN RAMSEY MARKING TWO DECADES SINCE HIS DAUGHTER’S DEATH PREMIERING MONDAY, SEPTEMBER 5 AT 9PM ET/PT

NEW YORK, NY – AUGUST 25, 2016 – A&E Network marks the 20th anniversary of the infamous murder of the child beauty queen with “The Killing of JonBenét: The Truth Uncovered,” a two-hour documentary premiering Monday, September 5 at 9PM ET/PT.

On the morning of December 26, 1996, parents John and Patsy Ramsey awoke to find a ransom note for their missing 6-year-old daughter JonBenét before discovering her brutally beaten and lifeless body in the basement of their home. Despite media storms, family accusations, false confessions, intruder theories and several grand jury hearings, the case has been unsolved for 20 years.

Now, A&E reveals never-before-seen case details, including Burke Ramsey’s 1998 interview tape detailing his first-hand account of the events at that time, organized by the District Attorney’s office and never aired publically, accompanied by new analysis from an independent child psychologist. The special will also feature the first sit-down interview with John Ramsey marking the 20th anniversary, as he shares unprecedented access to his diaries at the time of the murder along with thoughts and feeling from him and Patsy at a level he never has before. Exclusive and shocking DNA evidence sheds new light on who actually committed the murder.

About A&E Network
A&E leads the cultural conversation through high-quality, thought provoking original programming with a unique point of view. Whether it’s the network’s distinctive brand of award-winning disruptive reality, groundbreaking documentary, or premium scripted drama, A&E always makes entertainment an art.  The A&E website is located at aetv.com.  Follow us on Twitter at twitter.com/aetv and Facebook at facebook.com/AETV.  For more press information and photography please visit us at press.aenetworks.com.