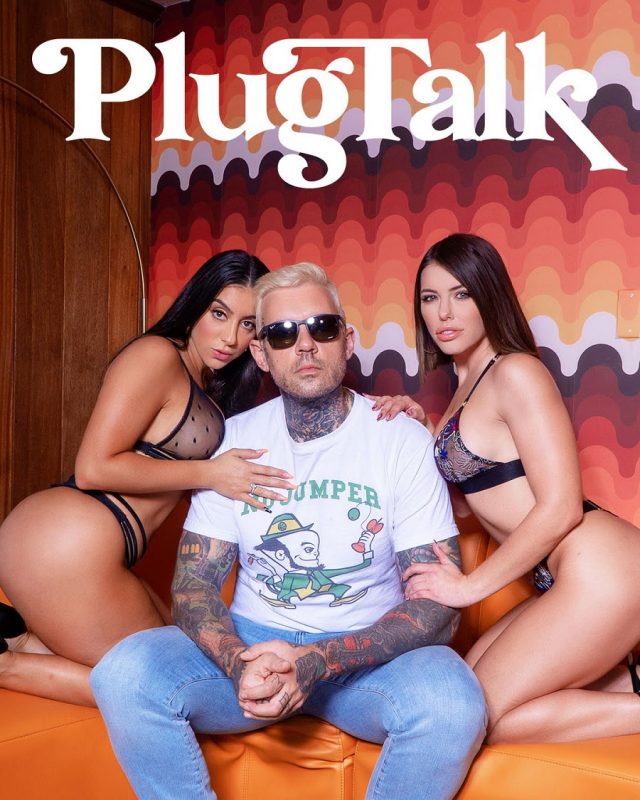 The new video podcast, which hypes the biggest names in adult via a vibrant conversational format, is unique in its approach to getting to know its guests by elevating the standard interview and adding a sizzling sexual encounter to the mix.

Lena the Plug has been a fan favorite since her rise in 2016 as a social influencer, fitness model and adult performer; she and Adam22 launched their podcast together on OnlyFans to great success and now they’re ready to expand their multi-million fan base into the stratosphere.

To get in on the ‘Plug Talk’ podcast, visitOnlyFans.com/plugtalkshow.

One of the biggest YouTubers in the hip-hop space, Adam22 came up as a BMX rider/entrepreneur before launching his interview podcast NoJumper.com in 2015, which now boasts 4 million subscribers. The Nashua, NH native made his way to Brooklyn for seven years before settling in Los Angeles in 2010.

In 2016, Adam22 met his partner (and now fiancée) Lena the Plug, and together they intertwined their talents and colorful personalities to create their first joint podcast on Lena’s wildly popular OnlyFans platform, to great success.

“Selling and promoting our content has led to our situation now, where people consider our co-sign a great opportunity for rising performers to blow up quickly in the industry,” said Adam22. “Girls who appear on the No Jumper Patreon routinely earn over $100,000 dollars in additional OnlyFans, revenues making our co sign one of the biggest in the game.” Follow Adam22 on his Twitter page @adam22.

ABOUT LENA THE PLUG:

Los Angeles native Lena the Plug is one of adult’s brightest stars that found mainstream fame as a well-known YouTuber with more than 1.6 million viewers (and more than 167 million total views) thanks to her personal journey as a media personality and her salacious interviews with adult stars on her ‘Hoe & Tell’ podcast.

After working as a nanny and an interventionist at a children’s foundation, Lena joined forces with well-known influencer (and now fiancé) Adam22 in 2016, and the formidable power duo’s popularity has since soared – particularly on Lena’s OnlyFans, where they currently rank among the top .01% of content creators. Follow Lena the Plug on her Twitter page @lenatheplug.