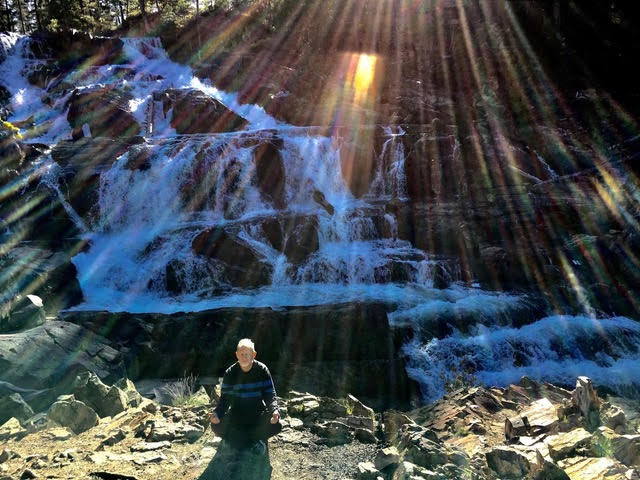 “Life is what happens, while you’re busy making other plans” John Lennon. 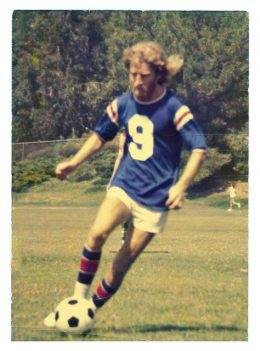 Los Angeles, CA (The Hollywood Times) 4/4/21 – Adam Rado passed March 15, 2021. He was many things. Composer, Educator, Husband, Athlete, and Enlightened Atheist. He was also a gentle spirit, my best friend, and the man I considered my brother.

Adam was born in Hungary on July 27th, 1949. His childhood memories include looking out of the window of his home to witness the violation of his neighborhood by Russian tanks. His father was a proactive part of the Hungarian resistance in both World War II against the Nazis, and he later recruited young Adam to hand out leaflets in opposition to The Communists who would take over Hungary for a generation. Adam’s family would flee Hungary. He remembered dropping his favorite board game in the woods on the run to safety across the Austrian border. The game had to be left behind. Thankfully, the Rado family successfully escaped Hungary. They came to America looking for a better world and a brighter future.

He arrived in America at the age of seven. The only child of Steven and Lenke Rado; the family would eventually settle in Hollywood. Adam’s mom, Lenke was a beautiful, kind, East European flower with old-world grace. Steven was a wiry, taut, resourceful man with matinee idol looks whose talents included Theoretical Physics, Fashion Design, Music, Business, and Soccer. Lenke would die of cancer too soon under the care of young Adam. Steven lived into his nineties. The family would buy a house that sat on its own hilltop in Laurel Canyon. A perilous quarter-mile drive on a dirt road bordering a steep cliffside drop was required to visit Adam. Every visit was special. Every visit was an adventure rewarded by a picture-postcard view of West Hollywood and the vast expanse of the Los Angeles basin; a view that nightfall would morph into a bay of lights. In this house (nicknamed The Bulwer House), Adam would live the majority of his life. 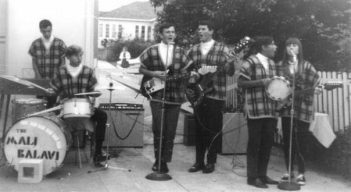 Adam’s first love was music. Like many of his generation, his heart was captured by The Beatles and The British Invasion. And though he was a classically trained pianist, he fell hard for the athleticism of Keith Moon and became a drummer in the band Malibalavi. They would become the top band at Hollywood High School in the years 1966-67, recording a 45’ single in pursuit of stardom. It was a heady time to be Hollywood High’s reigning rock gods. The hippy counterculture was in full swing; the kids were takin’ it to the streets, and to quote Dylan; “There was music in the cafés at night and revolution in the air”.

Adam would continue his education, graduating from UCLA with a bachelor’s degree in History; a degree that was the gateway for a consequential career as an educator in Math, Music, and English. After a period as an instructor at Dick Grove Music School and the LACSD, Adam would go on to become a top instructor and coordinator for UCLA’s ESL extension program. His positive influence is still felt by the thousands of students he taught as well as the teachers and staff he mentored and befriended. So profound was his impact, his associates are setting up a Scholarship fund in his name.

I met Adam as a young adult. I was a clueless Valley kid. He was an exotic and unique individual.  He was a European Rock musician who had made records and manned the front lines in the summer of love. He also played ice hockey, smoked weed, and taught mathematics for the L.A. City School District. He was five years my senior and his friendship course-corrected my life in ways I still struggle to quantify.

At the dawn of the ’70s, Adam settled into his adult life at the Bulwer House on the hill. It was an idyllic setting where Adam reinvented himself as a composer of Rock Operas using new, emerging synthesizer technology. During this time, he wrote and recorded his magnum opus Time Traveler. He recruited friends and musicians to participate. It was his dream project that was years in the making. A labor of love that only a selected few would hear. 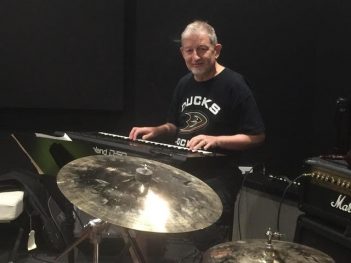 Adam would eventually abandon Time Traveler for a new musical project, The Future – which reflected his love for Science Fiction. On this project, he further explored the outer frontier of electronic sound. The Future’s inception roughly coincided with the culture-altering phenomena “Star Wars”. Appropriately, Adam chose the sidewalks outside Grauman’s Chinese Theater on Star War’s opening night as the site of his launch for The Future. A launch I attended and participated in with enthusiasm.

Adam was a well-read, fully rounded person who not only excelled at music but athletics as well. When he wasn’t involved in music, he was playing ice hockey in amateur leagues or pick-up soccer games at his beloved UCLA. He was always organizing and building communities of people. He encouraged people he shared an affinity with; in time, these mini-communities would become his extended family. 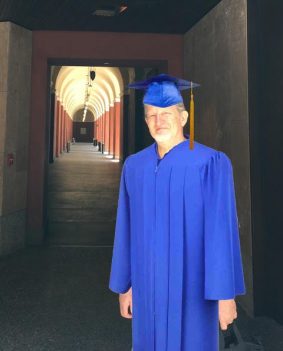 In the early ’80s, Adam’s final reach for the brass ring of Rock and Roll immortality manifested itself in the Techno-Pop project Humanoids on Parade. As usual, Adam didn’t just assemble a band, but a community of people. Adam was a teacher, mentor, and organizer. However, he dispensed his wisdom and experience in a manner that made you feel like a comrade rather than an acolyte. His friends Mikki Norris and Tina Gullickson fronted the band, and the music was a heady mix of electronic textures and slamming beats. Adam’s songs both lampooned and paid homage to Left Coast culture and explored romantic intrigue. Front ladies Mikki and Tina mixed Motown sass and New Wave crackle to intoxicating effect. The music was witty, radio-friendly, and the band looked amazing. A vinyl 12” EP was released but never crossed over to a wider audience. HOP disbanded. They deserved a better fate.

Ever the pragmatist, Adam drifted away from music. Eventually, he would find his second calling as a classroom instructor at UCLA Extension’s American Language Center (ALC). He would remain with UCLA for 30 years; ascending to the position of coordinator of ALC’s Intensive English Communications Program (IECP). Adam lavished all his creative and artistic energies into the program and his students. He not only taught his foreign students the language of this country but its humor and context as well.  He authored and published textbooks that injected creativity and fun into the learning process. Countless young lives were positively impacted by Adam’s efforts. He loved his students and remains beloved by them to this day. 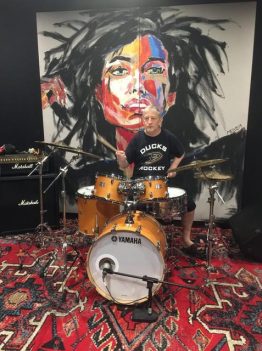 The new millennium found Adam entering a new phase of his life as he passed his 50th year. He found the love of his life, whom he married in December 2006; I was best man at his wedding a scant two months after Adam was best man at my wedding in October. Eris remained by his side for the remainder of his life.

As Adam entered his sixth decade, personal tragedy struck when he was diagnosed with an aggressive form of cancer. Adam always taught and inspired others; however, this was a different kind of teachable moment. He fought his invisible enemy to a draw for a decade.  He displayed courage and perseverance that inspired many of us also navigating the vicissitudes of advancing age. He remained in his position with UCLA without losing a step. He still took regular shifts in his senior Hockey League and traveled often with Eris to visit friends, family, and marvel at the natural wonders of his adopted country. 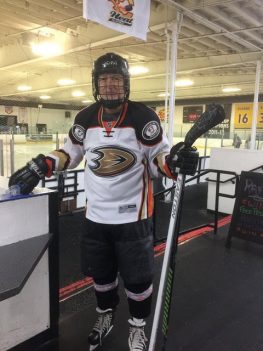 In the last few years of his life, he closed the circle with his music. In 2017 he organized a 50-year reunion of his old High School Band (Malibalavi). I was asked to channel the spirit of their departed bass player in concert with the four surviving band members. It was the greatest honor of my musical life, and the success of the reunion resulted in an annual event that became bigger with each passing year. For me, this period confirmed the healing power of music. These last four years found Adam engaged, enthusiastic, and inspired. The amount of energy and enthusiasm he displayed was heartening to those of us aware of the battle his body was fighting against itself.

Our last reunion was in January 2020 and it was our finest hour. Adam in particular stood out as his drumming kept the ballroom dance floor packed the majority of the night. Plans were set for a fifth reunion concert in July 2020 to commemorate Adam’s retirement from UCLA. It was never to be. Covid-19 and its accompanying lockdown robbed Adam of the quality retirement he worked so hard for. Little did I know, the 2020 reunion would be the last time I would be in his presence until his final hours in dreamland before his passing. 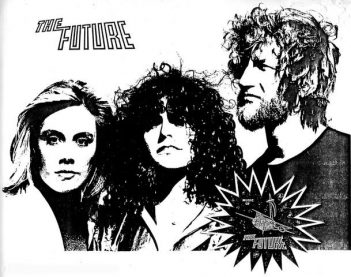 I was fortunate to be with Adam his last few hours on the planet. I played guitar for him, expressed love, and assured him Eris would be looked after. Hours later, Adam passed painlessly with Eris at his side. As I sat next to the silent vessel that once housed the spirit of Adam, I meditated on 45 years of friendship. I thought about his sense of humor, his generosity, and the void he would leave in my life. We never shared a toxic moment, and he never wore out his welcome. Not once.

RIP my brother. You are now entering The Future