Los Angeles, CA (The Hollywood Times) 1/6/20 –  Catherine Natale was born in Jersey City, N.J. She began performing as a teenager to combat shyness. Her new web series,  “All About Manos.”  is about a woman who had one date in high-school with a guy named Vic Manos that date never ended twenty years later in Geraldine Santini’s eyes.

When did your acting career begin?

I started acting when I was a teenager to combat shyness. My mother Dolores was a big influence. She saw something in me. She would teach me little songs and would take me to dance classes. I modeled for a local Department store as a child in Union City, New Jersey. It paid for my school and clothes and I learned what work was ethical but modeling was not easy. My first acting gig that I got paid was for playing a teenager for Planned Parenthood. I would go to schools and we would improv us teenagers about peer pressure and birth control etc. As a teenager, I auditioned for the American Academy of Dramatic Arts in New York City. It was a teen program; not yet an adult. I was accepted and that’s where I fell in love with acting, literature the great writers of theatre. I also learned about history being only 16 years old I had interests that others couldn’t perceive. I eventually attended the two-year program at the Academy of Dramatic of Arts. I went on my first audition at 17 years old and didn’t do well at all. I had no idea what to do. I did not audition again until I was 19 years old. At that time, I was auditioning for stage and some film. A stage director saw my work in a production I did and then cast me in an Off-Broadway show that he was directing with a young Rob Morrow from “ Northern Exposure .“ That’s when I earned my “ Equity card “ and finally began to get paid.

Yes! My Mother saw the creative side of me and always brought me to shows and I was creative since birth. I had that something either I was drawing or acting and even dancing it was my destiny. My father not so much. He could never understand my goal. He kept thinking I would grow out of it. LOL

What genres interest you?

I always love drama. The underdog. Survival of the fitness. Human spirit something I can relate to. Comedy is the best medicine. I like both. To me as an Actor you should do everything.

Tell us about your Award-Winning film, “Beyond the Pale.”

I acted in Beyond the Pale. I played Margie a hooker who shouldn’t have been one. She wore her heart on her sleeve. The film is about a young Irishman enters the US illegally with his wayward friend Seamus. Landing in New York the pair started with dreams of striking it rich but soon find themselves in dead-end jobs and drifting apart. It won the best drama at the WorldFEST in Houston. It starred Malachy McCourt who is known for The Devil’s Own and All My Children.

What is a misnomer about Indie Films?

Because they are low-budget and no major names the industry perspective is that the film is subpar. Which is far from the truth. An Actor can be a non-name but because of online platforms and the Actor can become an A-list because of word of mouth or a surprise hit the public is the judge.

Share your experience on set in the film, Trees Lounge, Burlesque (starring Cher) and Wheels. 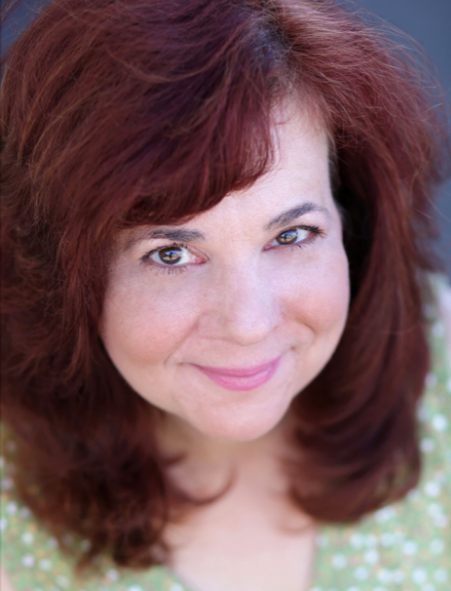 Tree’s Lounge is an interesting story. For all of the Actors out there. Listen up! I was an Extra and I was union. I was in a park out in Long Island, NY with all of these other background Actors. I had no makeup on and jeans and a jacket. They wanted mothers. So throughout the day, we worked. Steve Buscemi was great really intense and was directing this film that he wrote. Later that day, Buscemi got his first AD to line up all of the women on set, all us extras assembled in a line. Mr. Buscemi went to each woman and then he came to me. Stared at me and ask me what my name was. Can you improv? Yes I can. Ok! That’s our Mom get her into makeup. I had no idea what I was going to do. I was told you are going to be doing a scene with Mr. Buscemi. They got me on set with Steve Baldwin who I met hung out with both of them. Steve sets up the scene and puts me through the paces he starts improving! Ok! Here I go. And I played Mom at the ice cream truck. They took two kids from the set and made me stand on an apple cart because the kids were taller than me. The big thrill was Buscemi giving me a high five afterward! That was my first role on film. So, you have to be lucky, but ready. Burlesque, I got an audition from my Manager like that day to audition for this film. In fact, I almost missed a fanatic e-mail and text from her. I had the flu. I almost canceled but I said ok. I looked bad and I summoned all of my strength to go. I was so dizzy I had my husband drive me. The Casting Director was John Papsidera he has cast some major films like this one. I remember thinking there is no way I am going to get this but I get a chance to be seen that is the main thing. I had one line. I dressed in my best Mid-West look and went in and said the line. Stared at the pile of photos and resumes on the Casting Director’s desk. About six weeks later, I was at Sony Studios getting fitted and I could hear Cher in the background! I got a chance to work with Christina Aguilera she was very nice. The best part was the premiere party for the cast and crew at Sony. Wheels is about Two suicidal paraplegic junkies hustle their way through the city streets trying to find a reason to live. Very indie an intense drama Directed by Donavon Warren. I got a chance to work with Patrick Hume who can be seen in Sons of Anarchy, Whitney & Pirates of the Caribbean: At World’s End. I beat the crap out of him he played paraplegic junkie and he went to rob me. Loved working with Donovan and Patrick.

I like the process and working with some fantastic Artists that make me better. As an Actor. You just keep learning about your craft but also about yourself. I am that character actress and I love getting into the character and the meaning of the “word” because you are the writer’s instrument. Now that I have started writing I have a lot of respect for writers. 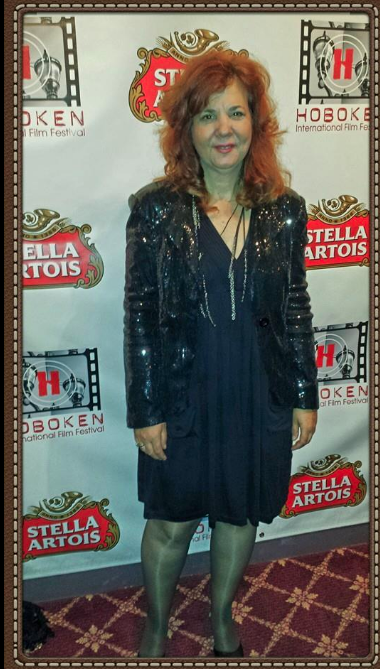 What roles do you look for?

I like extreme characters with a lot of flaws. Because that is life. I love comedy.

You have co-created, written and produced and acted with actress Eden Young in the new web series comedy called “All About Manos.” Tell us about this project.

I just started writing a few years ago. Eden and I are still new to it. This web series is about a woman who had one date in high-school with a guy named Vic Manos that date never ended twenty years later in Geraldine Santini’s eyes. I had this idea for this web series I knew someone back in New York who was obsessed with a guy she had one date with it was all about fantasy. That is how I got the idea. Of course, there is a creative license it takes place in Los Angeles but the main characters are from the East Coast. Eden Young a fantastic actress who I worked with on a few projects. We became friends and I always enjoyed working with her, people say we have “chemistry”. We play best BFF’s! Jane Spot my character bored housewife who is a happy hoarder and Eden character is Geraldine Santini who is obsessed who is always at the edge of danger or trouble. We had a little budget but we had the passion and had a great cast who have worked in TV and Film the great director Danny Herb who got the dark quirky comedy.

The main cast we have Christopher Chen (Jay Spot) who has been on Curb Your Enthusiasm, Abby, It’s Always Sunny in Philadelphia and many more. Alexis DeLaRosa (Vic Manos) Shameless, Hawaii Five-O and Hardcore Hearts. Shelly Desai (Mr. Yip) Mall Cop 2, Here Comes the Boom and Men of a Certain Age. We had so many other talented actors in our cast. Since All About Manos launched we received awards and have been nominated in Film Festivals such as NSAEN Online Film Festival “Best Web Series”, LAWEBFEST nominated for Supporting Actor Christopher Chen and Outstanding Lead Actor Alexis DeLaRosa, most recently, New Jersey WebFest for Best Comedy Ensemble we continue to receive good responses from the web series community and fans. We have written six more episodes and hope to film this year of Season 2. We are on Amazon Prime and other online platforms.

Tell us about #Gamophobia. What is it about dark comedy that resonates with you?

Gamophobia means “fear of marriage”. It is taken from a woman’s point of view and how she copes with it that phobia. I like characters that are not always trying to be funny but are interesting that hold you and you can live through them. The best compliment a person can give an Actor who just saw your work is: I know someone who is just like that character you played last night on stage or in a film it brought me back to that point in my life. “ To me, that is the greatest compliment any Actor can receive which means I did my job.