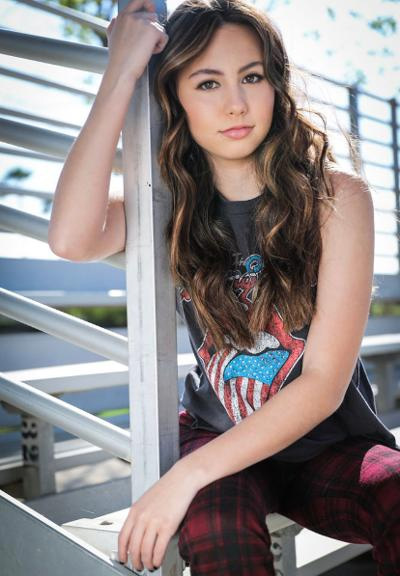 By Debra Wallace
Los Angeles, CA (The Hollywood Times) 12/4/21 – Actress and voice artist Lola Raie says that performing with film actress Jennifer Garner in the family-friendly movie Yes Day is one of the highlights of Lola Raie’s burgeoning career so far, and this is clearly the beginning for the rising star.
The actress who is a native of Los Angeles, Raie caught the acting bug at the tender age of four when she performed in community theater plays. At the age of five, she landed her first commercial for Office Depot. Lola then went on to have both supporting and starring roles in shows such as Amazon Prime’s Creative Galaxy, and FX’s Legion.
Most recently, she had the opportunity to perform a supporting role on Netflix’s family movie Yes Day, starring Jennifer Garner and Jenna Ortega.
This year, she voiced her first animated feature Ainbo, Spirit of The Amazon where she portrays the main character, the adventurous and brave Ainbo.
Lola. when did you get the acting bug?
Lola Raie: I always loved performing, and when I was 4, I did a couple of community plays and knew that moment I always wanted to do this.

What is it about acting that fuels your soul?

I love playing different characters. You get to step into the life of someone else.

When was your big break?
Advertisement
I’ve done quite a few things in the last few years, But I’m not sure I’ve had my ‘Big Break’ yet. I think all the things I’ve done are stepping stones to the next big thing.

Tell us about your starring role in Amazon Primes’ Creative Galaxy.

I remember it was enjoyable. I was seven, and it was my time filming for TV. I loved making things, and I had the opportunity to be creative on set.
Advertisement

Which role has challenged you?

My role in Axium Effect was probably the most challenging. I was younger and had to tap into my emotions.

Tell us about your new role in Netflix’s “Yes Day.” What intrigued you about this role?
I was excited to be in a film with Jennifer Garner! There were a lot of kids on set, so it was a great experience.

What would a director notice first about you?
I’m not sure what a director would first notice. I hope it will be my personality and talent.

This year you voiced an animated feature, Ainbo, Spirit of The Amazon. How exciting was this experience?

I was very excited to book my first lead animated role! It was fun to work every day with amazing people and voice a character I would love to see on the screen.

I have a role in a new Disney+ series that comes out in 2022.
Please share your social media links