You are drawn to strong female roles and psychological drama, tell us about your favorite role.

Sarah Maddocks: I was cast in the lead role of Emily Hobhouse in “Inside Out” an award winning BBC TV series. Emily Hobhouse was a human rights activist who uncovered the grim secrets of concentration camps run by the British during the Boer War in South Africa. At the time, she was both celebrated as a heroine in South Africa and forgotten by the UK. It was fascinating to research and play such a controversial and inspiring woman. Her courage saved thousands of lives – mostly of women and children – at the cost of her health, fortune and reputation. I love playing strong female roles – the more challenging the role, the more exciting it is to play. I like characters who have depth and undergo a personal journey and experience change in some way, which makes them a different person by the end of the production.

Sarah Maddocks: I’m half Welsh, half English and was brought up by the sea in Sussex on the south coast of England. I love dividing my time working in both LA and the UK in TV and film. I enjoy inhabiting different characters and telling their stories and acting in a variety of different genres, ranging from crime drama to romantic comedy and from action adventure to period drama. I trained at RADA and Drama Studio in London and have worked in film, TV, theater and radio, but my first love has always been film and TV.

You are an experienced voice artist. What intrigues you? Please share a few of your favorite projects.

Sarah Maddocks: I’m a versatile voice artist, experienced in audio drama, animation, film dubbing, audiobooks and gaming. I love the freedom of voice acting – especially gaming. Everything has to be expressed with your voice: tone, pitch, emphasis, volume, accent, pauses – they all “say” so much, even without actual words. The sound you make and the “physicality” of that sound, is so important, as it’s the only one of your senses that will really be communicated to your listener. My favourite projects were a game called “Black Desert” and a new sci-fi radio drama series which I can’t say much about yet, but will hopefully be released very soon. In both projects I play a variety of different characters which was great fun to do!

Sarah Maddocks: My first role was in a film raising money for a hospital scanner – it was an exciting film involving lots of stunts. I played the Doctor operating the scanner and then passing on the results to the patient and their family. I really enjoyed the experience and consequently have an admiration for stunt work!

Tell us about your latest feature film, “Adventure Boyz.” What particularly interested you about this role? 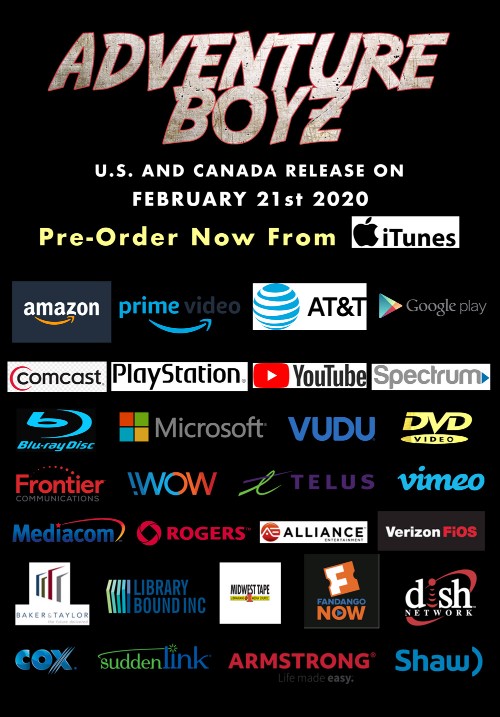 Sarah Maddocks: I’m hugely proud of my latest feature film “Adventure Boyz” directed by the wonderful and talented Howard J Ford (“Never Let Go”, “The Dead”). “Adventure Boyz” is being released across the US and Canada from 21st February, following a successful screening at Cannes and a sell-out UK Theatrical release last year, to great critical acclaim – it was the top-rated film on IMDb for a while. The synopsis is:-

“When England’s largest castle is robbed by a notorious crime boss (Jon Campling, Harry Potter’s Death Eater), the last thing he and his criminal gang expected to be up against were two boys on BMX and their speedway racing dad.”

I love the message of this film – it is a true family film and a joy to work on. I play D C Pierce who is constantly outwitted and outmanoeuvred by the two inventive young protagonists! “Adventure Boyz” aims not only to entertain the whole family, but remind us of the thrills and adventures we can all have away from a device. The film stars a real father and his real sons portraying Speedway rider Mike Harris and Sam and Jake Harris (Played by Rory, 9 and Felix, 7) and surrounded by a very talented cast from Harry Potter, Tomb Raider, to World War Z and of Course Clint Eastwood’s ‘Gran Torino’ car and England’s largest castle! “Adventure Boyz” was shot on location in Sussex and it’s the world’s first and only movie designed specifically to inspire children to “get off their devices and get out there”! 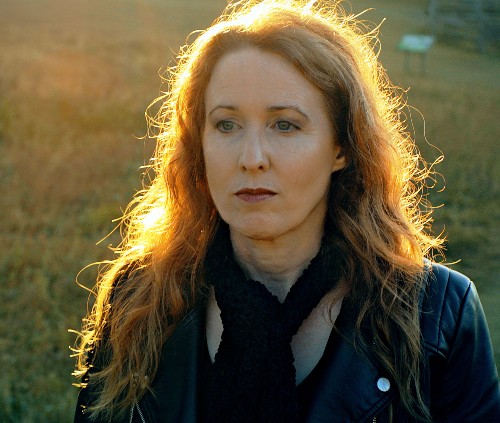 Sarah Maddocks: I’m a highly experienced TV Director having worked for the BBC for many years. I have directed single and multi camera dramas, both on location and in the studio. I have also directed live studio-based magazine programmes, live multi-camera outside broadcasts, documentaries and news bulletins. My favourite programme I directed, was a multi-camera live BBC broadcast based on the BBC TV series “Strictly Come Dancing” – it was a great success!

Sarah Maddocks: “Emergency: LA” is a new US scripted drama featuring the fictional officers of LAPD, members of LA Fire Dept Station 77 and staff at Emergency Centre Trauma One – we follow their day to day adventures, rescues and everyday lives. The show is designed to celebrate the heroes that respond to 911 calls, without question. I play Christine Rosen, the Hospital Administrator, who has several personal and professional challenges to overcome throughout this series, as well as in the spin-off series “Trauma One”. Both shows are currently awaiting the green light to start shooting. I’m also involved in the exciting new US sci-fi TV series “Space Command” created by Marc & Elaine Zicree, which will be coming out very soon.