What role are you best known for?

Samantha Rivers Cole:  Hmmm, I don’t know about that but I really enjoyed my role on The Deuce and getting to work with James Franco. He was a dream to work with; super friendly and laid back on set and put everyone at ease and then his work was amazing. I love when my job allows me to work with great actors and people. He really gave me something to aspire too.

A role that no one knows about that was one of my very favorites was when I got into underground professional women’s wrestling for a hot second and wrestled some pretty tough broads as the heel Candy K. Vicious and I was “up to no good.” That was like totally fun and crazy.

You have been called, “The Peculiar Girl.” Tell us more.

Samantha Rivers Cole:  I’ve always been kind of a weirdo. Ever since I was little. I’ve always kind of lived in my own little world, super shy and socially awkward as a kid and somewhat too as an adult. So when a mentor of mine, Valorie Hubbard once said, “You know what you are – you’re The Peculiar Girl,” it just kinda stuck. I’ve always felt a little awkward and out of place and not totally comfortable in my skin. I think that’s why I love acting – when I can kind of put on the facade of a character it frees me up to “be someone else” and be confident, and sophisticated or wild and crazy or whatever the character calls for and everything I’m not able to be in real life. It’s such an escape! Also, a lot of the roles I play seem to be a little “off” in some way so it fits both me and my work.

Samantha Rivers Cole:  When I was just starting High School I was so painfully shy when a cute boy looked at me I would turn bright red and shrink away. And I had such a huge fear of public speaking, maybe some of you can relate. I hear it’s a common fear, maybe THE most common fear – many people fear speaking in public much more than they even fear death, so anyway. I could not speak in class and when we had to give presentations or speeches I would speak so softly no one could hear me and stare at the floor. It was so bad that one of my friends, I remember, Nicole Grutman (they used to call her Slutty-Grutty-The-Boney-B*%#!. Gosh, people in my school were mean! She was neither slutty nor a bitch; she was totally cool and a great friend) told me I just had to take a drama class because that would help me get over my fear of public speaking. So I took a drama class freshman year and my first time doing a  monologue on stage I was totally hooked and even to this day I still can’t give enough of acting. So if anyone is to blame I’d say it’s Slutty Grutty. Also, Laura Dolas, my college acting teacher at Berkeley was a huge inspiration to me. She told us all about how wonderful and awful the life of an actor was and so that made it seem like it was a real thing that could be done. I got to see some plays she was in at Berkeley Rep and at school and I was just so blown away by her acting, she is phenomenal. I wanted to do that. She helped me prepare for Grad school auditions. So she was a huge inspiration to me.

Tell us about being on the set for Power. 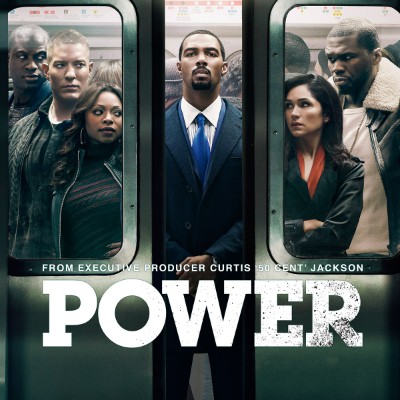 Samantha Rivers Cole:  I loved being on set for Power. To be a part of this awesome series was such an honor and I’m so grateful. Thank you so much for casting me! Thanks so much for inviting me to audition Christine Kromer and Derek Hersey, you guys are awesome!

It was so cool getting to see Michael Rainey Jr. work with the director Anthony Hemingway in such a big scene. Anthony is so passionate about the work, so that was inspiring and cool to see. Shane Johnson and Naturi Naughton were really nice to me on set. And I saw my buddy there, Laura Aguinaga. It was a great experience.

Which roles have challenged you as an Actor?

Samantha Rivers Cole:  I would say every role is challenging in a different way and that’s a good thing because it makes me interested to solve the problem. When a role is a challenge you put more time and effort into really getting it and spend more time thinking and obsessing over it. When I’m obsessing – I think that’s when I do my best work. Sometimes preparing for a role kind of takes over your life for a while and that’s the freaking best!

But if I had to pick, I’d say my most challenging role so far was Lucy in Da Five Boros, a web series I got to play the lead in, written and directed by evil genius Charles D. Lincoln. It’s about the co-opting of urban culture and was a character really different than myself. I got to work on a really fun dialect for the part that I would never get to do otherwise and had to do some dancing and twerking and crawling around the floor of a busy New York City subway car for one scene which was ridiculous and really pushed me outside of my comfort zone. You know what’s funny – no one even looked up from their phones, LOL! We did guerrilla filmmaking all around the city and there was a lot of improv. What was super challenging is that many times I was only allowed one take and some of the scenes were maybe 11 minutes long of straight monologue and had to be one continuous take, so that was probably the most challenging and also the most fun role I’ve had so far.

How did you prepare for your role in Lincoln Rhyme? 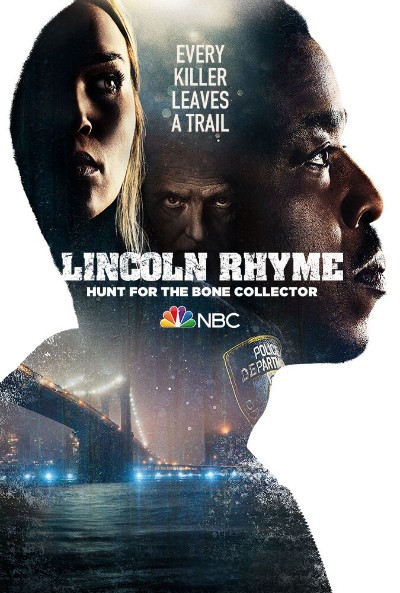 Samantha Rivers Cole:  My character had just discovered the seriously mangled body of one of her murdered coworkers and was horrified and distraught. So I researched awful crime scene photos and imagined what it would be like to see friends and coworkers in that position. I also cataloged a list of all the awful and worst, most horrifying things I’ve seen in my own real life and tried to focus on those things to get an emotional response. I’m sorry that’s so gross and awful and morbid but that’s my work. Yay! It’s so much fun!

Samantha Rivers Cole:  I have a short Indie Film I’m shooting in a couple of weeks called Shattered Image that I’m super excited about. It’s with one of my favorite film production companies here in the city, Kins Productions with James Harkins and I’m just so happy to get to work with them again. James has created a production company that has a sense of community and family to it. I get to work with some of my favorite Actor buddies and some Actors whose work I have admired for a long time but this will be the first time I get to work with them so I’m super excited. I love making films!

Thank you so much for having me!!!!