Los Angeles, CA (The Hollywood Times) 2/27/2020- Jenilyn Noelle Rodriguez is a New York based Actress, Producer, and Writer. She has worked alongside film and television greats with credits including: “The Good Wife,” “Ricki and the Flash,” “Gossip Girl,” “Gods Behaving Badly” and “Sarah Q.” She has also produced 4 award-winning films including those with her film mentor John A. Gallagher.

You grew up near Buffalo. When did you decide on acting?

Jenilyn Noelle Rodriguez: My parents are actually performers, and they are both from NYC. They met doing a play onstage and…that was that. We were raised (big brother, little sister) up near the border of Canada, but we are all lifelong performers. My sister Jessica and I have been singing together our whole lives – we even had a rock band! I did any and every thing I could do in upstate NY’s smaller entertainment market – commercials, short films, concerts, plays. I came to NYC right away when I finished school to expand the types of projects that I could do. I didn’t really think about creating my own at first, I just wanted to act, sing ~ anything.

Tell us about your role in “The Good Wife.”

Jenilyn Noelle Rodriguez: I worked for a week on set as part of the legal team for Rita Wilson’s character, a high powered lawyer. That was an awesome experience, the set was so fast-paced and it all made so much sense to the plot of the season, to moving it forward. I loved it. It really fueled me to keep creating my work as well.

What was your favorite moment on set?

Jenilyn Noelle Rodriguez: My favorite moment on set was while working on “A Most Violent Year” with Oscar Isaac. It’s memorable because I was supposed to have a speaking role, and it was changed last minute and my line was given to someone else. They were going to move me to the side and a little more out of frame, but Oscar said: “I’m sorry, we’ve run this a few times and she and I had a really great moment together I’d like to keep that.” That moment changed my life. This person was really paying it forward and I was so moved. Then I knew that I wanted to help others in their careers as well.

What roles challenge you? What are you best known for?

Jenilyn Noelle Rodriguez: I tend to play a lot of funny characters, which I love. When I was writing for a comedy show, it made me realize that everything can really be funny with a twist on it. The trick is for the actor to take ridiculousness seriously and with subtlety. Darker, more villainous roles are an awesome challenge. I love those kinds of roles too, though I deal a lot in energies; you never want to take that darkness out into the world when you’re done playing the character. My favorite thing to play is a magical character. 🙂

How do you switch gears from being in a horror film like “The Diary” to “Sarah Q?”

Jenilyn Noelle Rodriguez: I think that a film creates its own whole world, from script to set to editing, and sets the theme like a playground for artists to play in. In “The Diary,” I played a woman who was suffering from deep trauma, and as she is being “haunted” you don’t know if it’s her mind or the house itself. We were in a creepy empty house shooting extremely long days, which helped a lot. In “Sarah Q” I played the wife of a tough guy who likes to flirt with strangers to keep her marriage spicy, haha. Our set was light, fun, organized and fast-paced because Johnny Gallagher knows exactly what he wants. Gotta bring your A-Game to a set like that!!

Tell us about your new film, “Sarah Q.” What intrigued you about the project?

Jenilyn Noelle Rodriguez: “Sarah Q” was John Gallagher’s baby – I HAD TO be a part of it!! Johnny and I had been talking about working together officially for over 3 years when we went into pre-production for it. [We actually have a project that we have been developing and are slated to be making together by or before winter 2020.] It is such a pleasure to create with someone who knows their craft so well. There’s room to play and explore, and there is a very focused point to it all. I was between projects, and it worked out that I got brought in to be the production manager after it had been announced that I would have a role (described in question #4). Johnny and I share the same exact love of film and of filmmaking, and I am honored that he has become a film mentor to me.

You started Jen X Productions in January 2013, and cut your teeth as a producer with your comedy short “I Heart Jesus,” following with 6 more short films. What have you learned along the way?

Jenilyn Noelle Rodriguez: Oh man, it has changed my entire life. I had a huge red carpet screening party where I gave out the champagne and showed all of the films I had completed, and someone said: “Jenilyn I feel like I’m at your wedding and baby shower at the same time.” Haha! These films are my babies, they are my creations; from soup to nuts I’ve visualized and actualized them. In Astrology I am a Capricorn sun, Virgo moon and Pisces rising. Which theoretically means I’m goal-oriented, super organized, and very creative and dreamy, respectively. All these traits fit perfectly for me in the world I’ve created in making my films. My goal is to have my own predominantly female operated film studio. The biggest lesson I learned is that I need to finish things before jumping into the next one. I get so excited to create – I have at least 26 new scripts started – but I still have things I need to do to finalize and complete the ones I’ve got!

Tell us about your role in the internationally recognized and award-winning series “Neem’s Themes.”

Jenilyn Noelle Rodriguez: I started working on “Neem’s Themes” right when the series kind of went viral, and I knew I was so lucky to be on board. Neem’s humor and my acting style pair well, so we work great together. It’s been so easy to bring those scripts to life, and so fun to keep creating month after month. So much content! “Neem’s Themes” has won over a dozen awards, screened on four continents, and has over 5 million views and counting. It spans genres with web content, TV series/sketch format and short film adaptability. I am one of the series leads.

Jenilyn Noelle Rodriguez: I am always planning to make more projects through Jen X Productions – I have 3 of my own in the pipe for this year, as well as 3 with Johnny G. (including the feature “All Mobbed Up”), and continued work with a lot of incredible female filmmakers! I am cast in 3 films that are up-coming, and I am working on completing a solo rock album. 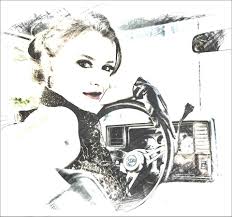