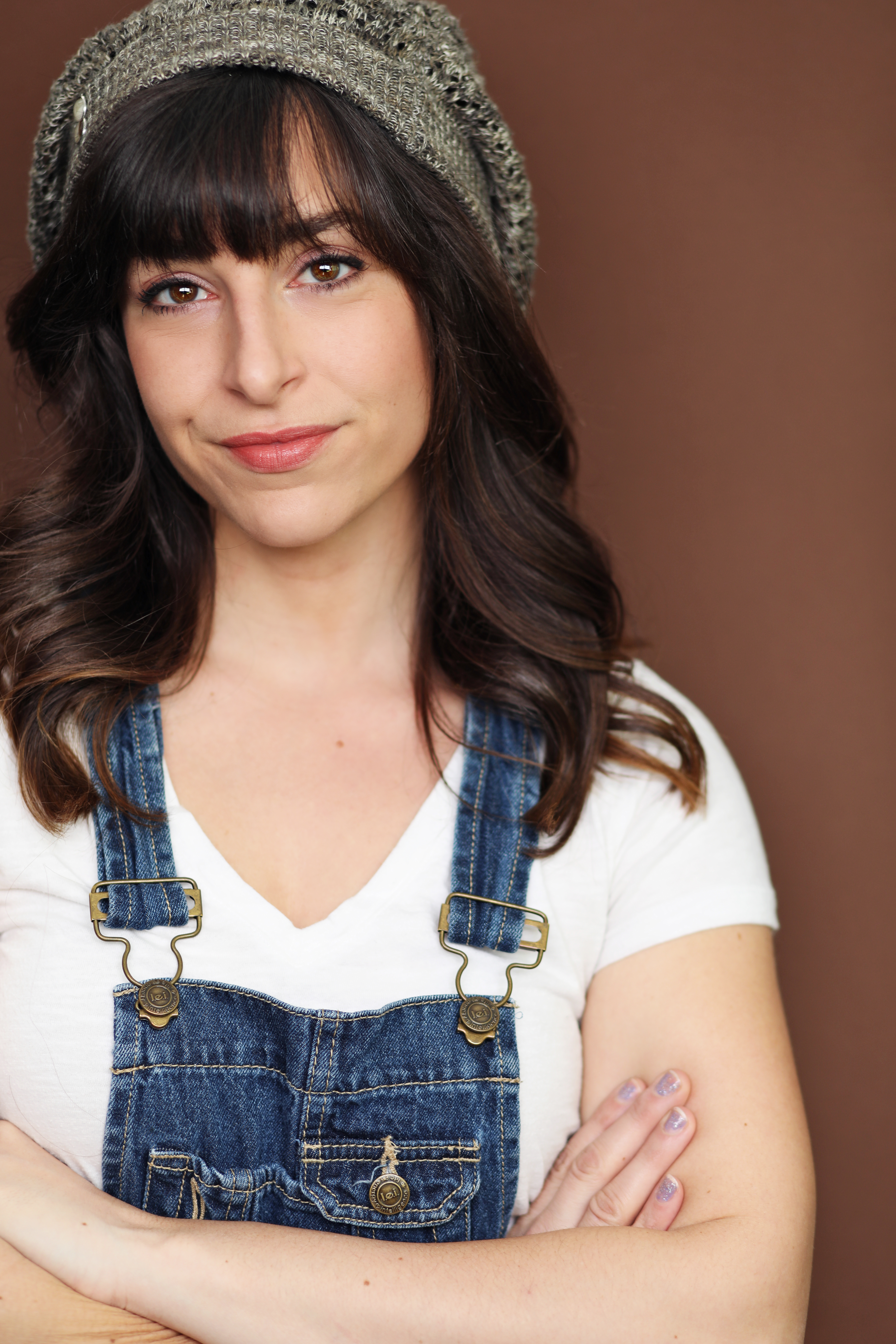 You have been acting since you were young. What fueled your desire to act?

I started in music by playing the violin and singing which eventually led me to musical theatre. When I was 9 I saw my first ever Broadway show in NYC and completely fell in love. From there I have found that I thoroughly enjoy the process of understanding different characters and why they make the choices they do.

I was lucky to have started booking theatre professionally in college. My first big paid role was Audrey in “Little Shop of Horrors”. While living in Lancaster, PA in 2014 I began doing smaller film projects and I felt the pull to devote more of my energy toward film. At the beginning of 2015, I had a supporting role in my first SAG feature film.

Tell us about the independent dark comedy, “The Occult Son.”

In “The Occult Son” I play Amy, who is struggling to get pregnant within her marriage. Without giving too much away per Patrick Murphy, the director’s request, an eclipse brings a very interesting character to the neighborhood, who stirs up trouble within their marriage. I took this project on because it was well written, it allowed me to improv quite a bit and I felt very connected to Amy’s midwest mentality. I love a comedy with heart!

You have been with SOLVE HQ, an interactive crime series from its creation in early 2018. Tell us about the role. How do you prepare for your role?

Each episode with SOLVEHQ is loosely based on a different crime/ cinematic crime moment. The majority of the Actors on the show come in as different characters per episode. The first role I was cast in was a bit different than my remaining episodes. I played a seasick girlfriend whose boyfriend was cheating on her while on the trip. Lately, I have been cast as more of a Jersey, loose cannon, strong female type. Every time I go into one of these episodes I figure out what my character wants, how they are going to get it and I make sure to play around with the beats within the scene so I know when the shifts occur. The series is special because it is all interactive, so you are not only watching but playing along and affecting what happens. The crew is amazing to work with as well!

What is your acting style? What roles interest you?

I tend to find myself gravitating toward more dramatic roles or ones that are outright funny. In theatre, I played quite a lot of zany character roles along with tragic heroic leads and it seems to be the same in film. Honestly, if a role is written well and the overall script is entertaining or powerful, my interest is piqued. Roles that challenge me are among my most favorite.

I drove from Denali Alaska to Los Angeles in late 2016, after working for a cruise line, with just my pup to start my life here. I had never even stepped foot in California previously.

You have been a guest star on “People Magazine Investigates” on Investigation Discovery. Tell us about this.

I was so grateful to have had Kelly Knox book me on this show. It was a very intense episode about a serial rapist. We shot scenes of this woman enjoying her time home alone while her husband and son were out and the attacker then came in. He treated his victims with love and tenderness all while sexually violating them. Being in this scene with another actor was very challenging and honestly heartbreaking knowing you are acting out someone’s reality.

Tell us about your upcoming projects.

I have a film coming up called “The Audition” by Patrick Hodgson Jr. and as soon as I read the script I was praying I would be cast. It is about all the lengths we go through as actors for sometimes just a simple co-star line. This woman gets home from a horrible day at her survival job and is exhausted and all she wants to do is go to bed but now she has an audition to do. This is so relatable. Yesterday I shot a commercial for a pretzel company and after a long day on the set, I had to do a self-tape. I will also be working on a feature-length film by Gunter H. Sanderson in Tennessee later this year.