Los Angeles, CA (The Hollywood Times) 8/06/20–  The past 3 years have been a whirlwind for Carol Ann Demarco. She has been studying with various teachers in TV/Film audition technique, scene study, improv, and has immersed herself full-time into her acting career. She has booked TV co-star roles, independent films, and performed in lead roles in several plays in the short play festival circuit.  Many plays moved into finals and won awards. She won Best Actress in The Ladies which also won Best Play.  Now, she stars in Crumb Cake written by Diane Harrington and directed by Anthony Robert Grasso.

What do you enjoy the most about acting?

I love the process of acting. Getting a script or a play, and studying the character and what motivates them, what has affected them and shaped them into who they are. Then when you breathe life into this character on stage or in a film, working with the other actors influences your choices and responses, so it becomes a living thing. The discovery that happens, as a result, is the most exciting part of acting and to me is like a shot of B12!

You won Best Actress in The Ladies which also won Best Play. Tell us about your role and what this win meant to you.

The gifted comedic writer Susan McDonald wrote this piece with me in mind. When you are presented with a script like that – it is a pure gift! I play Lady Mary in this comedic farce. Susan co-starred in the play and our chemistry on stage as we have worked together before is quite noticeable in our work. I have really honed my skills in drama gaining confidence from studying with Anthony Grasso over the years. Comedy has always been intuitive to me and getting to play in this wonderful comedic farce with constant discoveries incorporating physical humor – it was an experience that certainly is high in my books. Of course, the casting and the directing of the entire piece and working with the other gifted actors simply won over the audience. Hearing the bellows and the laughter – to me that is worth more than anything but being recognized as Best Actress with the play winning as well – that was like the cherry on top!

Holding that trophy in my hands, felt like I had just won a Tony!

My work has changed throughout the years and that is another reason why I love acting. The constant ups and downs, the challenges and the growth, as a result, is so exciting to me. At first, I only did comedies; but now I feel confident in dramas equally. One aspect I am always attracted to is the script. Is this a story that must be told and why? Therefore I love a character who is complicated and resonates with people. One who hides parts of themselves but is set on a quest to change, reform, understand or conquer etc. On that journey throughout the story, if they falter and get back up you can see their humanity. In the end does that character succeed on their quest and transform or gives up where there is no change? I love the challenge of these roles as it brings the audience on a wonderful journey as well as myself as an actor. 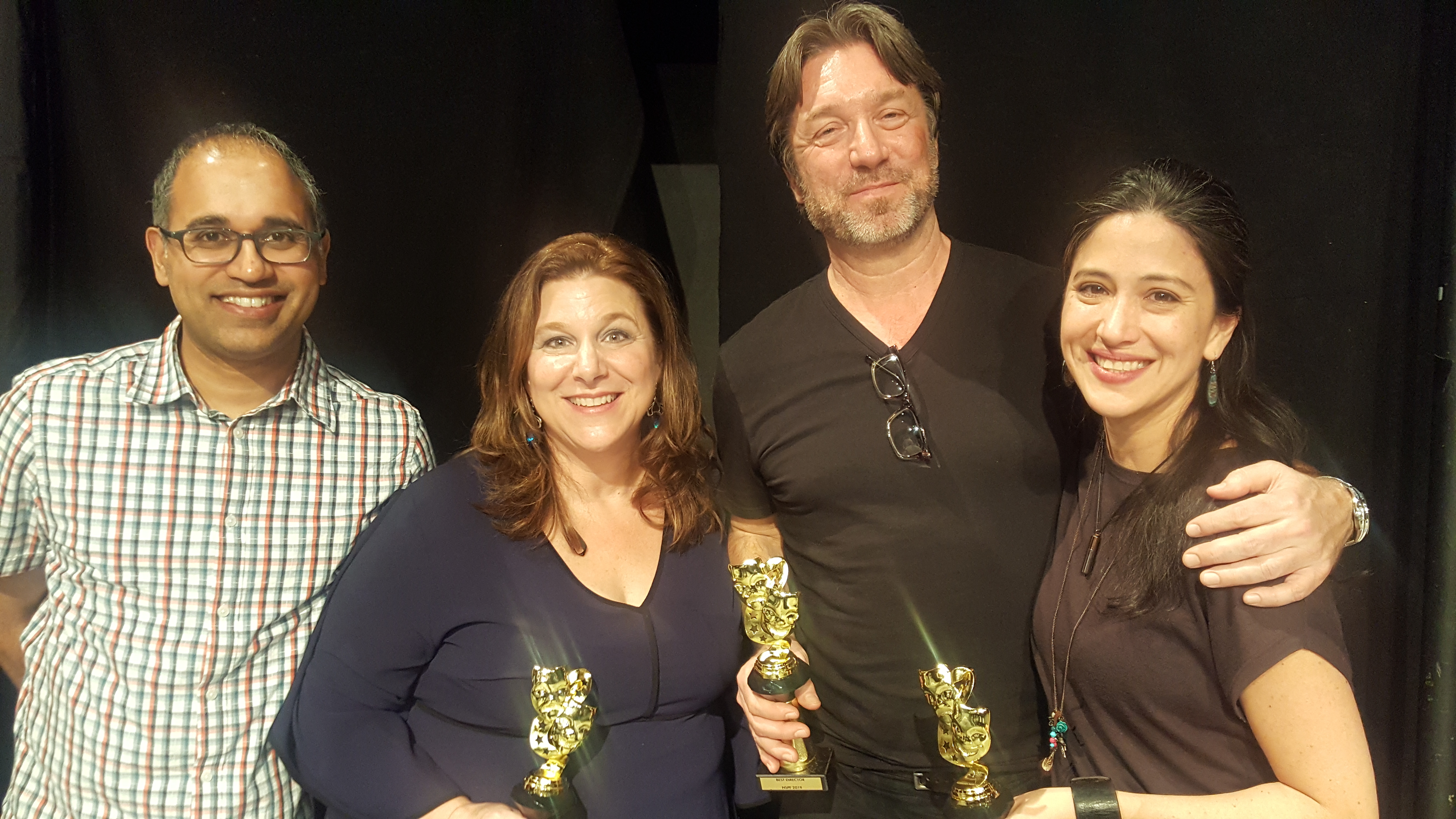 Share your connection with Diane Harrington that led you to your starring role in Crumb Cake.

I met Anthony Grasso, Diane’s husband on a film set. When I found out he was an acting teacher, I signed up for a class at his studio and have studied with him for the past 3 years. Diane and I quickly became friends in class. I was involved with a theatre company called NSPF that was producing original one-act plays in black box theatres in Manhattan. I suggested to Diane when she approached me with the idea of her script for Crumb Cake to adapt it as a one-act play. She wrote a beautiful piece called For My Daughter which she, myself, and another actress from the same company Leigh Anne West played the three sisters in the piece.

What intrigued you about the film?

How exciting of an opportunity for an actor to portray the life of my character Deidre on stage and then get to translate that character to the very intimate medium that is film. Shooting in Cape May with a small crew who I have worked with and respect, with Anthony directing, makes it feel like a small family. Being able to create and tell the story that I know will reach a larger audience and will touch so many people is very rewarding.

Tell us about the chemistry between you and Diane Harrington and Leigh Ann West.

Our chemistry and dynamics between the three of us as friends are filled with a lot of fun and constant ribbing. There are even the occasions where they gang up on me! 🙂 There is so much support as well in both our personal lives and the challenges we face in our careers. You can see this chemistry between the three of us on film – as it becomes so natural for us to play sisters.

I am performing in a one-act play called Writer’s Block. The playwright Michael Susko, asked me to reprise my role from this show that was originally performed in an NYC theatre. We are performing it via Zoom held on FaceBook Live this Friday at 7:30 pm on August 7th. Free but registration is required.

Our film Crumb Cake will be shown through the Festival Circuit in 2021.

I was asked to play Lady Mary again in The Ladies as Susan McDonald has turned the one-act into a full-length play. This play will soon be moving into production. I believe a reading will happen on Zoom but the goal will be to produce it at a Manhattan theatre when things are opened again.

I am performing in a short film called The Miners which focuses on the post-apocalyptic world and am the self-appointed leader in a small mining town where nothing is as it appears. We will be shooting in LA when things open again in 2021. I am the producer on this film as well.

You can find all sorts of stuff about me and clips of my work at: