Los Angeles, California (The Hollywood Times) 12/29/2020 – New York Actor, Writer, and Filmmaker, John Messina’s “Fight Story” will gain worldwide attention in 2021. The documentary highlights individuals that have overcome tremendous adversity because they were inspired by Sylvester Stallone’s Rocky Films. In this series, you will hear from cancer survivors, children with autism, victims of brutal abuse, and those that have suffered tremendous loss in their lives. Along with each highlighted “Fight Story”, you will learn how each individual mustered up the strength and courage to WIN despite facing insurmountable odds. “I believe that there couldn’t be a better time for a series like this one. We are living through unprecedented times with the COVID-19 pandemic and the political climate and division of our country. We’ve lost many lives in our country and around the world and many have lost their jobs and businesses as a result of the fallout. People are desperately longing for something inspiring and emotionally moving that they can relate to. Something that proves, if you work really hard and never stop believing in yourself, you can achieve anything.”- John Messina

From a very young age, I was fascinated by TV and film. I grew up watching blockbuster classics such as Star Wars, Indiana Jones, Superman, Jaws, and The Godfather. When My parents introduced me to the film Rocky, it awakened something inside me that was basically lying dormant. I can honestly say that Mr. Stallone is the driving force behind my passion for becoming an actor, writer, and filmmaker. Many of Mr. Stallone’s films feature the underdog overcoming insurmountable odds, which in turn inspires and motivates his audience. My goal as an actor and filmmaker is to inspire and motivate my audience, just like Mr. Stallone. I grew up with a very bad learning disability, that affected my confidence level as a child and young adult. It’s taken many years of hard work and soul searching to overcome a lot of my challenges and disabilities. Around 7 or 8 years ago, I decided to face my fears head-on, and pursue acting. 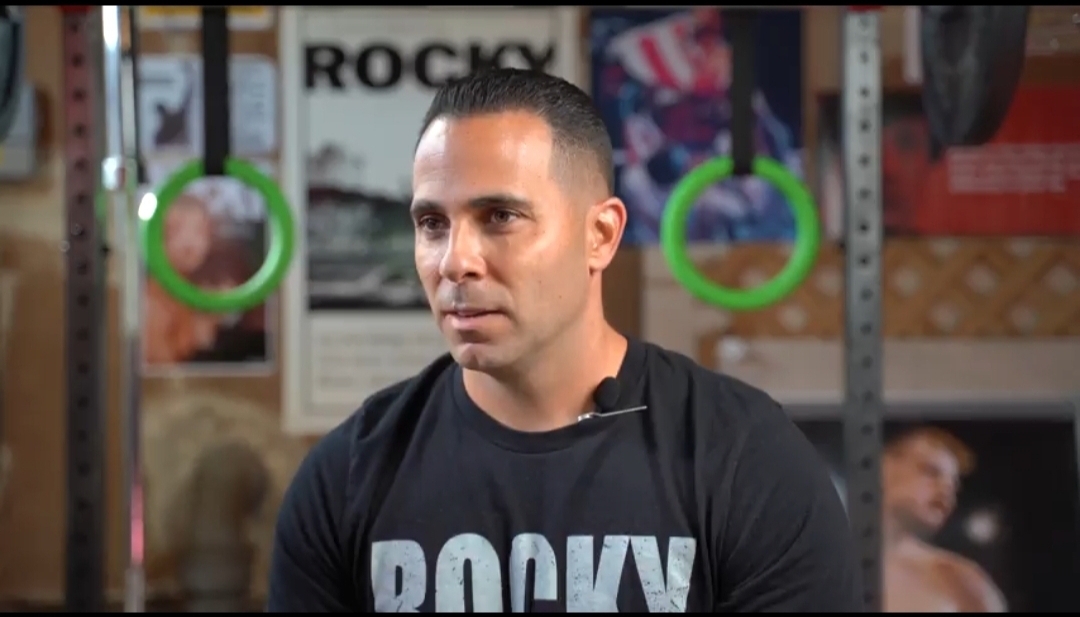 You have appeared in numerous independent films and have written a number of screenplays. What are you most proud of?

Although every role I’ve been cast to play has a special place in my heart, the project that I’m most proud of is Fight Story the series. This project has extremely deep meaning to me, and I’m using it as a platform to provide hope and inspiration to all that watch my series. This will also be the first time that I’m assuming the role of creator, director, producer, and host of a series.

Your new film, Fight Story highlights individuals who have overcome tremendous adversity. Tell us about the film.

Each story is very different from the rest and will tell a tale of triumph and inspiration. Our featured stories include cancer survivors, autistic children, brutally abused individuals, and much more. Every story has one thing in common, and that commonality is the Rocky films. When I initially set out to create this series, I thought I would find 2 maybe 3 other people as passionate as I am about these films… boy was I wrong! I put out ONE ad on social media describing my idea and what I was looking for, and within a week I had over a thousand emails in my inbox. Humbled and emotionally touched by the outpouring of support for this series, I began my quest of finding the most compelling stories out there. Six months later, I have my final 12 participants, which will make up a three-part series telling four stories per episode. 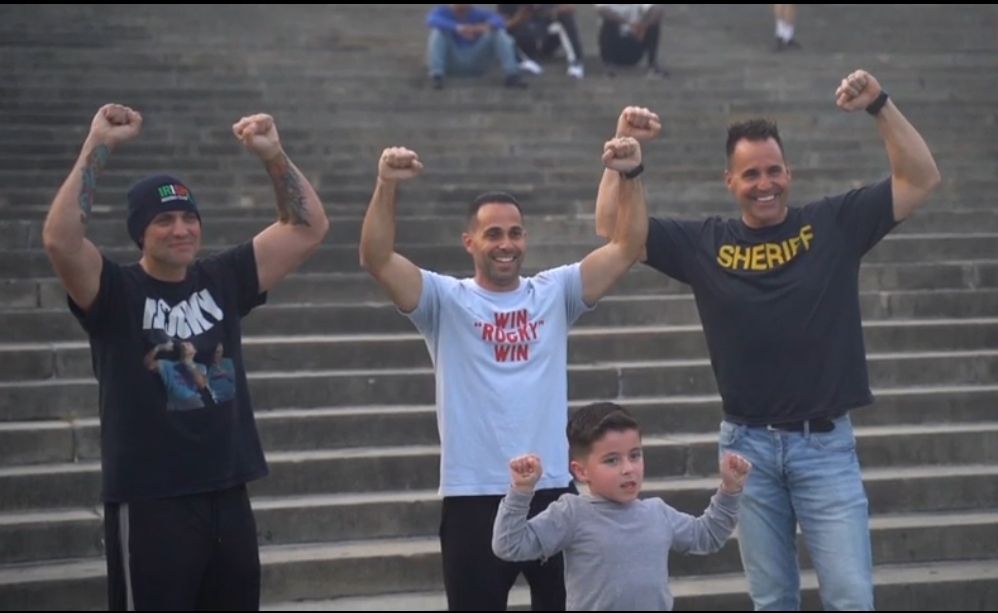 Why is this film timely?

This is actually quite interesting… through the long creative process of working many hours in order to create this series, from scriptwriting to casting, storyboarding, filming, editing, post-production, artwork… I’ve learned that even though I’ve spent a sickening amount of time working on his project, never once has it felt like work to me because I truly and thoroughly enjoy every second of this process!

Without giving too much away, my favorite part of episode one is a very emotional and intimate scene where I’m on top of the Rocky steps in Philadelphia remembering both of my late parents. Extremely deep meaning in this scene and it will probably go down as my all-time favorite moment in front of a camera! 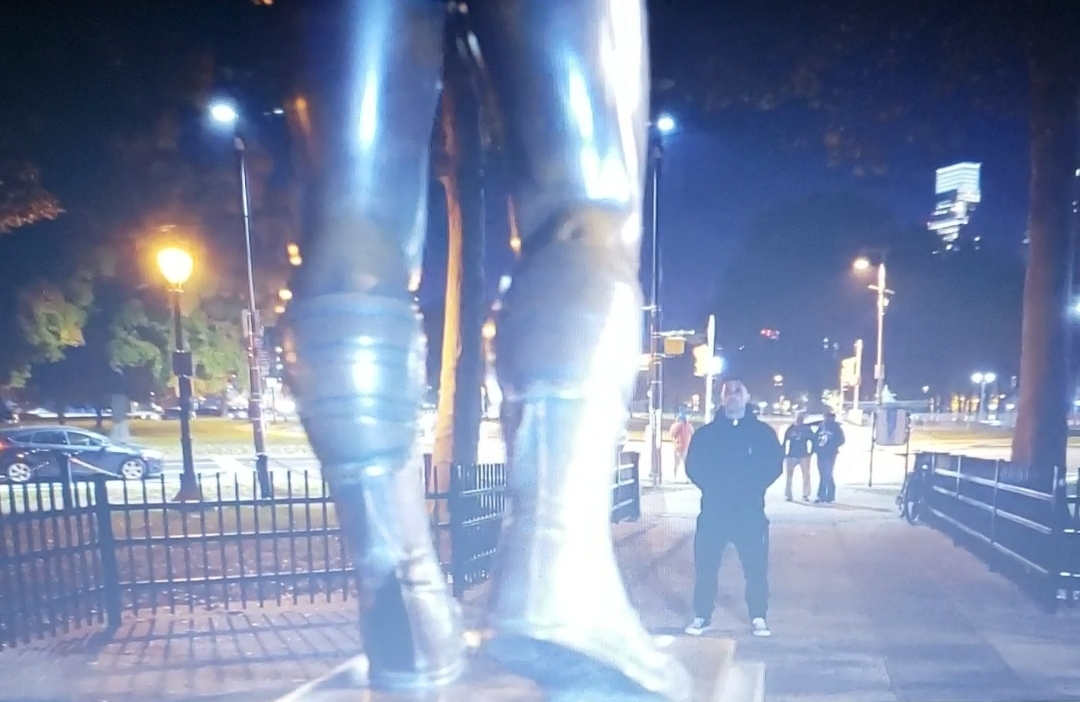 My next step in 2021 includes making a film festival run with Fight Story. Hopefully, once COVID restrictions quiet down, I will be able to begin filming and production of episode 2. I have numerous individuals from other countries that are involved as well and look forward to getting them here safely to film. I also wrote and will direct and star in a Fantasy Football commercial this coming Spring that we are working to bring Fight Story the series to one of the major streaming services.

Information on all of my current and upcoming projects can be found here: