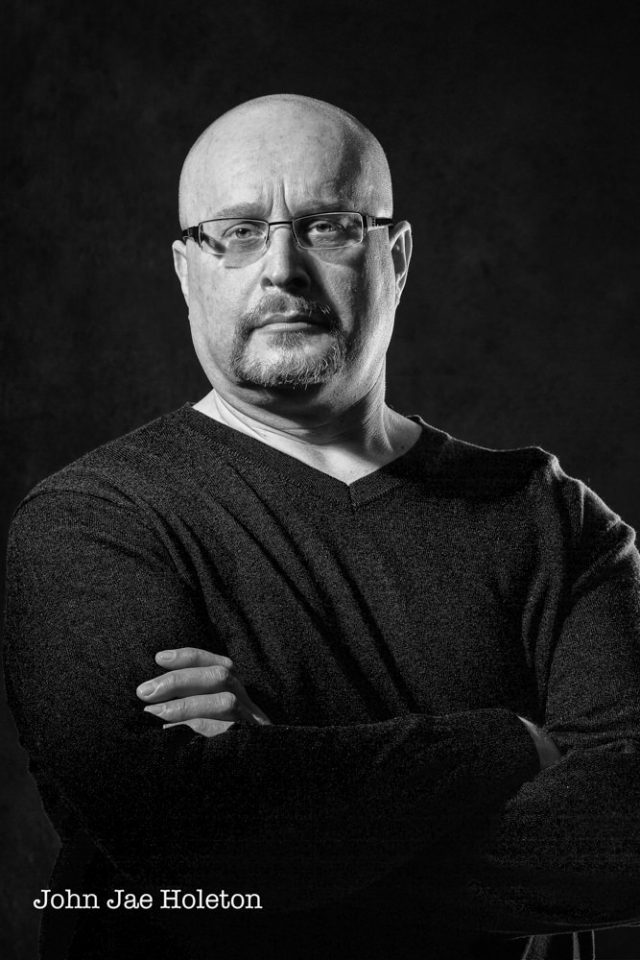 Los Angeles, California (The Hollywood Times) 2/28/2021 –   John Jae Holeton’s formal acting training has come predominantly from the Actors Loft of Royal Oak, Michigan. The legendary acting instructors Hugh Gall and Christopher Bondy have systematically transformed him into the character actor that he is today. “Their teachings have prepared me for the movies that I am currently working on.  My first short film was “Moments”, an Actors Loft Production, where I played Andy. A character who was in therapy for losing his dog.  During Moments, I met Keileigh Bouts who would get me involved in my current project “BlackSheet”, which is another segment of the Paper Series. The PaperSeries is a youtube series which is being directed by the extremely talented Tony McCant.”- John Jae Holeton

When did acting begin for you?

My formal acting training has come predominantly from the Actors Loft. My first short film was “Moments”, an Actors Loft Production, where I played Andy.  A character who was in therapy for losing his dog. During Moments, I met Keileigh Bouts who would get me involved in my current project “BlackSheet”, which is another segment of the PaperSeries.  The PaperSeries is a youtube series which is being directed by the extremely talented Tony McCant. I am working on the short film “Implosion” which is being created on the Actors Loft set by Director Shannon Coulter. Both of these films are set for release in June.

Tell us about a pivotal moment in your life.

One day in 2018, I woke up and did a self-realization inventory. I realized that I would never accomplish my dreams working at a factory. No matter how many hours I worked. At this time, I realized that I have been an actor my entire life. Pretending to go from one profession to the next and failing, only I wasn’t getting paid for it. I had nothing but a $1 bill in my pocket, so I went to the Salvation Army to see what hope it could bring me. At the bottom of a dusty, flea-ridden box I found the book Acting One, Written by Robert Cohen. For a month, I read this book over and over again until I could create my own training program. Once I felt confident enough I splurged and invested in the book Audition written by Michael Shurtleff. The “calling” came when I looked in the mirror and finally believed in myself. I can do this!!! Now I can accomplish anything that I put my mind to.

I am surprisingly good at romantic scenes. My technique comes from studying classic films which won academy awards. My instructors Hugh Gall and Christopher Bondy firmly believe that I am destined to do Horror Genre films because of my ability to control violent rage with eloquent facial expressions. I don’t need multiple triggers to get to that place an actor has to go to. My real-life experiences have created a “given” trigger that I can use at will without any real effort.

Tell us about the Actors Loft and how it is setting the stage for a successful acting career.

The Actors Loft is a neutral/safe place that an actor can truly go to experiment with their craft.  When you take a class at the Loft you WILL be working with experienced and working actors.  It’s hard to believe that I actually worked with a Calvin Klein model last year. Because of this connection, I was introduced to the Directors of the projects that I am currently working on. My ultimate goal is to be an instructor at the Loft and make movies at the facility, each and every month.

The short film “Moments” was a student collaboration effort at the Actors Loft. Roughly 8 student writers, myself included, created the scenes of this film. Although my scene wasn’t included in the final script I still had adequate input in its creation. “Moments” was designed to be a socially-conscience film that dealt with current emotional issues in our society. One scene dealt with loss, another dealt with meeting your long-lost daughter. The character I played “Andy” was in a support group because he lost his dog “Bailey”. Bailey wasn’t just a dog to Andy. This little dog was loved as if it were Andy’s child. In the scene, I carried my own deceased dog’s collar. On the back of my script, I had the picture of my “Scruffy”. It is what drove me. This scene was real because I was reliving an actual 2015 event. I walked into the room the same way. I even wore the same jacket. This scene was real in my mind.

How have you evolved your craft?

During the Covid shutdown, my good friend and Instructor Christopher Bondy sent me a list of advanced acting books to buy. After getting my hands on these books, I transformed my home into my acting/training studio. Every day I practice a different technique or exercise. It has become a part of my “normal” life. What I do is get my hands on an academy award-winning script and dissect specific scenes. One scene works to built up my strengths and others to challenge my weaknesses. My goal is to find the defects in my techniques and develop ways to control and use them intentionally.

Tell us about the PaperSeries and your new project, BlackSheet.”

The “PaperSeries” is a Detroit-based collaborative short film. Writer/Director Tony McCants brings a diverse and uniquely talented cast of actors from all over the country to create this series. This is a long-term series that spans more than 5 films. In the PaperSeries current film production “BlackSheet”, I play the character Captain Bridges. This strong character has a presence about him that will be remembered by the audience. 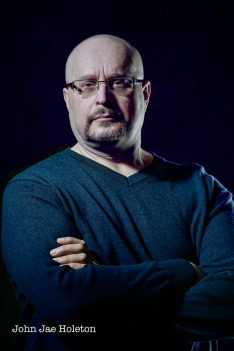 My goals for 2021 are pretty simple. I plan on dedicating each Sunday to actually making a movie. One movie after another. After each credit, I will resubmit my name to the 3 main acting agencies in Michigan. When the time is right, I am going to get (10) high-quality headshots are done which reflect my various characters and emotional states. Right now I’m trying to talk an extremely talented friend of mine into doing a demo-reel with me. And finally, I have 1 play and 2 movies ready to be copyrighted and made. Honestly, I’m just getting started. Eventually, I will make movies full time and create “Michiwood”.