Dominick LaRuffa, Jr.: Still not sure if I have, haha. I can try to narrow it down to some pivotal moments for sure. In chronological order, I would say there were three separate “breaks” that shaped the direction of things for me. The first being a feature film almost ten years ago called “Once Upon a Time in Brooklyn” directed by Paul Borghese that starred academy award nominees Armand Asante, and Cathy Moriarty, whom played my parents. This was going into my senior year of college (as an Acting major), so getting my SAG card at that point in my life/career was a big deal for me. The second being a few years later unexpectedly making my broadway debut, not as an actor, but as a producer, in Robert Schenkan’s “All The Way” starring Bryan Cranston. Getting to watch and learn from him night after night has and will inform my choices for the rest of my career. And lastly, the most significant break of them all, was Martin Scorsese casting me, on a principal contact, in “The Irishman” for Netflix. Minor role, but fundamentally changed the prospects for my career, and maybe more importantly, changed my outlook on myself, personally. My outlook on what I’m capable of achieving. Once “Marty,” says you can act. It’s a lot easier to handle the rejection of whomever else may dismiss your worthiness from the casting chair.

So, I think it’s most important to mention that my first day on set, September 18, 2017, was also the FIRST DAY OF PRODUCTION. If my first studio contract wasn’t nerve-wracking enough. Add Martin Scorsese, most of the main producers, all of the department heads (most of which are Academy Award nominee/winners in their own right), 300 background actors and a crew bigger than the last half-dozen independent films I’ve done combined, and you can maybe get a sense of the scope of it all. All of that contributed to making it such an indelible memory. The nervousness, the excitement, the collective emotional connection of everyone (especially the day in and day our crew) knowing they/we were embarking on a six-month journey of something so self-evidently special. That was clear day one.

You are in “Sarah Q” with Emmy James, Burt Young, Sally Kirkland, Vincent Pastore, and Tony Sirico. Why did you decide to take on this project? 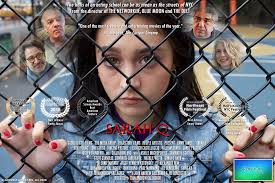 Dominick LaRuffa, Jr.: Any chance I get to play something other than a gangster or a cop, generally anything other than the “type” it’s so easy to only see me as. I will almost always say yes. I played Philip, who was young and funny and kind and HONEST. He was a pleasure to bring to life.

What do you enjoy most about working with iconic Director, John Gallagher?

Dominick LaRuffa, Jr.: Working with JG is always a treat. We’ve done 3 films together now with a 4th on the way. He’s an Actor’s Director for sure, as long as you show up on time, know your stuff and hit your marks. He’ll let you play as long as you need to figure out how best to serve the scene.

Dominick LaRuffa, Jr.: A lot of good came from my days on Sarah Q, great friendships with veteran actors like Garry Pastore, (Vincent I already knew and worth) and burgeoning stars like Emmy James. But the standout for me is my day yelling at Federico Castellucio (my grandparent’s favorite Soprano, haha). Federico is ALL craft. The guy can do anything, and do it will. So sparing with him all day was quite memorable.

Dominick LaRuffa, Jr.: Gratefully there’s a decent amount of film work coming up for me this year. Three feature films. All strong supporting or co-leading roles. I’m very excited. Most of which are rather against “type”. So I’m eager to get going. And all have some bonafide star power attached. Not sure what else I’m allowed to say at this point besides the titles. So please do be on the lookout for an amazing enable comedy called Tale of the Wet Dog directed by Joe Benedetto with Sundance darling, Lee Broda producing. All Mobbed Up directed by our friend John Gallagher And a dark and gorgeous noir-thriller penned by Jack Stallings called Abandoned Heights produced by Fred Roos (The Godfather, The Godfather pt2, Apocalypse Now). All of which shoot here in the city, so that’s always nice. As well just this past week wrapping two short films, The Usual by newcomer Shelby Hiltunen. And The Beginning by burgeoning powerhouse Indie-Filmmaker Aly Mang. 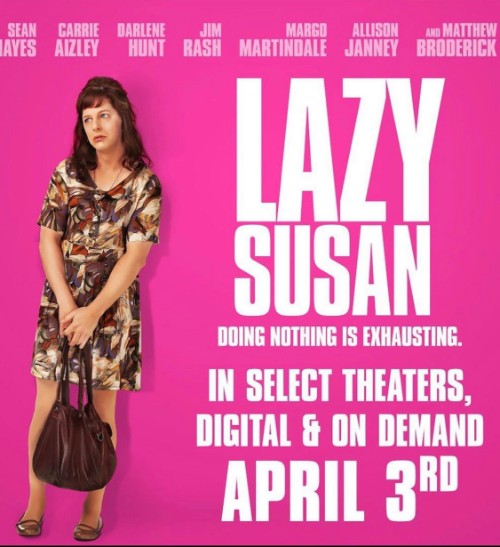 I am represented @ Esquire Entertainment by Rashad V. Chambers