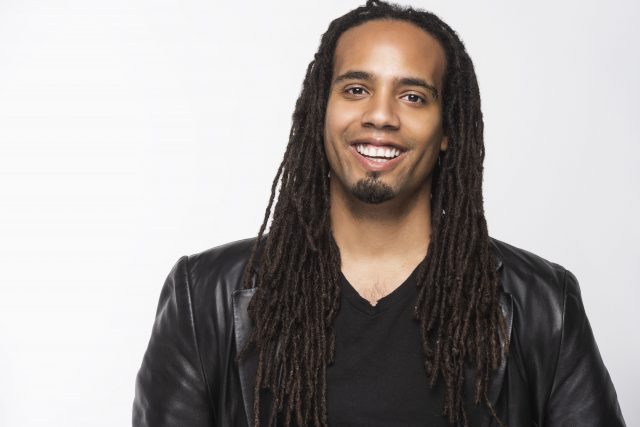 Los Angeles, California (The Hollywood Times) 2/08/2021 –  Cheveyo Madu Abayomi was raised in Brooklyn, he discovered his passion for the arts early. He excelled at music. He began studying ballet at the Dance Theatre of Harlem. Through his teen years, Cheveyo studied acting formally at Talent Unlimited High School as well as ballet, jazz, and hip hop at Henry Street Settlement in the lower east side of Manhattan, studying under New York City legends like Fable. Now, he has his eyes set on the big screen.

You discovered your passion for the Arts at an early age. Tell us about your background.

I created a spec script for my favorite anime, “Ranma ½” when I was around 11. I intended for it to be a stage play with costumes and the whole nine. So, I wrote the script with the classic character formulas embedded into the dialogue like the show would and designed the costumes with pencil sketches colored in with crayons. I even called an impromptu workshop before class with classmates at school one morning after my mom typed out the entire script and made copies. I just followed my gut. Who knew that this was exactly how plays and films are made during pre-production? 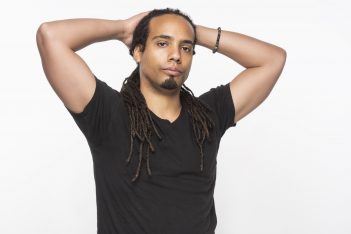 I was admitted into Talented Unlimited High School and NYU as a theater major, then I went on to working with many awesome creatives in prominent roles in theater as well as participating in some awesome mainstream projects such as MTV Tr3s’ “Hips” promo commercial and 2012 Bud Light NFL National Promo Print ad as principal roles. However, I am still seeking to land that gig that will allow me to live my dream as a full-time professional actor. I have a feeling that that is just around the corner, and I’m looking forward to meeting it with open arms.

What are your strengths as an Actor?

I think the word dynamic comes to mind here. I have a background in hip hop dance from college and battling all over NYC during that “You Got Served” fad in the early 2000s, so I have learned how to move my body with a great sense of timing and clarity in any space very well. My voice has a lot of expressive range, but most of all, I have a very expressive face which is great for theater. It is what has helped me get cast in more prominent Shakespeare roles such as “Romeo” in Romeo and Juliet and “Lloyd” in the slapstick comedy Noises Off.

Tell us about the short film Basket Bronx directed by Martin Rosete.

The concept was a mix of karate kid mixed with basketball. This young boy gets bullied by the local neighborhood gang every time he goes on the basketball court to practice. An Asian woman takes him under his wing and through meditation teaches him to conquer his fear and stand up to the bullies. I played one of the bullies who was terrorizing this 12-year-old. The gig came up through the NYU circuit and my name was recommended to participate in the project. The cast and director were awesome. Even though we were all young, Martin Rosete never talked down to us and showed that he trusted us to do our jobs on set. This project went on to do very well in several international film festivals and I am very honored to have been a part of that project.

The Power Rangers. I wanted to be one of the original Power Rangers so bad! So much so I had a dream that I was the Orange Ranger with nunchucks and had a Brontosaurus Zord, and this was before the Green Ranger was a thing, so I think they stole that Brontosaurus Zord concept from my dreams. Lol.

I think the idea of wanting to be a hero always attracted me to become an Actor and through my studies as well as experience. In many productions, you start to understand that there are many different forms of heroes aside from the ones wearing unitards and shooting lasers at intergalactic monsters who want to destroy the earth. Anytime you take on the role of a character you have an opportunity to explore their plight as an individual and I think that is an act of nobility; to portray them as genuinely as you would address any circumstance you may face in your daily life. I think that’s why I have continued to pursue the medium for as long as I have.

How has the NYU dance group Hipnotic strengthened you as an Actor?

I think it made me more confident as a performer. I was going through a fad of dance battling people at house parties all over NYC. In my freshman year of college, a colleague and great friend of mine Devere Rogers created “Hipnotic” and was holding auditions. I got in and shortly after became Vice-Captain of the squad. I created choreography and taught the crew the fundamentals of sliding, popping, and waving. And if anyone had a problem with anything, my famous line was “battle me!”; which most seldom did because of my ability.

Much like acting, you got to live in the moment and have something to say, but it’s not auditory. It is visual. This made me aware of how to utilize the space to tell a story.

I’ve done theater and I’ve done independent projects. Now I want to try something with a bigger scope. I would love to play something like Tybalt in the Baz Luhrmann version of Romeo and Juliet. Anything that’s highly stylized I’d love to sink my teeth into. Especially when it comes to drama and it’s paired with deep emotion. Tarantino films seem like they would be a great time to shoot. Or even a procedural that is a bit more on the screwball end such as Psych or even Brooklyn Nine Nine. I love that show. I’m happy to take on any role that will stretch me as a performer but something for a broader audience would be my preference.

You can connect with me on IG using madmonmadu as well as check out my website www.madmonmadu.com. For producers, casting directors, and anyone else looking to collaborate with me please email chidubeminc@gmail.com.