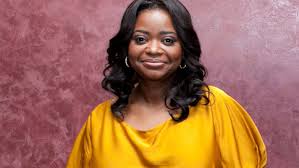 Annual Gala Will Take Place on Friday, October 25 at the Beverly Wilshire

Los Angeles, California (August 13, 2019) – GLSEN, the leading education organization working to create safe and inclusive K-12 schools for LGBTQ youth, is pleased to announce that it will honor award-winning actress and activist Octavia Spencer with the Inspiration Award at the 2019 GLSEN Respect Awards – Los Angeles.

“GLSEN is deeply honored to present the Inspiration Award to Octavia Spencer, an actor who has devoted her career to diverse storytelling, promoting social good, and is a steadfast ally for the LGBTQ community,” said Eliza Byard, Executive Director of GLSEN. “Octavia is a role model for combining art with activism and a true embodiment of the Inspiration Award.”

Spencer, a multi-award-winning actor for her standout roles in films like “The Help” and “Hidden Figures,” has been an outspoken ally for LGBTQ rights, including marriage equality and issues surrounding equality and homophobia – using her voice on behalf of the LGBTQ community on countless occasions. In choosing projects like “A Kid Like Jake” and “The Shape of Water,” Spencer has utilized her platform to move the conversation forward, making her a formidable advocate and partner to the community.

The GLSEN Respect Awards, introduced in 2004 and held annually in Los Angeles and New York, showcase the work of students, educators, community leaders, and corporations who serve as exemplary role models and have made a significant impact on the lives of LGBTQ youth. Past honorees include Kerry Washington, Jessica Biel and Justin Timberlake, Marilyn & Jeffrey Katzenberg, Julia Roberts and Danny Moder, Zendaya, Brendon Urie, Shonda Rhimes, and Carla Gugino.

For nearly three decades, GLSEN has led the way on LGBTQ issues in K-12 education through ground-breaking original research, innovative program development, educator training, student organizing, and targeted state and federal advocacy. With the development of educational resources, direct engagement of youth and educators, and GLSEN national programs like Day of Silence, No Name-Calling Week, and Ally Week, GLSEN has seen the impact of its work in measurable improvements in the lives of LGBTQ students in the United States.

Tables and sponsorships for the Respect Awards are available now. For additional information, please visit https://www.glsen.org/respectawards.

GLSEN works to create safe and inclusive schools for all. We envision a world in which every child learns to respect and accept all people, regardless of sexual orientation, gender identity, and/or gender expression. Each year, GLSEN programs and resources reach millions of students and educators in K-12 schools across the United States, and our network of 39 community-led chapters in 26 states brings GLSEN’s expertise to local communities. GLSEN’s progress and impact have won support for inclusive schools at all levels of education in the United States and sparked an international movement to ensure equality for LGBTQ students and respect for all in schools. For more information on GLSEN’s policy advocacy, student leadership initiatives, public education, research, and educator training programs, please visit www.glsen.org.