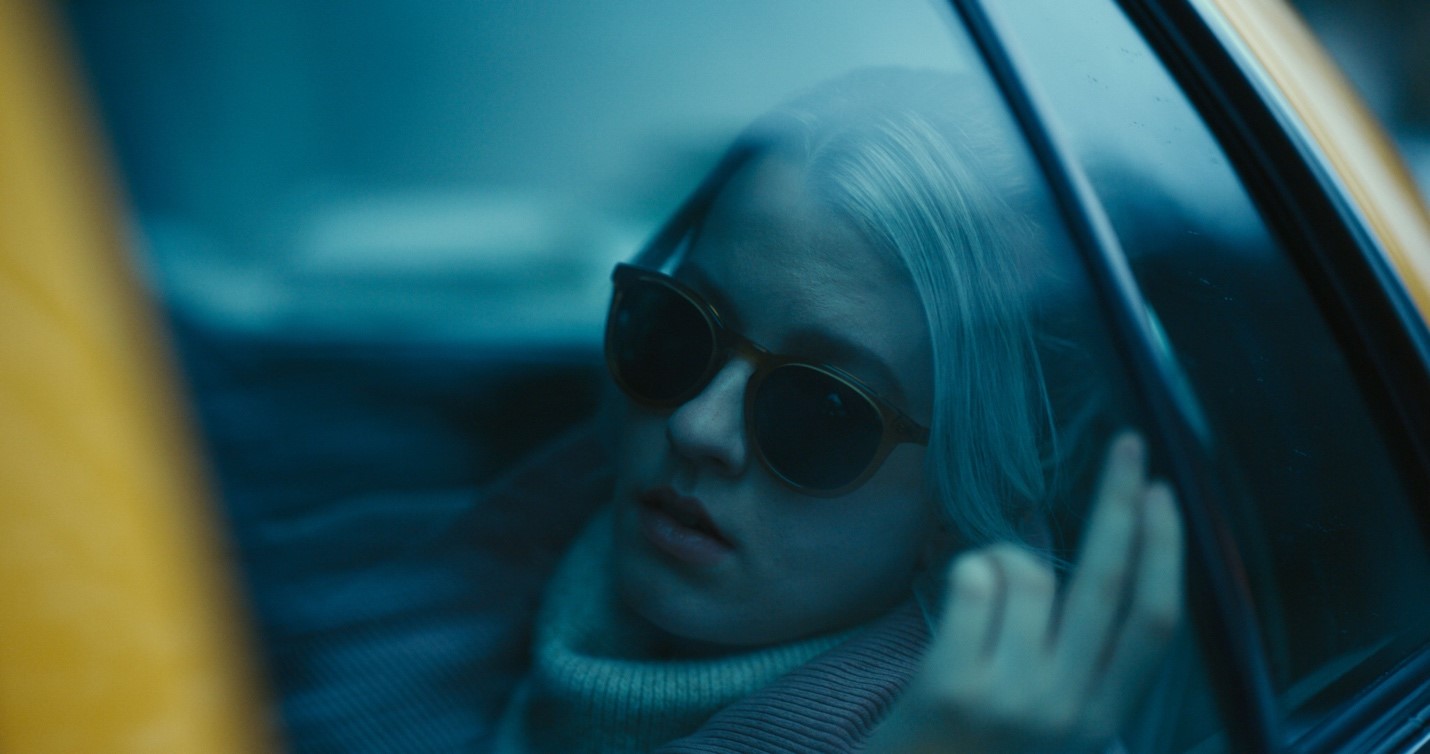 San Francisco, CA (The Hollywood Times) 1/5/2022 – What’s your biggest fear? Mine, hands down, is having my house broken into while I’m there, alone. Safe to say, watching See for Me imposed a tremendous risk, but it was a worthy risk. See for Me was directed by Randall Okita and written by Adam Yorke and Tommy Gushue. The film stars Skyler Davenport, Jessica Parker Kennedy, and Kim Coates.  Earning itself a place on the haunting list of Home-Invasion-themed films, See for Me  presents new twists on an already terrifying experience. See for Me premiered at the 2021 Tribeca Festival and was acquired by IFC Midnight shortly after. See for Me will play in theatres, digital platforms, and VOD on January 7th, 2022.

See for Me shadows Sophie (Skyler Davenport), a former skier who is blind, on a recently accepted cat-sitting job. But, in typical horror-film fashion, the desolate mansion soon permeates with three burglars who make their attempt at a hidden safe. Sophie’s sole means of defense is through an app, which provides a visual aid for people who are blind, and is promptly speaking with Kelly (Jessica Parker Kennedy), a volunteer whose own field of vision is limited to the camera on Sophie’s cellphone.

One of the film’s greatest strengths is its conception—the writing. See for Me steers far away from the classic “damsel in distress,” narrative and in its place is Sophie, a refreshingly nuanced and flawed character. Sophie’s paced introduction acquaints the audience enough to understand the extent of her bitterness toward the world around her, but not to the point of inexcusably forgiving her actions. Instead, Sophie is fiercely independent and pushes every help attempt by the wayside. Crafting Sophie in this way derails yet another clichéd narrative: infantilizing people with disabilities, in perpetual need of being rescued, or having their entire personality revolve around their disability.

Davenport glows in their portrayal of Sophie and her dimensional complexity. Familiar with voice acting, Davenport’s career is now flowering to include on-screen appearances as well. Davenport, who is blind and identifies as non-binary, provides vital representation and visibility for both the blind and LGBTQ+ communities. Actors with disabilities have a long history of being excluded from opportunities in the entertainment industry, leaving non-disabled actors to impersonate what they believe disability looks and feels like, resulting in an inaccurate portrayal. Even rarer, a horror film that focuses on a character and puts them in a position to save themselves. In the same vein, straight and cisgender actors often receive roles over LGBTQ+ actors.

Ready for your heart to do some cartwheels? See for Me is a trip that horror film enthusiasts and those uncertain about how they feel about horror films should not miss.