Los Angeles, CA (The Hollywood Times) 2/9/22 – Currently playing at the Laemmle No-Ho is Plaza Catedral (Panama, 2021), a feature film by veteran Panamanian documentarian Abner Benaim. The film was short-listed for the Oscars in the category of Best International Feature Film. Plaza Catedral is a powerful but strangely detached urban drama about the relationship between a bereaved middle-class mother and a Panamanian street child that is, ultimately, a critique of the sad impossibility of that relationship. One of the film’s themes, the violence in the lives of these children, tragically played out in the real-life street killing of its teenage co-protagonist Fernando Xavier de Casta shortly after filming was completed  – an event that inevitably complicates any viewing of it.

Benaim’s documentary work has focused on issues specific to Panama – the 1989 US invasion of Panama in 2014’s Invasion, which was the first ever Panamanian Oscar submission, and the career of a superstar musician in 2018’s Ruben Blades Is Not My Name. Plaza Catedral ambitiously filters a local story about street violence through a universal tale of maternal bereavement, but ultimately its plot is fairly conventional, despite the clear urgency and importance of its message, to really bring that message home.

The life of Alicia (Mexican actor Ilse Salas) is bitter-tasting: she has lost her young son in a playground accident, is divorced from Diego (Manolo Cardona) and is pandering to Panama’s wealthy by working as a real estate agent for the brutally cynical Jack (Benaim), whom by the end of the film she has learned to despise.

In the wake of losing her 6-year-old son in a freak accident, Alicia and her husband Diego (Manolo Cardona) divorced. She now lives in a smart, well-appointed apartment on the Plaza of the title, where one day she is waved into a parking space by a rangy 13-year-old who calls her “Boss” and goes by the nickname “Chief.” He is played by a terrifically surly, understated Fernando Xavier De Casta, whose murder mere months before the film’s release is a shattering blow revealed to us in a terse title at the end, and cannot but cast a retroactive pall over the project, even while it stands as a fine testament to his nascent talent.

Alicia exchanges chitchat with fast-talking street child Alexis, aka Chief (Xavier de Casta), who ekes out a living attending to (i.e. agreeing not to damage) the parked cars of the well-to-do inhabitants of the titular plaza. But the uneasy separation between Panama’s rich and poor becomes impossible to maintain once Alisha finds Chief lying with a gunshot wound on the stairs of her apartment.

“Get the kid out of your house,” a friend warns Alicia in one of the film’s more remarkable lines to non-Latin American ears. “The smaller they are, the more dangerous they are.” But despite this sage advice, Chief moves in; it is suggested that Alicia being Mexican, and thus an outsider, is what allows that to happen. After the move, the film takes off emotionally: they work together on building Alicia’s model wooden bridge, a nice symbol, while Chief teaches her street language and raises her only smile of the film.

The scene through which they share their pasts, tragic in different ways, is the film’s strongest, and a shot of Xavier de Casta’s face as he listens to Alicia talking about her loss is its most human moment. Indeed, this could be the scene that won them each an acting award at October’s Guadalajara Festival. But the denouement, involving Chief’s short, brutal past catching up with him, feels rushed and dramatically unearned. 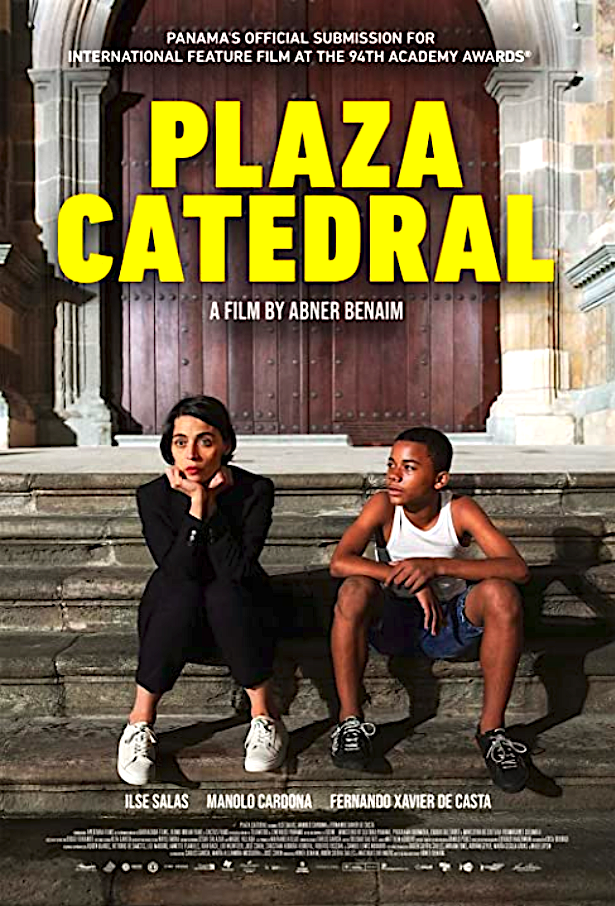 The actors’ subdued, elegant downplaying is complemented by the cool restraint of Lorenzo Hagerman photography, which is especially attuned to the impersonal, somehow oblivious, coldness of more moneyed surroundings: the expensively neutral upholstery of Alicia’s spacious apartment; the angles and floor-to-ceiling windows of the office where her complacent boss Jack (played by Benaim himself) insists on sharing a celebratory drink with her at 10 in the morning. One shot, of a painstaking scale model of the Panama City skyline which is placed by a window that looks out onto the very same real-life view, is eloquent in its summation of an entire professional elite who literally get to build the world according to their own design — or, conversely, get to look on the real world from a lordly perspective, as though it were their plaything.

It contrasts most markedly with a section toward the end when Alicia finally visits the grubby, ramshackle neighborhood where Chief lives, and of which it’s likely no architect ever troubled to build a model. That Benaim, who also wrote the screenplay, chooses to end his film here, in a moment of sudden violence that is a darkly cathartic culmination for both characters, is poignant in offering the slenderest, faintest tendril of optimism. Which somehow makes that final title, with the news of this promising, charismatic young actor’s horribly premature death, all the more poignant.