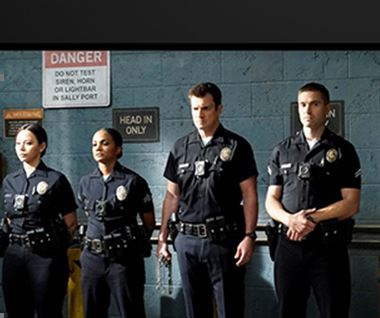 EVERYONE NEEDS TO BUCKLE UP ON ABC’S ‘THE ROOKIE’

“Safety” – John and Jessica’s (Sarah Shahi) relationship gets a lot more complicated after she delivers some surprising news. Meanwhile, Officer Bradford and Officer West are assigned a community policing project helping out the Watts Rams as volunteer coaches at their fall clinic, along with Rams players Eric Weddle and Robert Woods, on ABC’s “The Rookie,” airing SATURDAY, DEC. 28 (9:00-10:00 p.m. EST), on ABC. (TV-14, V) Episodes can also be viewed on ABC.com, the ABC app and Hulu. (Rebroadcast. OAD: 11/10/19

“Safety” was written by Terence Paul Winter and directed by Sylvain White.

For more information on “The Rookie,” visit abc.com.