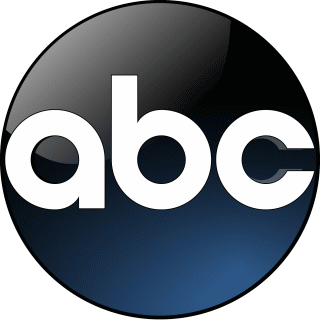 As Chief of Surgery Dr. Audrey Lim (Christina Chang) struggles to cope with the residual emotional trauma of COVID-19, she encounters a young war veteran fighting debilitating PTSD. After discussing his case with the team, Dr. Claire Browne (Antonia Thomas) suggests a radical treatment to help him. Meanwhile, still reeling from the recent loss of his mentee’s patient, Dr. Shaun Murphy (Freddie Highmore) declares he doesn’t want to teach the new residents anymore. And elsewhere, an eccentric patient keeps the team entertained on the winter premiere of “The Good Doctor.” (TV-14, DS)

After the cataclysmic events in New York with The Avengers, Marvel Studios’ “Captain America: The Winter Soldier” finds Steve Rogers, aka Captain America (Chris Evans), living quietly in Washington, D.C., and trying to adjust to the modern world. But when a S.H.I.E.L.D. colleague comes under attack, Steve becomes embroiled in a web of intrigue that threatens to put the world at risk. Joining forces with the Black Widow (Scarlett Johansson), Captain America struggles to expose the ever-widening conspiracy while fighting off professional assassins sent to silence him at every turn. When the full scope of the villainous plot is revealed, Captain America and the Black Widow enlist the help of a new ally, the Falcon (Anthony Mackie). However, they soon find themselves up against an unexpected and formidable enemy—the Winter Soldier (Sebastian Stan). (TV-PG, LV)

Inspired by his obsession, Adam helps Beverly plan a murder mystery party for the family. Meanwhile, Erica, tasked with declaring her major, bumps up against Barry’s cockiness as she considers going the pre-med route. (TV-PG, L)

Ben’s mom, Barb, arrives in town after an unexpected death and unveils shocking information from the past. Meanwhile, Becky and Emilio spend more time together. (TV-PG, DL)

Guest starring is Rene Rosado as Emilio and Kat Purgal as Ms. Ruby.

“A Cold Mom, A Brother Daddy and A Prison Baby” was written by Jana Hunter and Mitch Hunter, and directed by Michael Arden.

Jean, an empty-nester mom, wonders how she ended up alone while her children live their best lives thousands of miles away. She decides her place is with her family, and as she reinserts herself into their lives, her kids realize they might actually need her more than they thought. (TV-PG, L)

“Pilot” was written by Kari Lizer and directed by Pam Fryman.

The race to “The Chase” is on in the new heart-racing quiz show where three competitors must pit their wits and face off against the Chaser, a ruthless quiz genius determined to stop them from winning cash prizes. Hosted by “The View”’s Sara Haines and starring “JEOPARDY! The Greatest of All Time’’s James Holzhauer, Ken Jennings and Brad Rutter as the Chasers. (TV-PG) (Rebroadcast. OAD: 1/07/21)

The race to “The Chase” continues with three new contestants competing to beat one of “JEOPARDY!”’s greatest players of all time as they pit their wits against a ruthless quiz genius determined to stop them from winning cash prizes. “The Chase” is hosted by “The View”’s Sara Haines and starring “JEOPARDY! The Greatest of All Time”’s James Holzhauer, Ken Jennings and Brad Rutter as the Chasers.

Catch a mom getting help from the fire station when her son gets his arm stuck in a vase, kids’ hilarious reactions to the Toddler Temptation Challenge when candy is left in front of them, and the hazards of mud, on a new episode of “America’s Funniest Home Videos.” (TV-PG)

“La Fiera” was written by Terence Paul Winter and Natalie Callaghan, and directed by Sylvain White.