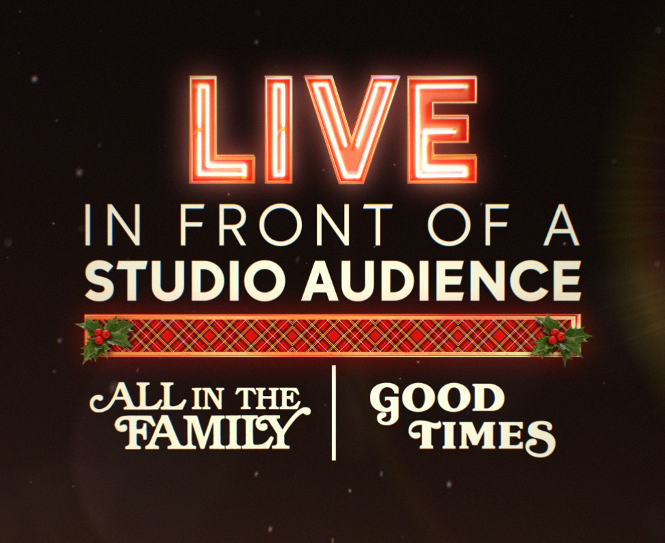 All-star cast members taking on the famed “All in the Family” roles include Woody Harrelson, Marisa Tomei, Ellie Kemper and Ike Barinholtz reprising their iconic roles as Archie and Edith Bunker, Gloria Stivic and Meathead.

Along with Kevin Bacon as Pinkie Peterson, Jesse Eisenberg as David Brewster and Justina Machado as Teresa Bettencourt.

On its original Wednesday, Dec. 18, broadcast, ABC’s “Live in Front of a Studio Audience: ‘All in the Family’ and ‘Good Times’” tied the season finale of CBS’ “Survivor” as the night’s No. 2 show in Adults 18-49.

In addition, the Sony-produced, star-studded restaging by Jimmy Kimmel of the two Norman Lear comedies scored ABC’s biggest audience in the time period the Wednesday before Christmas in 10 years – since 12/23/09.

Sony Pictures Television (SPT) is one of the television industry’s leading content providers, producing, distributing and carrying programming worldwide in every genre and for every platform. In addition to managing one of the industry’s largest libraries of award-winning feature films, television shows and formats, SPT is home to a thriving global content business, operating 24 wholly-owned or joint-venture production companies in 12 countries, as well as linear and digital channels around the world. Sony Pictures Television is a Sony Pictures Entertainment Company.