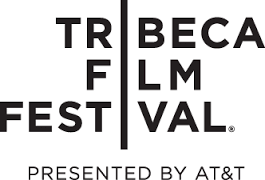 At The 2018 Tribeca Film Festival, April 27
ABC will screen the first episode of documentary series “The Last Defense,” from executive producers Viola Davis and Julius Tennon, XCON Productions and Lincoln Square Productions, at the 2018 Tribeca Film Festival on FRIDAY, APRIL 27. The seven-episode docu-series explores and exposes flaws in the American justice system through emotional, in-depth examinations of multiple death row cases.
This first hour of a three-hour-arc takes a look at the case of Julius Jones, a star college athlete convicted of shooting a father of two at point-blank range as his attorneys race against the clock to get him a new trial before his execution date is set.


Previously announced in June 2017, “The Last Defense” will look at cases from all angles returning to the scene of the crime, re-interview witnesses and delve beyond the details of the crime and court proceedings to take a deep look into the personal stories of the subjects, seeking to trace the path that led them to their place on Death Row.
With incisive, compelling storytelling, “The Last Defense” gives voice to those who can no longer be heard.

“The Last Defense” executive produced by Viola Davis and Julius Tennon for JuVee Productions, Christine Connor and Lee Beckett for XCON Productions, Vanessa Potkin and Aida Leisenring for Lincoln Square Productions to air on the ABC Television Network.
About JuVee Productions
JuVee Productions is an artist driven, Los Angeles-based production company that develops and produces independent film, television, theater, and digital content across all spaces of narrative entertainment. JuVee Productions seeks to produce economical yet premium, sophisticated, and character-driven stories. With an emphasis on producing narratives from a diverse range of emerging and established voices alike, JuVee Productions aims to become the go-to creative hub where the next generation of filmmakers and artists have the space to craft dynamic stories spanning the broad spectrum of humanity.
About XCON Productions
XCON Productions is an idea-driven television production company dedicated to bringing big ideas to the small screen with the goal of understanding the past, questioning the present and impacting the future. Established by veteran television producer Christine Connor in 2010, XCON Productions creates premium non-fiction narrative and documentary television for network, cable and streaming platforms from the genre-busting true-crime anthology series “Final Witness” for ABC to the critically acclaimed “Going Deep with David Rees” on NatGeo, and the Emmy Award-winning “A Crime to Remember.”
About Lincoln Square Productions
ABC News’ Lincoln Square Productions produces original content for broadcast, cable and digital distribution specializing in compelling ways to tell fact-based stories, including ABC’s “What Would You Do?, “In An Instant,” John Ridley’s critically-acclaimed documentary on the LA Riots “Let It Fall,” the “Madoff” miniseries starring Richard Dreyfuss and the “Oscars® Opening Ceremony: Live From the Red Carpet,” Investigation Discovery’s “Barbara Walters Presents,” as well as documentary programming for a wide array of partners, including PBS, Discovery Communications and A & E Networks. Lincoln Square Productions is wholly-owned by the American Broadcasting Companies, Inc. The headquarters are located in New York City’s Lincoln Square neighborhood.