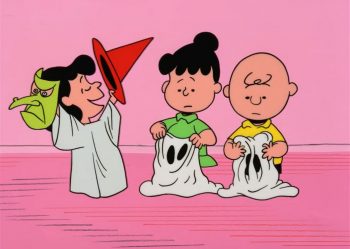 In the 1966 animated special “It’s The Great Pumpkin, Charlie Brown,” The PEANUTS gang celebrates Halloween, with Linus hoping that, finally, he will be visited by The Great Pumpkin, while Charlie Brown is invited to a Halloween party. Cast members include Peter Robbins (Charlie Brown) and Christopher Shea (Linus). The cast also includes Sally Dryer as Lucy, Chris Doran as Schroeder, Bill Melendez as Snoopy, Kathy Steinberg as Sally, Tracy Stratford as Violet and Ann Altieri as Frieda.

“It’s the Great Pumpkin, Charlie Brown” was executive produced by Lee Mendelson and created and written by Charles M. Schulz. Bill Melendez is the producer and director and Vince Guaraldi is the music composer. 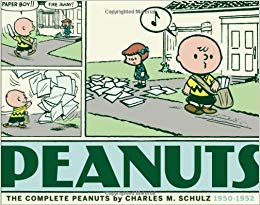 On Oct. 2, 1950, the PEANUTS comic strip launched in seven American newspapers. PEANUTS animated specials have become a seasonal tradition. Charlie Brown kicking the football, Linus and his blanket and Lucy leaning over Schroeder’s piano are images to which everyone can relate. Such phrases as “Security Blanket” and “Good Grief” have become a part of the global vernacular. Lee Mendelson and Bill Melendez’s association with Charles Schulz stretches back to 1965 with “A Charlie Brown Christmas,” which debuted on CBS in 1965 with Mendelson as executive producer and Bill Melendez as animator and director. The three men continued their long-term association until Schulz’s death, working together on 50 PEANUTS network specials and four feature films. The network specials won five Emmys®, two Peabodys and 18 other Emmy nominations.

‘TOY STORY OF TERROR!,’ DISNEY•PIXAR’S SPECIAL FEATURING A SPOOKY TALE WITH ALL OF YOUR FAVORITE CHARACTERS FROM THE ‘TOY STORY’ FILMS, AIRS TUESDAY, OCT. 22, ON ABC

What starts out as a fun road trip for the “Toy Story” gang takes an unexpected turn for the worse when the trip detours to a roadside motel. After one of the toys goes missing, the others find themselves caught up in a mysterious sequence of events that must be solved before they all suffer the same fate in this “Toy Story OF TERROR!” 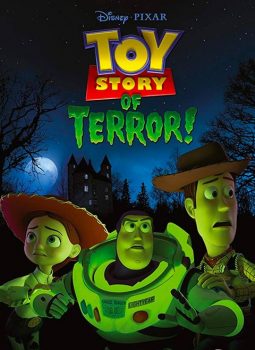 “Toy Story OF TERROR!” is produced by Galyn Susman and directed by Angus MacLane. The special is from Disney•Pixar.