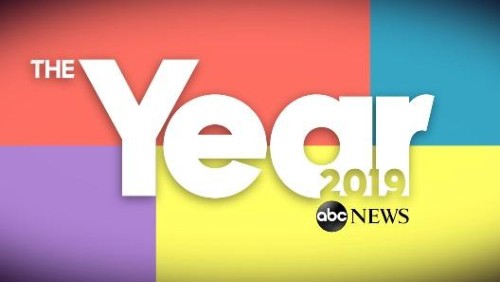 The ninth annual year-end special celebrates historic moments such as Greta Thunberg’s fight against climate change, the U.S. Women’s soccer team’s call for equal pay, and revisits headlines that had everyone talking including the “Varsity Blues” college admissions scandal and the blowback from Jussie Smollet’s claims that he’d been the victim of a hate crime. From celebrity romance and breakout stars to politics and breaking news, this special encompasses all the unforgettable moments and people who made 2019 one for the books.