NASCAR fans will see Michael Fishman, who plays D.J. in the series, serve as Honorary Grand Marshal and give the command “Drivers, start your engines.” He will also participate in the post-race Gatorade Victory Lane Celebration following the race.
The official race hashtag will be #Roseanne300.
Special “Roseanne 300” branding will be prominently featured on the official pace car and throughout the track including the pre-race stage, turf logo, trackside billboard and Gatorade Victory Lane. 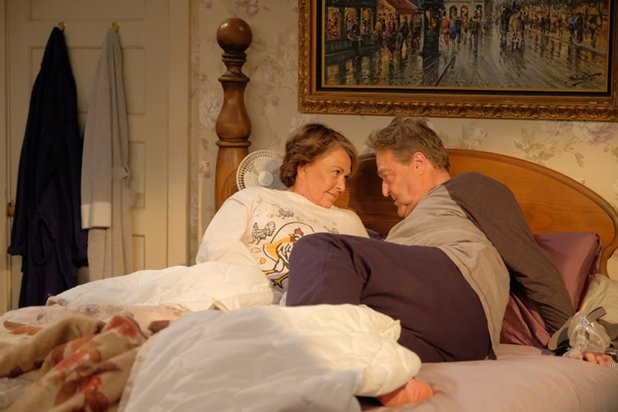 With fresh stories that tackle today’s issues and even more laughs from a brilliant cast and crew that haven’t missed a beat, audiences old and new will celebrate the homecoming of America’s favorite working-class family.
Roseanne Barr executive produces, along with Sara Gilbert, Tom Werner, Bruce Helford, Whitney Cummings and Tony Hernandez. The series is from Carsey-Werner Television.