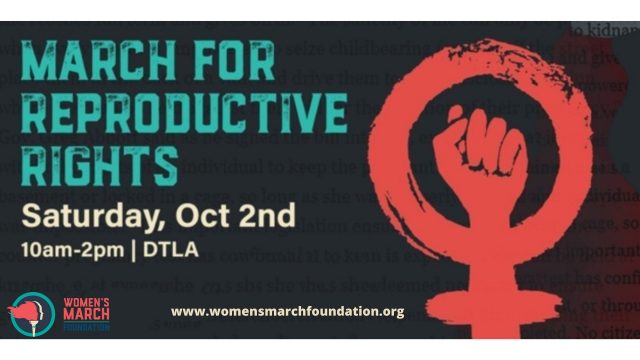 Los Angeles, CA (The Hollywood Times) 9/29/21 – On October 2nd the Women’s March Los Angeles will be hitting the streets, joining in with groups across the nation to spread their “right to choose” message in response to Texas’ draconian six-week abortion ban, which limits women the access to abortions. With the Supreme Court reconvening on October 4th this is great timing for the movement to get ahead of the curve. Gloria Allred along with other advocates such as Ken Lambrecht (President of Planned Parenthood Texas) Sue Dunlap (Planned Parenthood Los Angeles) Valedictorian Paxton Smith from Lake Highlands High School in Dallas will all be in attendance. Some of the confirmed celebrity guests include; Alyssa Milano, Debbie Allen Patricia Arquette, Rosanna Arquette, Christine Lahti, Raven-Symoné. The march will begin at 9 am at Pershing Square in Downtown Los Angeles and end at 2 pm at the Los Angeles City Hall. 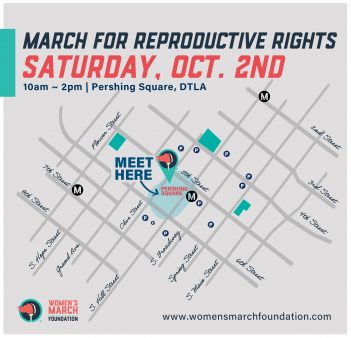 About The Women’s March Foundation:

Women’s March Foundation (WMF) is a women-led, non-profit 501c3 organization with no affiliation with the Women’s March Inc. As an independent organization, WMF continues to work towards the vision of shared humanity and equality for all, regardless of race, religion, gender identity, or sexuality.

Women’s March Foundation has developed a Women’s March Platform highlighting our bedrock beliefs regarding the issues of importance to our nation and communities. From this day forward, we are committed to shining a light on these issues. We are drawing a line in the sand and declaring that our nation will only move in one direction.