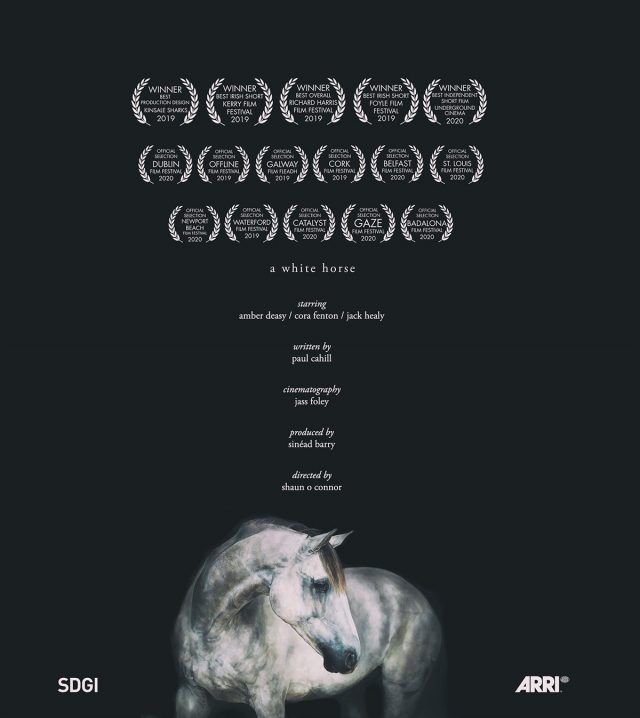 A film By Shaun O’Connor

What we have is a continuation of abuse of humans using barbaric means as an excuse to try and “change” the identity of a person using mental institutions to “fix” a gay person.  This short film describes and shows us what used to be done and still is done throughout the world even today!  Why?

“Throughout the 20th Century in Ireland and the U.K., psychiatric hospitals were used as catch-alls for people deemed ‘troublesome’ or ‘abnormal.'”

“Psychiatric methods were used to treat those ‘abnormalities.’ These precursors to conversion therapy were phased out in the 1980s but continue in other forms throughout the world today.”

Shaun O Connor’s award-winning short film tells the story of Bridget, a scared young girl who has escaped a mental institution. The reason for her incarceration: a romantic relationship with a fellow schoolgirl. Filmed in Cork city and county, the story explores how mental hospitals were once used as catch-alls for people considered ‘troublesome’ or ‘abnormal’ and touches on themes of mental health and homosexuality in the 1970s.

1970s Ireland: A scared and confused young girl enters a phone booth and rings home. Her parents are waiting for the call, and we soon discover a hidden truth.

A White Horse stars Cora Fenton (The Young Offenders) and newcomer Amber Deasy and was made with the Screen Directors Guild of Ireland ARRI Take Award. Shaun was inspired to tell the film’s story after discovering that gay conversion therapy was widespread in the British Isles in the 60’s and 70’s, and incredibly, is still legal in the UK and Ireland.

Director Shaun O Connor is an Irish filmmaker whose work has screened and won awards at festivals around the world. In 2020 Shaun was nominated for the Virgin Dublin Film Festival Discovery Award. He is currently writing his debut feature film and developing A White Horse into a TV series with writer Paul Cahill. Shaun also has a personal interest in mental health issues, having suffered with chronic anxiety in his mid-20s and later writing a book about his experiences in order to help others recover.

Producer Sinéad Barry has worked for over 10 years in film and TV production. Her extensive experience spans both Irish and International Film and TV drama for channels such as RTE, TG4, Virgin Media, BBC, ITV, Channel 5 and Netflix.  Her credits include Float like a Butterfly, Blood, Penance, Vivarium and Horizon Line, amongst a host of others.

Writer Paul Cahill is an Irish screenwriter. Before A White Horse, his short animated film The Wiremen, funded by Screen Ireland, won Best Irish Short at the Irish Animation Awards 2019 and Best Irish Animation at the Galway Film Fleadh 2018.

A woman in hospital attire goes to a phone booth.  She’s obviously in need of help. She makes a phone call.  Her parents beg her to tell them where she is.  She’s scared.  She’s having delusions of a White Horse following her and wanting to take her away.

Her mother’s pleading with Bridgette to tell her mother where she is.  She reminisces about her past in Balibonion, near the water. Don’t go near the water Bridgette!  Her mother asks if there’s someone there. “I want to speak to them…” “I’m afraid, mum…” “Can I bring Naimb?” “Yes!”

Then there’s “her” who Bridgette wants to bring with her back to her parents. Everything will be like how it was, right, mum? “I Promise!”

The woman is truly in pain. Truly seeking help and reaching out. If she wasn’t, she never would’ve called, right?

Bridgette walks out of the phone booth. A man with a dog stops walking.

It’s dinner and places for four are set. A young boy, Danny, asks if Bridgette’s coming home. The immediate removal of the place setting done.

Bridgette is in a hospital bed.  She’s asked to bite down on a mouthpiece. Three…two…ready! NO! Please NO!