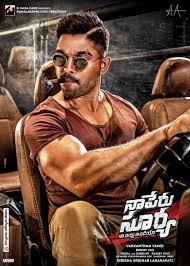 By U.A.
Hyderabad, India (The Hollywood Times) 5/3/18 – ‘Na peru surya na illu India’ is a South Indian film that will be released into theaters worldwide on May 4th 2018.  It tells the world the difference between killing a terrorist and killing the thought of terrorism.
The film’s lead character, Surya (played by Allu Arjun) is soldier who dreams of holding an Indian flag at the border. He is suspended from the Army because of his potent anger management issues. The story takes many twists and turns. When Surya witnesses a Muslim boy leaving his home with hatred for India and Indians, Surya takes serious steps. He aims to make the boy return to his home. He encourages the Indians, who have hurt him, apologize to him. He then takes a stand with the boy, doing justice for him. Finally, he pleads the world to kill the thought of terrorism.
Break-out director, Vakkantham Vamsi, has done an outstanding job––especially in shaping a most entertaining film.
South Indian film superstar, Allu Arjun, is a hit box-office draw in the Telugu, Tamil and Malayalam languages. His films language business starts from 100 crore minimum.

In the lead role, Arjun, plays an aggressive military officer who steals the hearts of the audience with his performance. His acting skills are well-honed in this “Naa Peru Surya, Naa Illu India.” 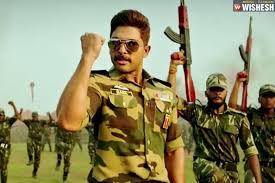 Prominent Bollywood duo Vishal-Sekhar composed the music which has already topped the charts. In addition,  Bunny Vasu’s top-class dance for these songs are sure to draw huge applause in theaters. Renowned Hollywood cinematographer, Rajeev Ravi, helmed the camera work for one particular song.