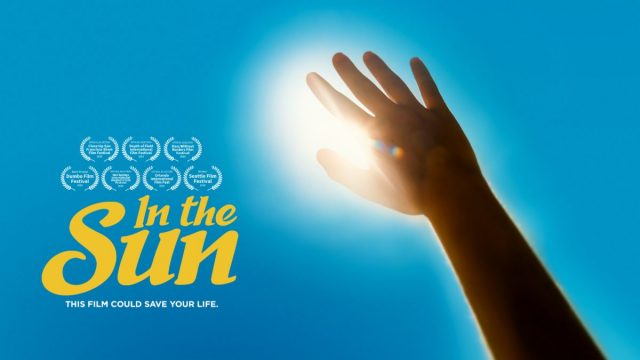 (April 27, 2021) – IN THE SUN is a poignant and inspiring documentary short that lets viewers follow the skin health journeys of seven families facing extraordinary circumstances as they navigate the long-term effects of living life in the sun, while still living vibrant lives.

IN THE SUN spotlights an array of characters from all walks of life bound by a common experience, including Courtney, a 27-year-old battling skin health challenges while her husband serves overseas and Stu, a sprightly senior who uses storytelling to enlighten others on the evolution of sun-exposure education that led him to a healthier life. Throughout the film, Los Angeles-based dermatologist Dr. Chi shares her mission to educate and treat patients while balancing how to protect her own children from the sun.

According to the World Health Organization, one in every three cancers diagnosed across the globe is a skin cancer. Moreover, skin cancer affects all races, ages and ethnicities with diagnoses increasing each year. The first film coming out of Neutrogena Studios debuts at a critical moment, delivering key information and dispelling common misconceptions around skin health and sun safety through real stories that span across generation, race and gender, led by the expertise of Dr. Shirley Chi.

Executive produced by Emmy Award Winning Actress Kerry Washington (“Little Fires Everywhere,” “Scandal,” Django Unchained), IN THE SUN is the first documentary short from Neutrogena Studios, a new content initiative from the popular skin care brand that is known for its deep roots in skin health. The film is already an official selection at multiple film festivals and won the award for Best Environmental Short Documentary at the Seattle Film Festival.

IN THE SUN is directed by Kristelle Laroche (Gnarly in Pink, Growth) and Bobby Moser (Don’t Be A Dick About It, What I Hate About Myself).

IN THE SUN premieres today, April 27, and will be available for streaming and on demand on YouTube, Google Play, Apple TV and Vimeo. It is also available on www.inthesunfilm.com.

Advertisement
About Neutrogena Studios
Neutrogena Studios, a division of Johnson & Johnson Consumer, Inc., is a collaborative and creative content studio that brings inspiring skin health and human stories to life through long- and short-form content. As an extension of the Neutrogena® brand family, Neutrogena Studios goes beyond product stories and sits at the intersection of passion points for people, content and purpose. Its projects aim to educate, entertain and affect positive change. For more information, visit neutrogena.com/studios.

Advertisement
Kerry Washington is an acclaimed Emmy-winning, SAG, and Golden Globe nominated actor, director, producer, and activist. In 2016, she launched her production company, Simpson Street, which recently produced Hulu’s “Little Fires Everywhere” and Netflix’s AMERICAN SON. She is a founding member of Time’s Up, a co-chair of Mrs. Obama’s When We All Vote and the founder of Influence Change 2020. Washington serves as Brand Ambassador and creative consultant for Neutrogena.
About NEUTROGENA®
NEUTROGENA®, #1 dermatologist recommended skincare brand, has brought groundbreaking skincare solutions to consumers for more than 60 years. Today the brand offers more than 650 products worldwide in the face, body, acne, sun protection, makeup, men’s care, and anti-wrinkle categories. By creating, innovating and rethinking what is possible, NEUTROGENA® products consistently deliver real results without compromises.
Advertisement