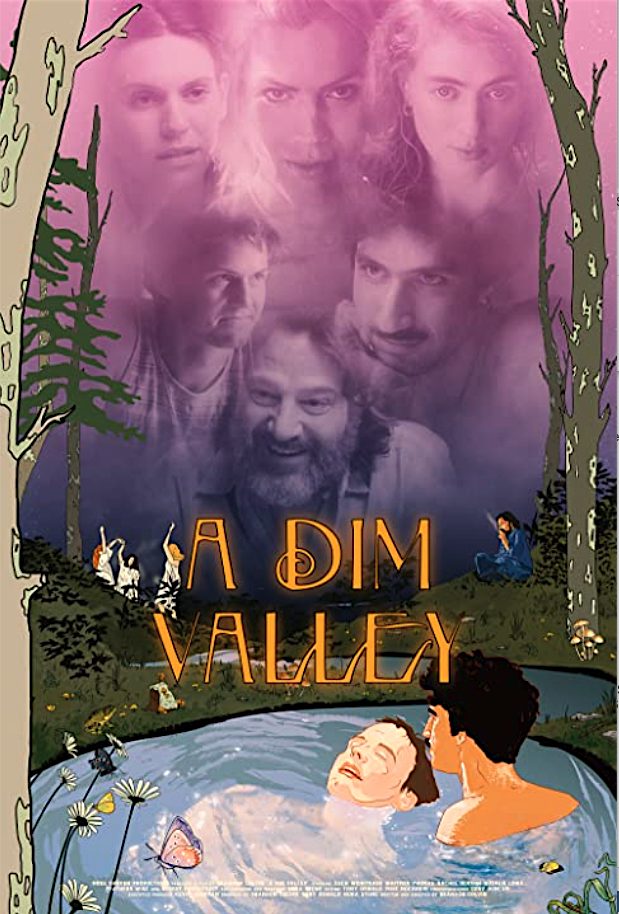 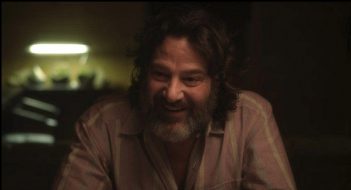 Los Angles, CA (The Hollywood Times) 7/11/21 – Currently screening at the Laemelle Theatres in Glendale is Brandon Colvin’s quasi-allegorical film “A Dim Valley” (2020), a “cabin in the woods” film shot in eastern Kentucky’s Rowan County in an area with a small population and magnificent forests including Cave Run Lake and Daniel Boone National Forest. This is Brandon Colvin’s third feature film and he being a native of Kentucky is drawn to this region of eastern Kentucky as inspiration for his films. Colvin is not particularly interested in standard narrative but prefers to play with characters in mythical folkloric ways that seem to run against the grain of standard realism. Graduate assistants Albert (Whitmer Thomas) and Ian (Zach Weintraub) stay out in the woods of eastern Kentucky with their biology professor, Clarence (Robert Longstreet), for field research. One night, Albert and Ian bump into three mysterious women, Iris (Rosalie Lowe) Rose (Rachel McKeon) and Reed (Feathers Wise). Ian thinks that they are an apparition but Albert encounters them physically and invites them into their cabin in the woods. These Dryads or wood nymphs are more than familiar with their forested environment and the film which begins as a bit of a stoner escapade soon turns into an allegory of sexual awakening on a midsummer’s night, where dream and reality blur. 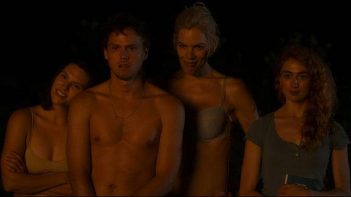 The camera work which was done by cinematographer Cody Duncum was softened by the use of nylons over the camera to produce a fairy-land mystique. Albert and Ian are stoners and not very bright, but those qualities alone don’t make them interesting characters. The most engaging presence in the film is the character of Clarence, the professor, played by actor Robert Longstreet, whose constant cigarette-puffing, hard-drinking persona seems brittle until the key scene with the reading of Tarot cards by the wood nymphs reveals his troubled fate and a key connection to his past. This is Rowan County, Kentucky, a virtually all-white rural mountain region, a mostly “dry” county where alcohol sales are limited and where Rowan county clerk Kim Davis refused several residents their right to marry in 2015. As he revealed in the Q&A after the screening on Saturday, director Colvin wanted to make a film that countered the generally negative impression of eastern Kentucky. So there is a midsummer night’s set of revelations in “A Dim Valley” where the characters are forced by the mysterious wood nymphs to deal with their repressed homosexual feelings. 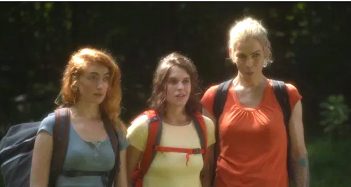 Writer/director Brandon Colvin doesn’t spoonfeed the audience and allows for plenty of room for interpretation, even when it comes to the backstory and true identities of Iris, Rose and Reed. Is there something supernatural going on? Are they metaphors for something perhaps? Or maybe they’re Albert, Ian and Clarence’s shared hallucination? The way that they’re introduced to the audience in the woods all-of-a-sudden suggests that they might not be real at all. What do they want from the three men? Like the fairies that Clarence recalls from his childhood imaginings, the dryads seem to offer the possibility of physical connection between men and also harbingers of fate. The final scenes with Clarence up on a rock outcropping, alone overlooking the vast forest of eastern Kentucky, seems indicative of the loneliness of a man who once knew love but lost it. Ripe with allegorical allusions, “A Dim Valley” seems to echo the spirit of the Japanese filmmaker Miyazaki, who Colvin admits as one of his key inspirations. As he said in an interview, “I wanted to tell a story and create a little world that might serve as an alternative version of my home.”