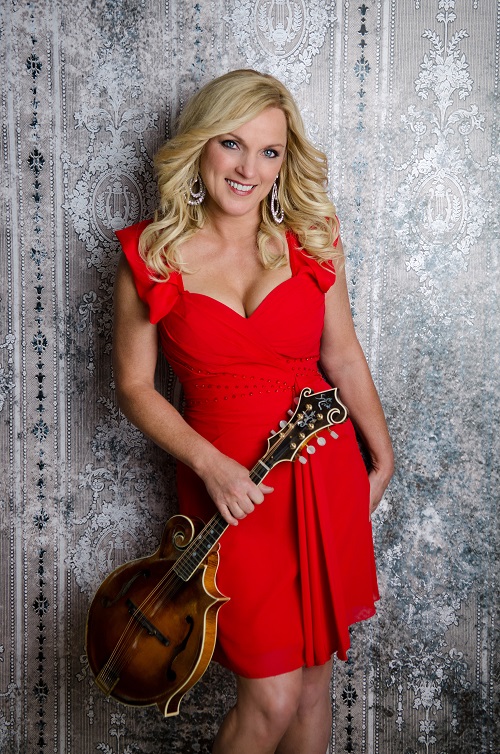 Rancho Cucamonga, California (The Hollywood Times) 02/12/2021 – “It was the longest time in history that someone was invited to join the Opry, which I was invited on February 28, 2020 and the induction was not until February 6, 2021.”  Rhonda Vincent, Queen of Bluegrass told The Hollywood Times during a telephone call.

Vincent was invited to join the Opry in February 2020 and was set to be inducted by Opry long-time member Jeannie Seely on March 24, 2020, prior to the pandemic.  So she was formally inducted as a member of the Grand Ole Opry last Saturday night by Opry member Dierks Bentley.

The Hollywood Times had the great privilege to have a conversation with Rhonda Vincent about her induction ceremony.

Rhonda joked as she received her award and stepped up to the microphone, saying “It’s been 343 days, seven hours, three minutes and five seconds.”  Of how many days it had been since her Opry invitation. “This is a night I will never forget and will cherish the rest of my life.  I am proof that dreams really do come true.”

The Grammy-winning Queen of Bluegrass Rhonda Vincent began her professional music career at the age of five, singing with her family’s band, the Sally Mountain Show. She picked up the mandolin at eight and the fiddle at twelve, performing with the family band at festivals on weekends. Rhonda struck out on her own, singing with the Grand Ole Opry’s Jim Ed Brown. Her opportunity eventually led to a deal with Rebel Records. Her work caught the attention of Giant Nashville’s president, James Stroud, who signed Vincent to record two contemporary country albums. After Giant, she signed with Rounder Records where her passion for traditional bluegrass music flourished. With the release of her debut album “Back Home Again,” “The Wall Street Journal” crowned Rhonda Vincent the New Queen of Bluegrass. 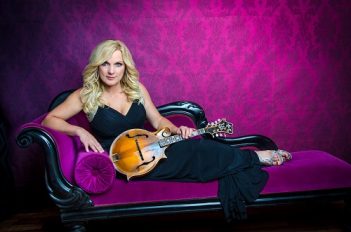 She’s a multi-award winner, with a Grammy for Best Bluegrass Album (2017), Entertainer of the Year (2001), Song of the Year (2004), and an unprecedented 7 consecutive Female Vocalist of the Year awards from the International Bluegrass Music Association (2000 – 2006). Her powerful vocal style transcends the boundaries of bluegrass music, as evidenced in her collaboration with Dolly Parton on the Elton John / Bernie Taupin Tribute Project “Restoration” 2018. Rhonda Vincent’s lifelong dream came true when she was invited to be a member of the Grand Ole Opry on February 28, 2020.

About The Grand Ole Opry:

Opry presents the best in country music live every week from Nashville, Tenn. The Opry can be heard at  opry.com  and wsmonline.com, Opry and WSM mobile apps, SiriusXM, and its flagship home, 650 AM-WSM. The Grand Ole Opry is owned by Ryman Hospitality Properties (NYSE: RHP). For more information, visit opry.com. 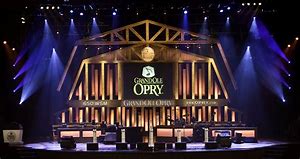 The Opry Member Gallery located at the artists’ entrance to the Grand Ole Opry House recognizes the more than 200 artists and groups who are either current members of the Opry cast or have been Opry members at some point in the show’s rich past. The gallery begins with the Opry’s very first featured performer, Uncle Jimmy Thompson, and continues chronologically with names of such past members as Ernest Tubb, Red Foley, Hank Williams, Porter Wagoner, Patsy Cline, and Tammy Wynette. While the plaques end with the Opry’s most recent inductee, there are plenty of spots for new members to be added, of course. Blake Shelton started a new Opry tradition in October 2010 when after his formal Opry induction he took it upon himself to personally add his name to the area.  Every new member since then has followed Shelton’s example, including Keith Urban, who made use of a pocket knife Marty Stuart had given him earlier that night to affix his plaque to the gallery.