Rancho Cucamonga, California (The Hollywood Times) 03/24/2021 – “I have folks that email me daily about how this song has touched their lives and to thank me for that.” Kelly Lang told The Hollywood Times during a phone conversation.

This is a story that is making a ton of noise! This is much more than a music story, it is a story about hope and overcoming anything, not just cancer.

Recently a single by singer-songwriter Kelly Lang was picked up by Ascension Hospitals for a national ad campaign. “I’m Not Going Anywhere” has soared in streams/sales going from virtually no activity to thousands.

Get your earplugs or earbuds and enjoy our entertaining conversation all about Kelly Lang:

Kelly has recently been featured/interviewed People.com, NewsMax, Huckabee, Dailey & Vincent Show and will be a special guest on NBCXL on April 9.

In mid-November, Ascension Hospital launched a national campaign with the song “I’m Not Going Anywhere.” After thousands of “Shazam” hits and Google alerts, this song has taken on a life of its own offering hope and comfort to millions in need right now. While people around the country have been asking “who is singing this song,” I would like to tell you. It is singer/songwriter Kelly Lang!

“I agree with Duane Allen of The Oaks Ridge Boys, that Kelly’s song “I’m Not Going Anywhere” is her “Elvira” song.  This song will go on to be a world-wide anthem for all heath care workers and caregivers.  It is just a beautiful song with words that will touch your heart.  My wish is to have each and everyone of you share this beautiful commercial and Kelly’s song to everyone you know and have them do the same.  Spread the love!” Judy Shields, The Hollywood Times

More About The Song:

Fifteen years ago, Kelly Lang had a dear friend who was a caretaker for a cancer patient and Kelly began writing “I’m Not Going Anywhere.” Shortly after, she began her own battle for her life after being diagnosed with breast cancer and being given very little hope. Instead of looking at this as a death sentence, Kelly looked at it as a life sentence and began living every day to its fullest, remaining positive and knowing she could beat this horrific disease. Now, fifteen years later, Kelly remains a champion for cancer survivors across the board and often helps with advice, encouragement and hope to many behind the scenes that no one will ever know about. Also, Lang brings her fans annually with her as she goes down the scary path of a mammogram and assures everyone that early detection is the key and to not be scared.

Her story opens on the road with her father, Velton Lang, the road manager of country legend, Conway Twitty. This is when country music began to take a hold of Lang’s heart.

She recorded her first Billboard single, ‘Lady, Lady’ at the age of 15. It caught the attention of the newly formed CMT network. They reached out to Lang requesting her to film a video of ‘Lady, Lady’ at their expense, and it subsequently became one of the first videos played on the new network.

Lang’s teen years found her on the edge of a breakthrough to major stardom while appearing regularly on Nashville’s well known ‘Ralph Emery Morning Show’ and TNN’s ‘Nashville Now.’ In addition, Lang received national attention as a frequent guest on ‘Music City Tonight’, with Crook & Chase. Bringing her rare distinguished vocal style to the
finals of ‘Star Search’, she generated great recognition from mainstream audiences.

Lang, a prolific songwriter and sultry vocalist has often been compared to legendary artist, KT Oslin. She’s a triple threat as she not only writes most of her own material, sings with such deep emotion, but has also produced every album during her career.

Lang released her album “Old Soul” on September 18th. The first two singles were “Drive” and “Every Breath You Take.” This 14 song album is a tribute to the pop hits of the 70s and 80s we all grew up loving. This is her 8th studio album and encompasses the songs she grew up listening to.

Lang, an accomplished oil painter, has portraits that can be seen in the homes of Oprah Winfrey, Sir Barry Gibb, Dame Olivia Newton-John, Larry the Cable Guy and Justin Timberlake’s parents. To view some of her paintings, visit here.

A 15 year breast cancer survivor, Lang lives each day with great enthusiasm and appreciation for life. “I wasn’t given the greatest news, in fact I could have looked at it as my death sentence. Instead, I chose to see it as my ‘life sentence’ and began to live my life much more courageously. I sang louder, wrote more boldly, and dreamed much bigger,” the artist remarks.  While enduring cancer, Lang turned to humor in order to help lift her spirits and show the world that laughter is the best medicine. 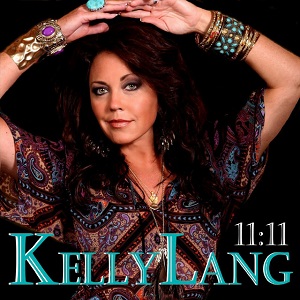 Lang released her third studio album, ‘11:11’ in 2011, which gathered high critical acclaim. The single and video for her popular breakup anthem “I’m Done” has received nearly 250,000 YouTube hits. Her fourth studio album, ‘Shades Of K’, a compilation of love songs, was released in April 2013. That same year Lang teamed up with husband and country superstar, TG Sheppard for the creation of the album, ‘Iconic Duets,’ which featured some of the greatest duets of all time and gained rave reviews. She released ‘Throwback’ in March 2016 which featured duets with superstars such as Dame Olivia Newton-John, Lee Greenwood and Paul Shaffer of ‘The Late Show’ with David Letterman.’ In October 2017, she put together an album entirely of self-penned songs titled  ‘Obsession.’ While shedding light on an emotional side, Lang allowed every listener an unguarded look, revealing bits and pieces of her life.

In the spring of 2020, Lang re-released her children’s album ‘Lullaby Country,’ which was originally sold at Cracker Barrel stores nationwide.

She created the comedic character named, XOXO who knew no limits or boundaries when it came to chasing her dreams. She packed her trailer and moved to Nashville, parking it about a mile from the Grand Ole Opry so she would always be close in case the Opry would ever need her. https://www.kellylang.net/comedian

XOXO made her national television debut on TBN’s ‘Huckabee’ in 2018.

With the creation of multiple melodic masterpieces, Lang provides a desirable balance of intriguing emotions that help untangle troubled hearts. Audiences of all ages come to witness the museum of musical charm that is Kelly Lang; featuring her upcoming album ‘Old Soul’ as the latest exhibit.

Mistress Eva Gets Back to Business with LA / NYC Travel Dates in April, May