The first episode is now available for streaming on our site and on the free PBS App: https://www.kcet.org/shows/lost-la 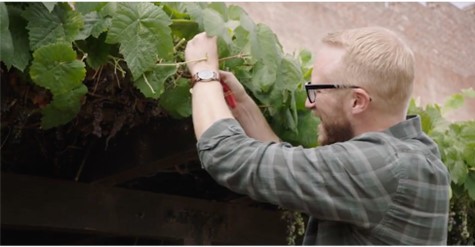 Select programming will also be available to stream on PBS.org and the free PBS App.

KCET, showcasing the best of PBS while being the leading source for arts, culture and news in Southern California, announced earlier this month, the return of the Emmy® -winning historical documentary series LOST LA. The program is a co-production with the University of Southern California Libraries, part of their longstanding commitment to building public engagement with regional history collections.

Public historian and writer Nathan Masters returns as Host with untold histories behind the Red Car rail transit system, winemaking, Los Angeles’ prehistoric landscapes, the Japanese-American community of LA’s Crenshaw area and LA as a sanctuary during WWII for Europe’s most accomplished artists and intellectuals. Season five of LOST LA premiered last Sat., Mar. 19 on KCET in Southern California with encores airing the following Tuesdays on PBS SoCal at 7 p.m. Following the broadcast, each episode will stream at kcet.org/LostLA and pbssocal.org/LostLA and on the free PBS app.

Now in its fifth season, LOST LA explores the region’s hidden past through documents, photos and other rare artifacts from California libraries and archives. Since its premiere in January of 2016, the series has continued to challenge the assumption that Los Angeles is a city without a history. Instead, LOST LA offers a history of Southern California that is not often told, or has been forgotten, bringing primary sources of Los Angeles history to the screen and connecting them to the Los Angeles of today.

The episodes will be telecast as follows (subject to change):

Los Angeles dismantled one of the greatest rail transit systems in the nation. In this episode, search for a sunken Red Car off the coast of Redondo Beach, explore remnants of the Pacific Electric, ride a restored streetcar with Southern California Railway Museum co-founder Harvey Laner and visit the site of L.A.’s newest rail transit project, the Crenshaw Line.

Before the movies, before aerospace, oranges and oil, there was wine. This episode explores a largely forgotten age when winemaking was Southern California’s principal industry. Pick grapes from the oldest vines in Los Angeles, learn about the laborers who built the industry and meet enterprising winemakers who are resurrecting a long-lost Southern California tradition.

Southern California’s climate has changed over the millennia. In this episode, sift through a natural archive of climate change at the La Brea Tar Pits, explore the remnants of a sunken super-island off the coast of Ventura and visit a natural tar pit in Ojai that might serve scientists in the distant future.

During World War II, Los Angeles served as a sunny sanctuary for European artists and intellectuals fleeing Nazi persecution. In this episode, explore the archive of the Nazis’ “Public Enemy Number One” at USC’s Doheny Memorial Library, tour a Pacific Palisades house that hosted spirited literary salons and visit the Paramount Pictures studio lot, where exiles set the stage creatively for the filmmaking industry.

LOST LA is supported by the California State Library, the Frieda Berlinkski Foundation and other generous institutional funders.

For more information about LOST LA and to watch episodes online, visit kcet.org/LostLA.

KCET is part of the donor-supported community institution, the Public Media Group of Southern California, which was formed by the merger of PBS SoCal and KCETLink Media Group. As one of Southern California’s two flagship PBS stations, KCET is on-air, online as well as in the community, and plays a vital role in the cultural enrichment of Southern California. KCET offers a wide range of award-winning local programming as well as the finest public television programs from around the world. Throughout its 55-year history, KCET has won hundreds of major awards for its local and regional news and public affairs programming, its national drama and documentary productions and its website, kcet.org. For additional information about KCET’s original productions, web-exclusive content, programming schedules and community events, please visit kcet.org. KCET Originals and PBS programming are available to stream on the FREE PBS App on iOS and Android devices, Roku, Amazon Fire TV, Apple TV, Android TV, Samsung Smart TV, and Chromecast. KCET is also available to watch live on YouTube TV.

The USC Libraries actively support the discovery, creation, and preservation of knowledge at the University of Southern California and beyond. The libraries serve as host institution for L.A. as Subject, an association of more than 267 libraries, cultural institutions, official archives, and private collectors dedicated to preserving and telling the sometimes-hidden histories of the Los Angeles region. Southern California history is among the USC Libraries’ prominent collections and programming strengths, and Lost LA is an emblem of USC’s connection and commitment to Los Angeles as a Pacific Rim megacity.