The Hollywood Times had the opportunity to speak with Savannah Bananas owner, Jesse Cole about his extraordinary and amazing baseball team.  I just happened to meet up with him in August for D23, where he was a guest of ESPN+ to talk about his show “Bananaland” so it was a meet and greet and a chance to talk about an upcoming interview.

Enjoy our conversation about all things Savannah Bananas:

This is one event you can’t miss, and I surely won’t miss it, especially because they are coming to my home town of Rancho Cucamonga, the Loan Mart/Quakes Stadium!  They will be out in Rancho Cucamonga on Friday and Saturday, July 21st and 22nd.  For those that live close to a Metrolink train station, like Union Station, San Bernardino County and Orange County, you can take the train to the Rancho Cucamonga station and catch an Uber to the Loan Mart/Quakes Stadium a short distance away.  Here is a link to find out more about taking the train to Rancho Cucamonga.  Make a day of it and there is multiple restaurants and fast food places to eat.

Here are the tour dates to check out and share them with your friends and family who might live in these cities, because it will be worth their time to go and be Entertained!

The Bananas will face off against their rival, the Party Animals, as well as other professional baseball teams during the tour.

“Bananaland” – Discover how Savannah Bananas baseball is combining new rules and entertainment to create the greatest show in sports.

All episodes available on ESPN+. Click on link below to find out about this amazing show and all things Savannah Bananas.

Jesse also talked a little about his two books. Click on the link to buy your copies today. 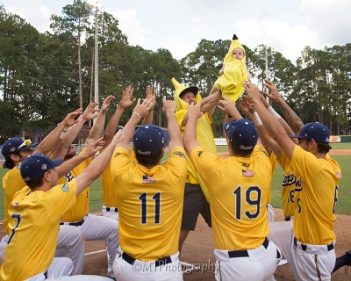 We launched the Savannah Bananas on February 25, 2016 and immediately received national recognition. Trending on Twitter and shoutouts on SportsCenter and Good Morning America came within the first 24 hours.

Bananas merchandise was sold to all 50 states. Not to mention 6 countries.

Fast forward to the 2016 season and the storybook year continued. We broke the stadium attendance record as 18 of the 25 games sold out. The team took the league by storm and won the Coastal Plain League Championship.

Other awards would follow such as Organization of the Year, Executives of the Year and Sports Event of the Year.

More than anything, we became a part of the community. We made a difference. And that’s what makes us most proud.

The Coastal Plain League is considered one of the top prospect leagues for professional players in the country along with the Northwoods League and Cape Cod League.

Players can be drafted by professional teams once they graduate from high school. Those that choose to enroll in a four year university then cannot be drafted again until they turn 21 years old. Our players are those playing at major colleges such as University of Georgia, Texas A&M, Alabama, Georgia Southern, Lander University, Wofford College, along with many others. Players on our roster have been recommended to our team by scouts and college coaches wishing to see those players compete against top-notch competition. 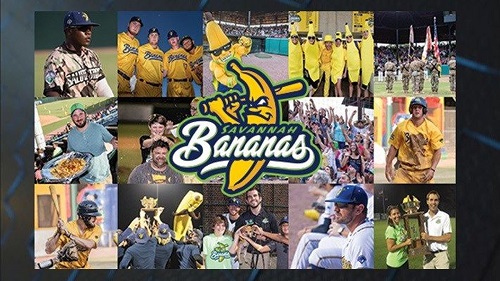 Over the past seven years, the Savannah Bananas have partnered with hundreds of different schools, churches, organizations, and non-profits and have raised over half a million dollars through fundraising. Community organizations are able to raise money through ticket sales, keeping a portion of the revenue of tickets sold. 50/50 raffles are held for additional fundraising and each game has a featured non-profit of the night.