Pull up a chair, grab a drink of choice and gather around your viewing device and enjoy our conversation:

DvG: Conquering Giants is a new virtual reality game based on the heroic and timeless tale of David vs. Goliath.  Jarom has played an integral part of some of the past decade’s blockbuster films such as “The Avengers,” “Avatar,” “The Hobbit,” “The Adventures of TinTin,” “Man of Steel” and “Transformers.” Known for bringing fantastical creatures and characters to life in film, he recently decided to turn his attention to the world of gaming to work on DvG – a passion project of his. 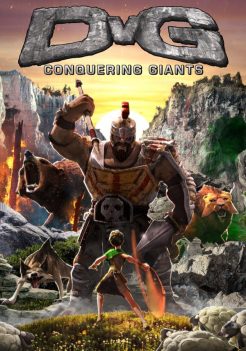 “I was lucky enough to learn at the feet of Hollywood giants like Spielberg, James Cameron, Peter Jackson, and a myriad of others,” says Jarom. “I loved watching these directors craft compelling, exciting, and engaging stories. When the opportunity arose to create an immersive VR game that put the player in the shoes of young shepherd boy David, the greatest underdog in history, I jumped at the opportunity!” 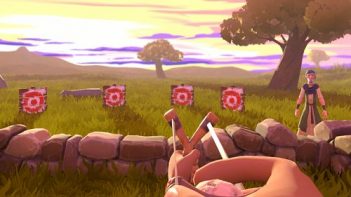 Published by Virtuous VR Gaming (VVRG), DvG was created as a positive alternative to the majority of gaming content on the market that lacks in moral values with “M” (Mature) ratings. DvG provides a wholesome interactive experience with content that’s safe and fun for everyone – from kids to families, experts and novice gamers. Check out the trailer HERE. 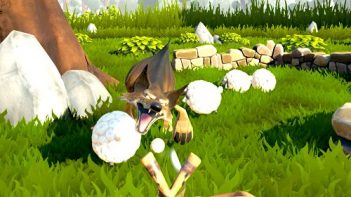 DvG is a reimagined immersive experience that puts players in the shoes of a young King David, a shepherd boy. Featuring a vastly detailed world of exploration, the player must protect their flock from predators like wolves, bears, and lions before taking on the giant, Goliath himself. True to the story’s narrative, David is only armed with a sling – a unique-to-market VR SLING! Currently available on Oculus Rift S, Vive & Steam VR, Steam, plans are underway for DvG to release on additional platforms this year, including Oculus Quest 2 and PlayStation VR. 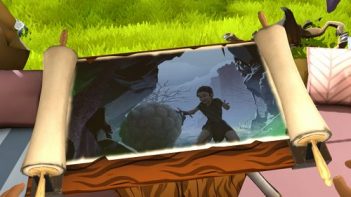 The gaming numbers from this last year alone have shown unprecedented growth with 82% of consumers worldwide playing video games, and DvG is a new product that is poised to influence the future of positive gaming for all generations.

Sidwell created Immersive History, a software company focused on bringing the past to life through immersive storytelling and gaming using Virtual Reality, Augmented Reality, and Mobile Apps. Immersive not only focuses on wholesome games for families but has also created immersive, education-focused training simulations for Kellogg’s, McDonald’s, and Walmart. 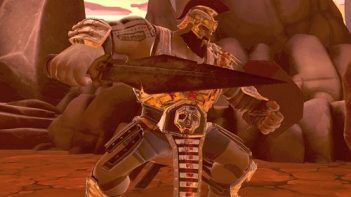 The next project slated to release under Sidwell’s direction is the VR game “DvG: Conquering Giants” – a reimagined immersive experience based on one of history’s greatest duels (David vs Goliath). Armed with a unique, powerful sling, gamers will fend off ravenous wolves, ferocious lions, and a massive bear before battling the giant himself (Goliath). 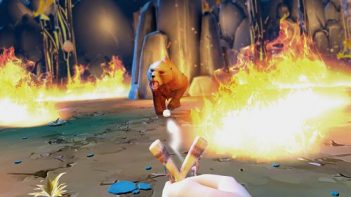 To learn more about what Jarom and his team are up to, visit: Home | ImmersiveHistory.com