Rancho Cucamonga, California (The Hollywood Times) 04/28/2021 – “I’m just having a great time in life and looking forward to being out on the road once again,” T. Graham Brown told The Hollywood Times this past week.

Be prepared to have a good laugh with us during our conversation! Enjoy…

Mr. T. Graham Brown has been keeping himself busy this past year, despite the pandemic.  He has enjoyed working on the farm with his wife of 40 years, Sheila. They married in 1980 and have a son, Acme Geronimo Brown born in 1989.

Active since 1973, Brown has recorded a total of thirteen studio albums, and has charted more than twenty singles on the Billboard Hot Country Songs chart. Three of these singles — “Hell and High Water” and “Don’t Go to Strangers” from 1986, and “Darlene” from 1988 — reached Number One, and eight more made Top Ten. 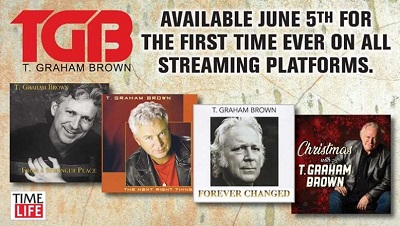 T. Graham Brown joins forces with Time Life to reissue four of his albums in digital format. From a Stronger Place, The Next Right Thing, Christmas with T. Graham Brown and his GRAMMY-nominated album Forever Changed (featuring Leon Russell, The Oak Ridge Boys, Steve Cropper, Jimmy Fortune and more) is available on major digital and streaming platforms via Time Life. 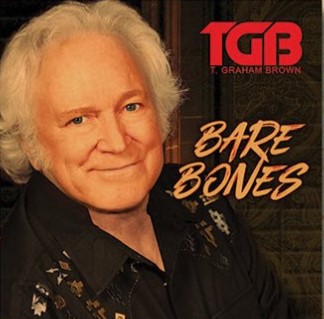 T. Graham Brown is the guest host of SiriusXM’s show LIVE WIRE, which premiered back September 4, 2019 at 10/9c on Prime Country, Channel 58. LIVE WIRE is a one hour show that showcase live cuts & interviews with some of his closest friends and heroes, sharing fun stories and candid moments about life on the road.

How subscribers can listen:
SiriusXM subscribers are able to listen on SiriusXM radios, and those with streaming access can listen online, on-the-go with the SiriusXM mobile app and at home on a wide variety of connected devices including smart TVs, devices with Amazon Alexa or the Google Assistant, Apple TV, PlayStation, Roku, Sonos speakers and more. Go to www.siriusxm.com/streaming to learn more.

T. Graham Brown is excited to announce his partnership with HillBilly Iced Teas and Lemonade. 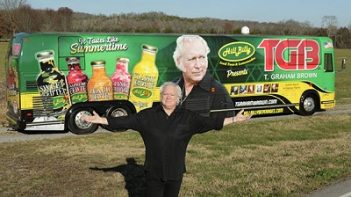 “Man, from one hillbilly T. (that’s me, of course) to some great tasting HillBilly Tea, I am really excited to partner with Mike and his team to help spread the word about their beverages because I have been drinking this stuff for a while now and absolutely love it. Now, you can pick up both my album and some lemonade or tea at Walmart,” says Brown. “As we get back to touring next year, we will be traveling in our newly wrapped bus that I am excited to unveil.”

“We are extremely excited to partner with T. Graham Brown,” says Mike Abbaticchio, president HillBilly Brands. “T. Graham started making music four decades ago and continues to remain relevant releasing new music, hosting his own SiriusXM radio show, and touring eighty to hundred shows a year. We believe it’s a perfect fit for us to align our brands and see where 2021 takes us, hopefully, we will be making these great-tasting beverages for the next four decades.”

T. Graham Brown’s bus was designed and wrapped by WrapArtist.com

HillBilly Beverages LLC is a privately held company that is based in Boca Raton, FL. After gaining exposure from the hit TV show Shark Tank, the company expanded into the beverage market with iced teas, lemonades, and bourbons. Over the past few years, HillBilly Beverage’s distribution has grown to over 30 states and a variety of retailers. For more information, visit www.HillBillyBeverages.com.

“I’m having more fun out there now than I ever have had. I’m not out there chasing the hits. I’m just trying to stay out there. We’re planning on doing another Gospel record later this year. I’m doing some acting, which I am enjoying. I’m no great actor, but as long as they keep calling me, I’ll keep doing it. It’s a lot of fun.” And, for T. Graham Brown, it’s all about a career that he enjoys. He’ll tell you with a grin, “I’ve got a band and a bus, and I’ll keep taking the music to the people as long as God lets me. It’s what I love to do!”

In March 2020, shortly after quarantines began in response to the COVID-19 pandemic, T. Graham Brown began searching for a way to continue reaching fans with his music. He called upon several of his fellow artists, including Wade Hayes, Bryan White, Tim Rushlow, Ronnie McDowell, David Frizzell, Tim Atwood and Lulu Roman, to launch Hats Off To the 80s & 90s-The Music Continues.

The artists began offering acoustic performances from the 615 Hideaway Studio in Mt. Juliet, Tennessee, and their efforts have now earned the group a Telly Award, with a Bronze win for Social Media Live Event.

“Man, you know we pulled this together in like four days and it was a labor of love,” says T. Graham Brown, who served as the Executive Producer for the show. “I called on a few friends who didn’t feel comfortable getting out and I completely understood. I then called some others and they were like ‘Sure, as long as we are all gonna be safe about it’. I never expected anyone to really pay much attention to what we were doing, to be completely honest about it. To win an award for doing something from the heart is really a pretty cool thing.”

T. Graham Brown has recorded 15 studio albums and charted more than 20 singles on the Billboard charts. He has had multiple number one hits in country, gospel, and blues. Brown’s voice is also recognized from his singing in advertising campaigns for McDonald’s, Disneyland, Almond Joy, Coca Cola, Dodge Truck, Ford, Hardee’s, and many others including the Taco Bell ‘Run For The Border’ television spots. In early 2015, Brown released his latest Grammy-nominated album, Forever Changed, which featured collaborations with Vince Gill, Jason Crabb, The Oak Ridge Boys, Jimmy Fortune, and more. In 2019, Brown became part of the SiriusXM family as host of Live Wire with T. Graham Brown airing monthly on Prime Country Channel 58. In 2020, Time Life partnered with T. Graham to reissue several of his classic albums and in October released an acoustic album of hits titled Bare Bones. T. Graham Brown still actively tours throughout the year, including multiple appearances on the legendary Grand Ole Opry and television appearances such as Larry’s Country Diner and Country’s Family Reunion. Brown’s uniqueness has made him one of the most beloved and iconic performers of the day.