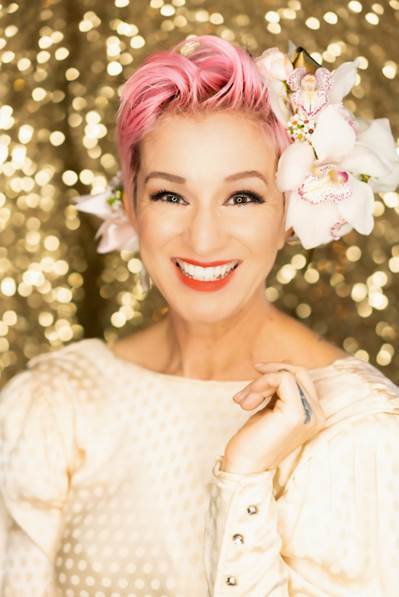 Los Angeles, CA (The Hollywood Times) 03/08/2022 – “‘I Can’t Help It’ sets the stage for the rest of “TOGETHER WE CAN” in both sound and feel. It is full of joy, as I think you can hear in both my and Charles Jones voice!” Crystal Lewis told The Hollywood Times about her new single.

Three and a half decades since launching her mega-successful career as a CCM artist – and three years after her last jazz vocal album, “RHAPSODY” – Lewis will release one of her most empowering and dynamic musical events yet with “TOGETHER WE CAN,” a collection featuring vocal duets, ensemble originals and re-imaginings that showcase and celebrate the joys of collaboration, friendship, and creative camaraderie, as the world collectively emerges from a time full of profound and dispiriting isolation.

It was a pleasure to have a conversation with Crystal Lewis. Put on your favorite earbuds or headphones and enjoy our video interview:

“‘I Can’t Help It’ is a true jazz classic that will have you moving and grooving, which we all need a bit of that in our lives today.  Don’t miss your opportunity to get this single.” Judy Shields – The Hollywood Times

Crystal Lewis dominated the CCM charts for an entire decade, reaching a commercial peak in the genre with her Billboard Top 5 albums “Let Love In” (1990) and “Beauty for Ashes,” (1996), in addition to “Gold” (1998) and the Grammy® nominated “Fearless” (2000), which collectively sold hundreds of thousands of units and inspired young future superstars like Katy Perry and Tori Kelly. In 1999, Kirk Franklin – who later produced the background vocals on “Fearless” – invited Crystal to sing on his Grammy nominated original “Lean on Me” with R. Kelly, Mary J. Blige and Bono – and she joined the others in a performance of the song at the Grammy Awards. Two of the Dove Awards she won in 1998-99 were for her Spanish language albums “Oro” and “La Bellessa de la Cruz.” She planted the seeds of her current jazz-oriented recordings with the release of her Christmas album “Holiday!” (2000) performed with the Peter Erskine Trio. 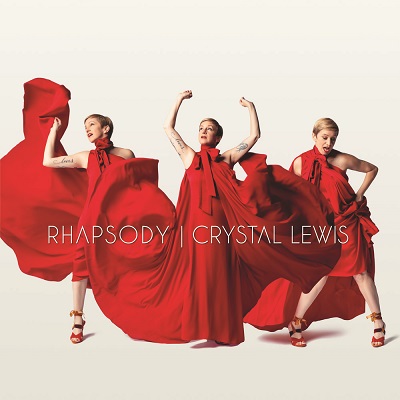 In many ways, the concept for the project evolved organically from the many SoCal shows Crystal and her band played after releasing Rhapsody in 2019. In addition to becoming part of the region’s contemporary jazz community via a once a month residency at Spaghettini in Seal Beach (where she held the CD release party), she performed a show called “Standards at the Standard” in L.A., Jax in Newport Beach, and various other venues. She often invited vocalist friends to join her, most memorably asking Charles Jones to sing the Michael Jackson song “I Can’t Help It” (one of Crystal’s all-time MJ favorites) with her at Spaghettini and doing a swing version of “Get Happy” with Lia Booth as guests at one of Guerrero’s shows at the L.A. jazz club Vibrato.

Those performances with Jones and Booth translate beautifully to the album, with Crystal joining Jones for a sparkling jazz twist on “I Can’t Help It” and Crystal and Booth doing a sensual, then torchy spin through a medley of “Happy Days Are Here Again/Get Happy” on the wings of Guerrero’s buoyant big band arrangement.

“The project definitely took root in those early live performances,” says Crystal. “We can get so caught up in life on social media, and that swirl of isolation and independence, that I thought it might be interesting to do something different and put out an indie project with other artists to show that there’s still strength in sharing the spotlight, and shining a light on everyone, and not just on myself. This is why I chose to collaborate with artists and friends I greatly respected. There’s a lot of stylistic diversity, but this jazz, pop, R&B setting is the space where I feel most comfortable expressing myself. I wanted to keep the momentum that started with Rhapsody going.”

Crystal sets her ambitious intentions for Together We Can with the powerful title track, a rousing, gospel infused anthem (sung in quartet with veteran Broadway performers Eden Espinosa, Kamilah Marshall and Terron Brooks), that speaks to the social justice issues of our time: “We can see the beauty in our diversity/We can trade division for peace and unity. . .Together we can . . .we can pave the way for future generations/Their tomorrow starts today.” That togetherness theme is playfully emphasized on the album’s other big band romp, a rousing duet of the nearly 100 year old evergreen standard “Side By Side” with Kate Flannery.

Crystal and Guerrero artfully balance the vibrant songs of unity and charming and elegant romantic ballads like “If We Ever Meet Again” (featuring a beautiful trumpet solo by Artruro Sandoval) and hypnotic piano ballad “Luckiest” (with vocalist Mike Murray), with poignant gems that allow the singer to share a more intimate side of her artistry.

One example is her heartrending re-imagining of R.E.M’s “Everybody Hurts” with Ty Herndon, which clearly also has universal applications two years into the pandemic. Crystal’s soaring duet with Tori Kelly (a longtime fan) on the funky, brass fired R&B-flavored “She Was Here” finds Crystal taking stock of her own career, the legacy she wants to leave and the legacies of the many great female artists whose great passion sparked her own. Extending a tradition of recording some of her most beloved albums in Spanish, she includes on Together We Can a Spanish language version of “She Was Here” as a duet with Ally Brooke, a onetime member of Fifth Harmony. 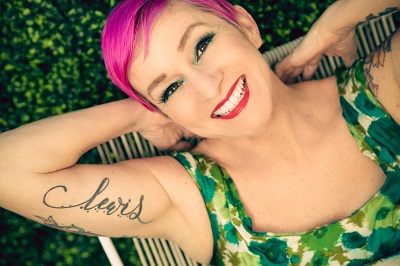 “I was inspired by the young women who have told me that I’ve been an inspiration and motivation for them,” Crystal says. “I am endlessly inspired by my own daughter, who in turn, along with these other incredible ladies, are now inspiring others. And of course I pay my respects to those who paved the way for and initially inspired me.”

Hands down, the most personal original song on the album is the dreamy contemporary soul-jazz ballad “I Won’t Forget You,” which appropriately features Crystal singing in perfect harmony with her talented adult children, Solomon (28) and Isabella (26). The singer wrote the deeply affecting tune for her mother, who has Alzheimer’s and now resides in a memory care facility – but Crystal says she feels they could also be singing it about her because, she says, “Mom and I did the same things for our kids.

“When my dad and I dropped her off at her new place,” Crystal says, “she turned back and said to us, in her customary funny and dry tone,  ‘Don’t forget me’, and laughed. She had no idea the weight of her words. I wanted to write the song to her, for her, but also in a way that my kids could sing it to/for me. And I to/for them. It was the first time that my kids and I recorded together…Emotional doesn’t even begin to describe the experience.  A song inspired by the most emotionally horrific experience I can remember led to the best recording session of my life.”

Both lyrically and stylistically, Together We Can seem worlds away from Crystal’s 90’s heyday as one of Contemporary Christian Music’s top female singers – but she prefers to see it as artistic growth in response to her desire to explore other vistas. As the daughter of a pastor, the SoCal raised singer loved listening to gospel music greats like Andre Crouch and The Winans, but she was equally uplifted and impacted – as she’s been throughout her life – by Aretha Franklin, Billie Holiday, Ella Fitzgerald and Michael Jackson. After starting her career singing with a CCM rockabilly band called Wild Blue Yonder at 15, she signed her first solo artist deal with Frontline Records, and released her 1987 debut album Beyond the Charade at 17.

Thinking back on her multi-faceted years as a force in popular music, Crystal Lewis likes to use a metaphor based on a special hiking trail near her home in Southern California. When she gets to the top of the hill, the four time Dove Award winning, three time Grammy nominated singer/songwriter pauses and breathes. Just when she thinks about turning around, she takes in the beautiful scenery, looks down and expresses awe and gratitude for just how far she’s come.

Crystal dominated the chart for an entire decade, reaching a commercial peak in the genre with her Billboard Top 5 albums Let Love In (1990) and Beauty for Ashes, (1996), in addition to Gold (1998) and the Grammy nominated Fearless (2000), which collectively sold hundreds of thousands of units and inspired young future superstars like Katy Perry and Tori Kelly. In 1999, Kirk Franklin – who later produced the background vocals on Fearless – invited Crystal to sing on his Grammy nominated original “Lean on Me” with R. Kelly, Mary J. Blige and Bono – and she joined the others in a performance of the song at the Grammy Awards. Two of the Dove Awards she won in 1998-99 were for her Spanish language albums Oro and Bellessa de la Cruz. She planted the seeds of her current jazz-oriented recordings with the release of her Christmas album Holiday!, performed with the Peter Erskine Trio.

“Even during the years when I was on major Christian labels and my focus was recording in the CCM industry,” she says, “my albums often had an unusual mix of genres, with hymns and ballads alongside rock tunes and jazz leaning songs. I also changed my hair color a few times. I realize now how much of a handful I must have been for these major labels! My decision to do things my own way that were out of the box was not intentional. I just wanted to explore new ways of expressing myself, and I’ve simply decided to keep doing all these things.

“Breaking out of the CCM box has been a challenge because so many fans said this is how they knew me and wanted me to stay there for them,” Crystal adds. “I’ve found freedom from that mold these past six years as I’ve taken control of my career, managing myself and starting my own label. It’s about my soul doing the thing that lights me up the most and feels the most authentic from an artistic standpoint – and happily I’ve found that it resonates with the majority of my fans, who have stuck around. I’m so delighted by their support and encouragement. I feel like I’m pushing the envelope for others so they don’t have to stay in an artistic box either.”